18’S BACK TO WINNING WAYS 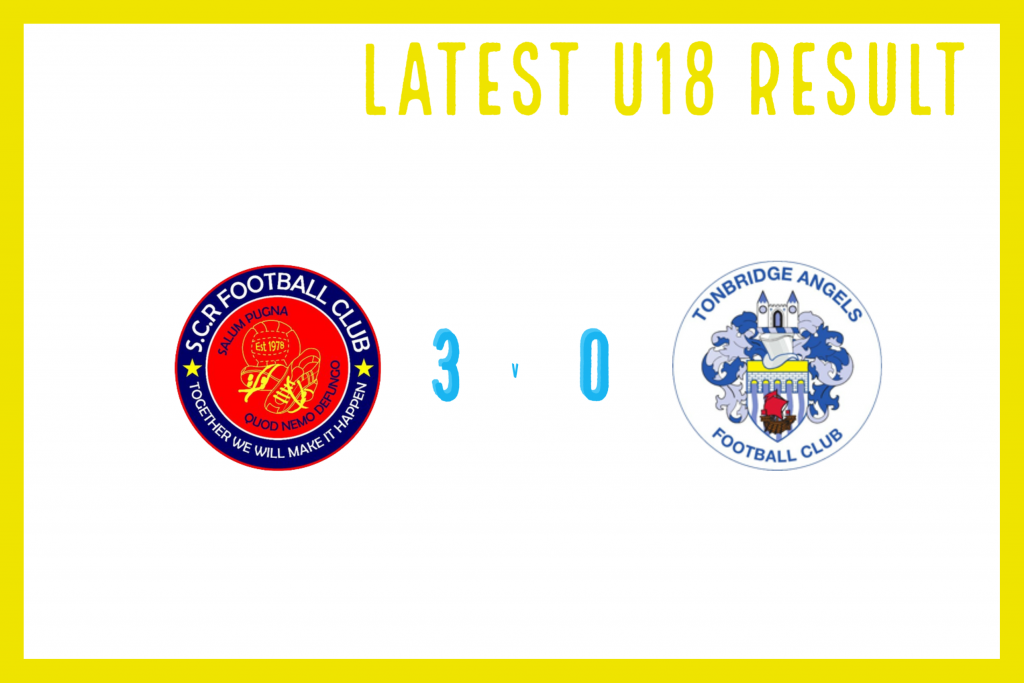 The U18’s returned to winning ways last night when they secured a hard fought 3-0 win over a battling Tonbridge Angels side.

In a tight first half, the lads finally made the breakthrough shortly before half time, when a low cross found Cameron Dobell who slotted home to give us a 1-0 lead to take into the break.

We were playing some tremendous football, moving the ball quickly and causing numerous problems for the Angels backline.

It was 2-0 midway through the half when a low cross into the Tonbridge area was only half saved by the keeper and Harry McKnight was on hand to force home the loose ball.

We missed a glorious chance to increase our lead when McKnight was hauled down in the area, but the Angels keeper Matt Larkin did superbly to make the save and keep the score at 2-0.

Scoring was rounded off by the almost obligatory Ollie Hamstead headed goal in the last minute.

The win sees us move up to second in the table, and puts us in good shape, ahead of Friday night’s trip to league leaders Cray Valley PM – that should be an absolute cracker.

The downside to the evening was seeing forward Harry McKnight stretchered off, we hope it was precautionary and not to serious.