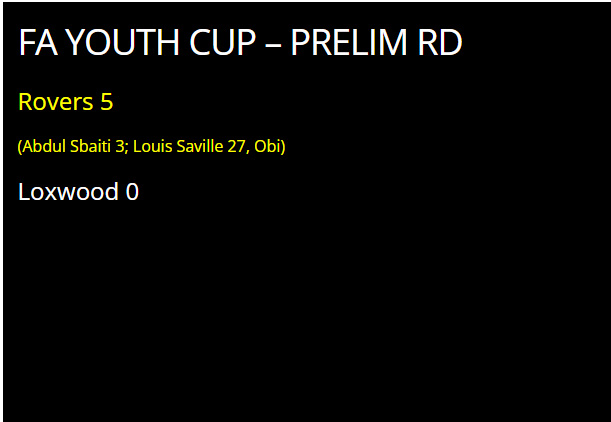 A hat-trick from Abdul Sbaiti helped ease the U18’s into the next round of the FA Youth Cup last night after an ultimately comfortable 5-0 win over Southern Combination Loxwood FC.

After an opening 25 minutes of few chances there was very little to suggest that either side would run away with the fixture. We struck first on 27 minutes through a Louis Saville free kick and looked to be taking a slender lead into the break, but a late quickfire double from Abdul Sbaiti took us into the interval with a comfortable 3-0 lead.

Sbaiti struck again in the second half and a late Xavi Obi goal gave us the 5-0 win.