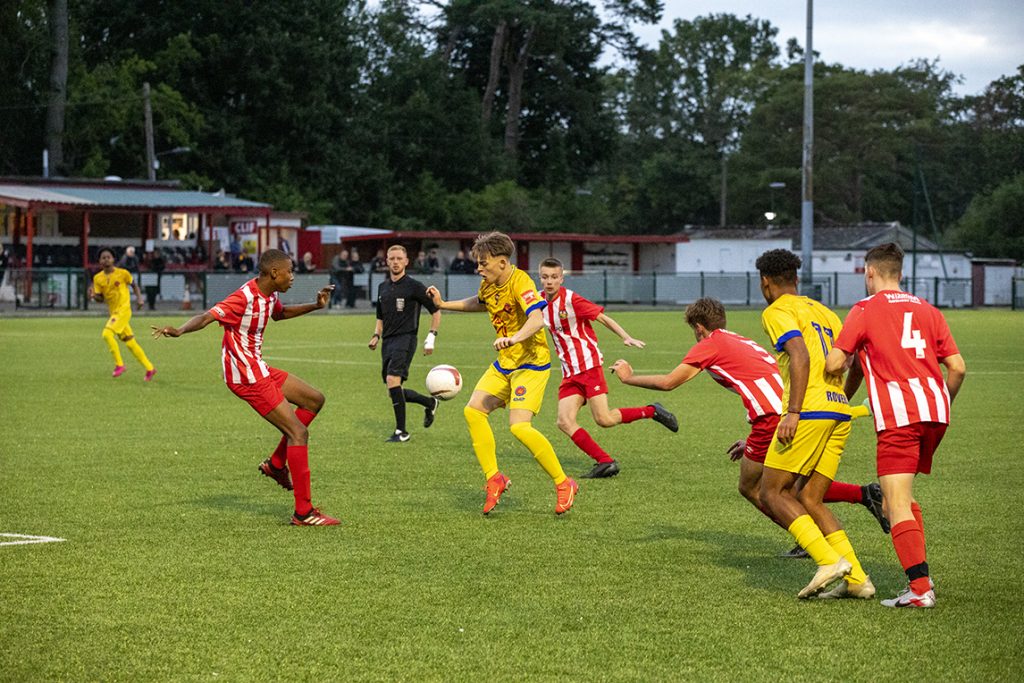 An outstanding performance by the U18’s, in their first run out as an SCR team, saw them ease to an 8-0 victory in the FA Youth Cup, away at Steyning Town on Thursday night.

Moving the ball nicely the lads overwhelmed their opponents in the opening 25 minutes, and had quickly established a three goal cushion. George Vincent opened the scoring on ten minutes, and was 2-0 ten minutes later when Tom Jones forced the ball home from a corner.

A superb jinking run on 23 minutes by left back Louis Seville saw him make it 3-0, and five minutes later it was 4-0. A stunning ball by Bobby Moore saw him find Tyler Falzon and he tricked his way passed three players to give us a four goal cushion at half time.

It was a similar story in the second half, Seven minutes in, and it was 5-0, great work on the left by Seville saw him evade both challengers and a tiny pitch invader before squaring to Vincent who calmly fired home his second. Substitute Harry McKnight made it 6-0, just after the hour, firing home from close range, and it was 7-0 ten minutes from time when Jake Riddington fired home from the edge of the box.

Scoring was completed eight minutes from time with a high quality goal, a fizzed 50 yard pass, a neat touch and a corker of a finish by committee man of the match Ollie Hamstead.

The lads now travel to Redhill in the First Qualifying Round, date to be confirmed.