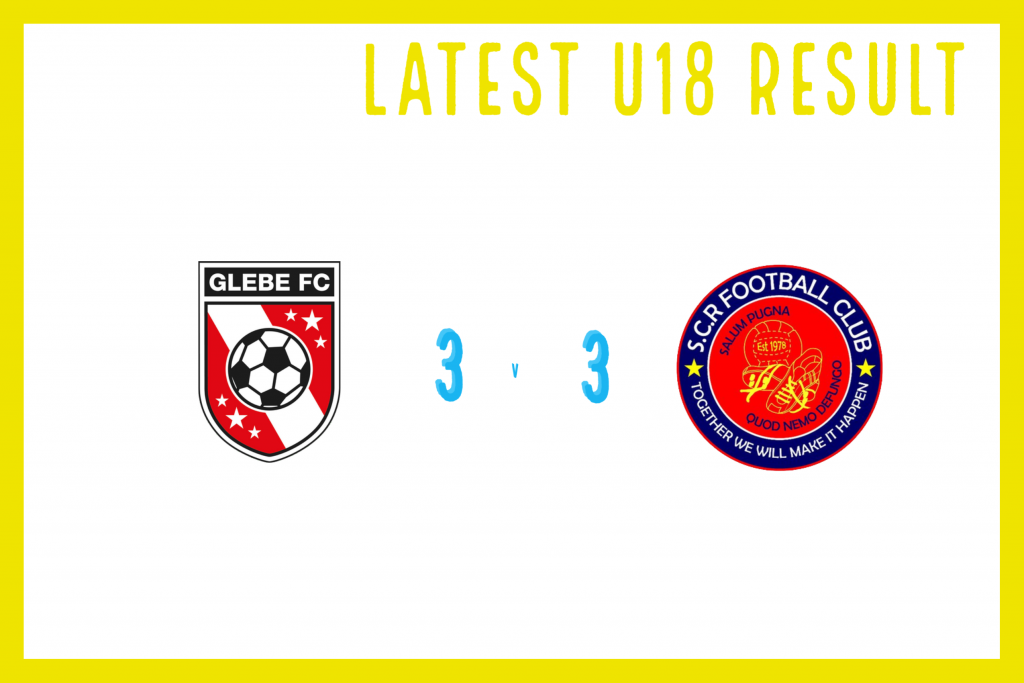 The U18’s maintained their unbeaten league run when a thrilling encounter saw them pick up a point in a 3-3 draw away at Glebe on Wednesday night.

Despite missing the injured Bobby Moore, Toby McKimm and Ollie Hamstead, the lads started strongly and took the lead through a Benjamin Olowu header. Glebe responded positively and were level with a header of their own.

However it was us who struck next, whhen a fierce Dimitris Savva strike from 30 yards took us in at the break 2-1 up.

The scores were level early in the second half. A quick counter attack down the right led to a low cross and a tap in at the back post.

Once again we responded positively, and Olowu (a defender), broke the Glebe offside trap and calmly stroked it beyond the keeper for 3-2.

The Glebe lads were proving difficult to shake off, and deservedly levelled late on with a powerful header give them a share of the spoils in a 3-3 draw.

Two wins from our remaining six games will give the lads the title and a place in the Champion of Champions Cup.