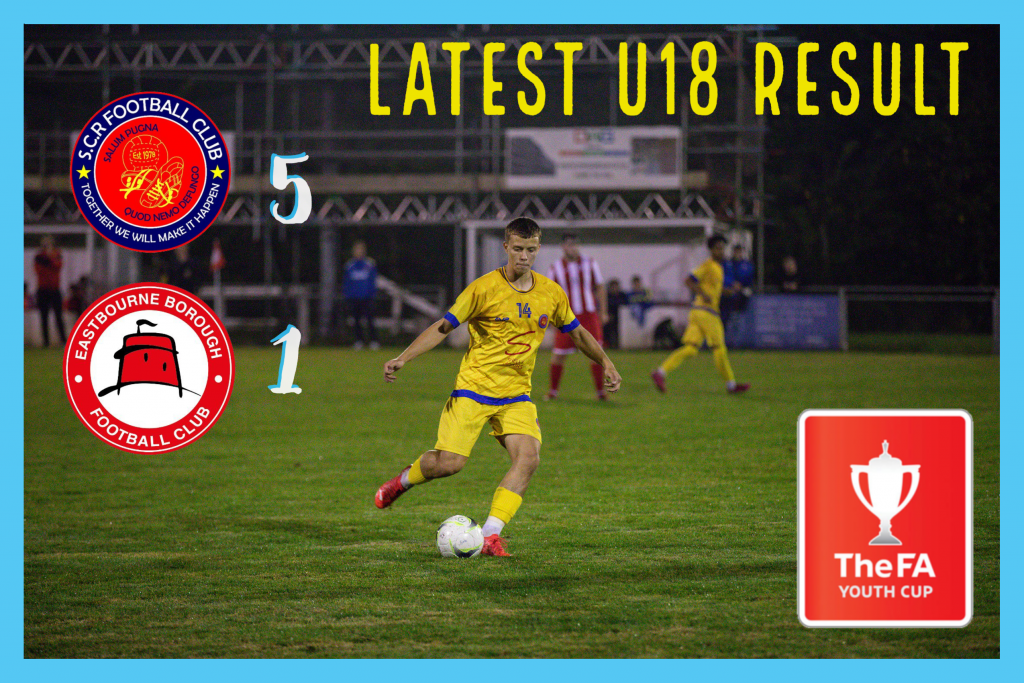 The impressive Under 18’s continued their excellent FA Youth Cup run with a well deserved win over a strong Eastbourne Borough side.

Any goalscoring concerns, with forward George Vincent out injured, were dismissed in only the third minute when good work by Bobby Moore and Ollie Hamstead set up Cameron Dobel who fired us ahead. Eastbourne hit back strongly and were level inside a minute.

After the blistering start, the game settled with both sides probing for that all important second goal, and it was us who retook the lead just after the half hour. Great work by the influential Louis Saville saw him find Harry McKnight who calmly slotted home his first of the evening and we were to take a 2-1 lead in at the break.

We increased our lead early in the second half through a fierce McKnight strike, and he sealed his hat-trick midway through the half with a low effort into the bottom corner.

With fifteen or so to go we introduced the pacy Tyler Falzon for Ben Oluwu and shortly after the excellent Moore and Dobel made way for Emile Jamois and Xavier Obi.

Scoring was completed in the final seconds thanks to a blistering strike by Saville, taking us into a Third Qualifying Round tie away to Isthmian Youth West side Marlow