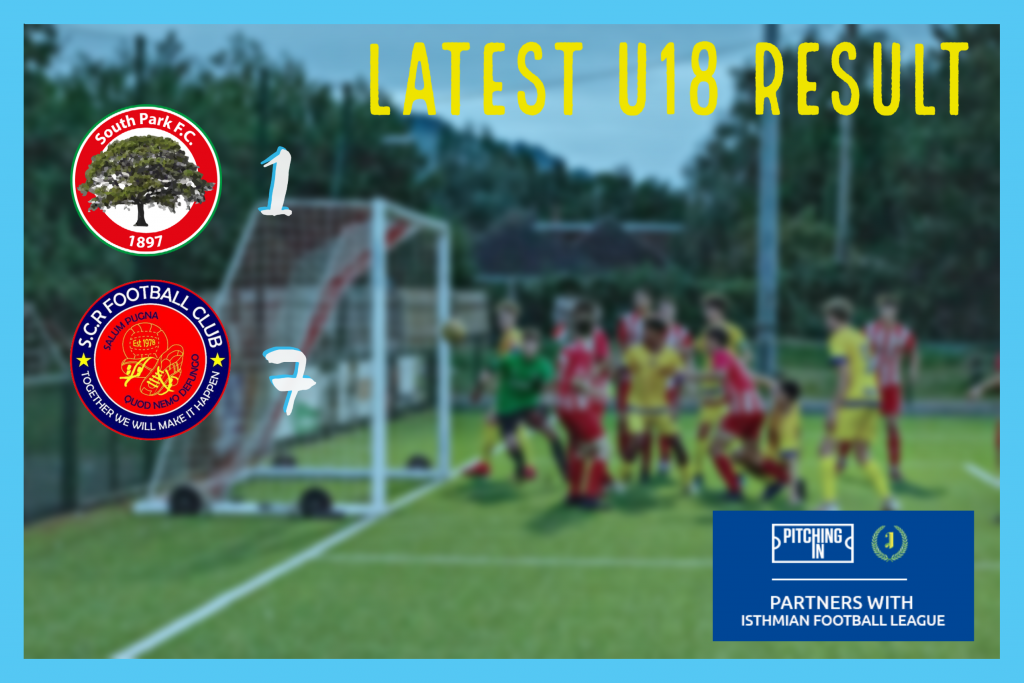 Our U18’s began their league campaign with a comprehensive 7-1 win away at South Park on Monday night.

We took the lead in only the 5th minute, when George Vincent repeated his performance in the FA Cup and opened the scoring early on, but we were rocked on ten minutes when our hosts equalised from a corner.

In a tight encounter, we retook the lead just before the half hour, when great play from Louis Saville saw him set up Harry McKnight who fired home for 2-1. South Park though were not about to lie down, and had a great chance to equalise on 37 minutes when they were awarded a penalty. However Toby McKimm (not McKim) guessed right to make the save and preserve our advantage and it was to get better for us in first half stoppage time, when McKnight notched his second to take is into the break with a 3-1 lead.

We started the second half positively, and after neat work in midfield, McKnight was set away for to fire home his third and make it 4-1 in the 52nd minute and a minute later Saville fired into the bottom corner for 5-1.

Vincent made it 6-1 midway through the half, and after a raft of substitutions we finished the game with another goal in the 89th minute, through Cameron Dobell.

Well done lads, and onto Redhill in the FA Youth Cup