18S THROUGH IN FA YOUTH CUP 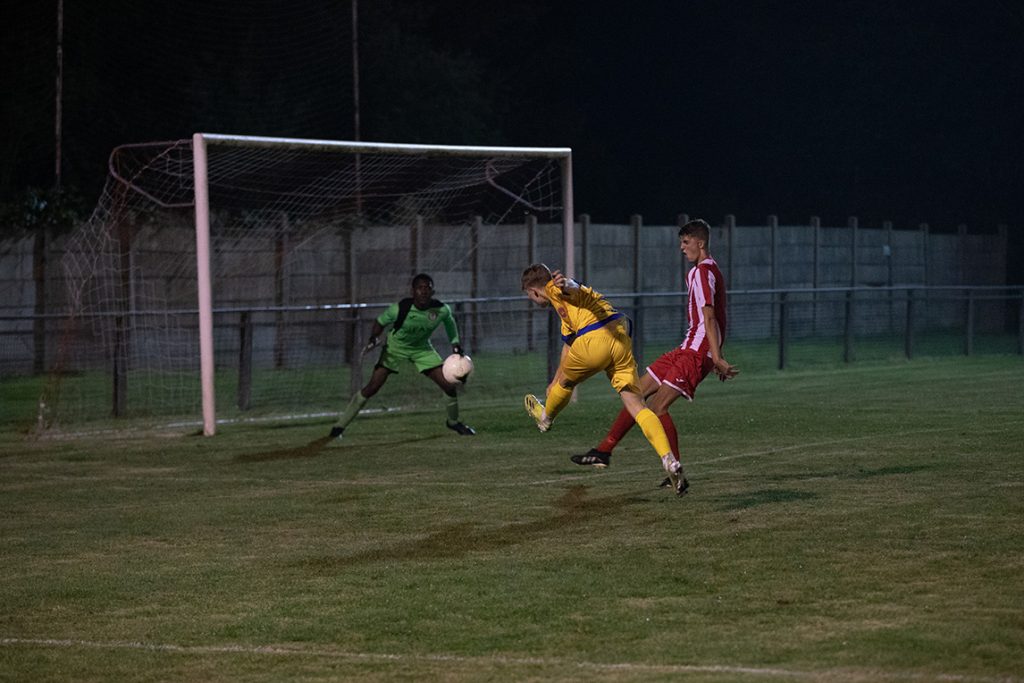 The U18’s progressed to the second qualifying round of this seasons FA Youth Cup, after a comprehensive 5-0 win away at Redhill.

The hosts started brightly and almost took the lead in the opening attack of the game, but Toby McKimm got down well to his right to make the save. We started to get on top, with the midfield promptings of Ollie Hamstead and Bobby Moore moving us nicely around the park, and eventually took the lead on 9 minutes. George Vincent latched onto a through ball, rounded the keeper and with a tight angle flighted the ball to the back post where Cameron Dobell headed home.

The Redhill keeper made a couple of smart saves, one twice getting down well to deny Louis Saville and one from a close range Dobell effort.

We increased our lead midway through the half when a pull back to the edge of the area was superbly curled home by Bobby Moore for 2-0 and it was 3-0 on 36 minutes when a ball into the box found Vincent and after a neat touch he rifled the ball into the top corner.

Scoring for the half was completed shortly before the break with a calm Dmitris Savva finish.

With a four goal lead the second half was a much quieter, we had a couple of half chances but the Redhill keeper was in top form with a string of fine saves. At the other end we had a couple of scares, but McKimm and the backline were holding firm.

We completed the scoring with five minutes to go when further good work by Savvas saw his set up Vincent who fired home his second of the night and our fifth.

An excellent performance once again by the young lads, with a man of the match performance by Bobby Moore. Special mention must go though to the Redhill goalkeeper who was excellent on the night.