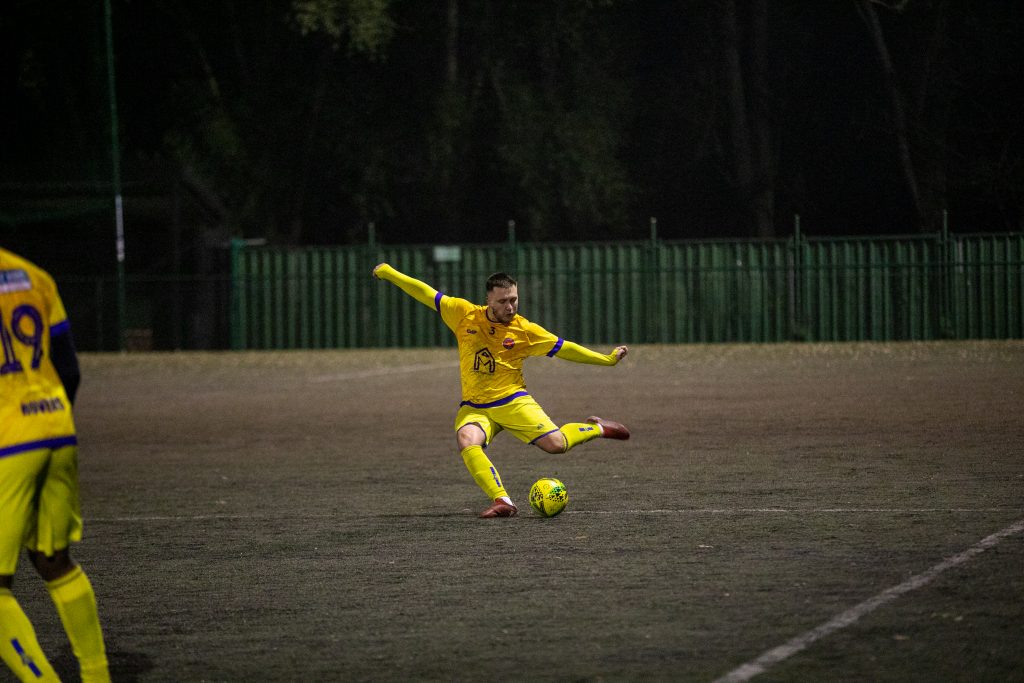 The 23’s bowed out of the Surrey Premier Cup in disappointing fashion when they were well beaten by a strong Dorkinians side.

The visitors, who topped the AFA Premier division with a 100% record, were out of the blocks quickly and only a couple of minutes in, Alfie Elsey saved well from a low Charlie Woodman shot.

A powerful experienced side were causing our young lads all sorts of problems and continued to hold the upper hand. Craig Kingswell headed goalwards on 12 minutes bringing another tidy stop out of Elsey.

We gradually started to get a foothold in the game, keeping the ball and moving it around the pitch quite nicely. However Dorkinians soon reasserted themselves and forced a spell of corners that came to nothing.

Midway through the half a ball split Davis Nzeribe and Brissi Iwen-Kouakou but Kingswell could only fire the chance wide. The pressure finally told ten minutes before the break, a great cross field ball by George Warne found Woodman and he calmly fired beyond Elsey for 1-0 and a half time lead for the visitors.

It was 2-0 early in the second half, a low cross by James Herrovin was tapped home at the back post by Kingswell.

It was 3-0 on the hour, another ball through the middle setting Kingswell away and as Elsey came out, he poked the ball under him for 3-0.

And it was a similar situation five minutes later with the same outcome and Kingswell making it 4-0 and notching his hat-trick.

Jack Wibbey fired wide on 77 minutes, and five minutes from time Elsey saved well from a close range shot, with Tyler Hargreaves able to clear the danger. We found ourselves down to nine men movin onto 90 minutes with two injuries and all subs used leaving us short. In stoppage time we almost snatched a consolation but John Erne saw his 40 yard effort drift wide of the left hand post.