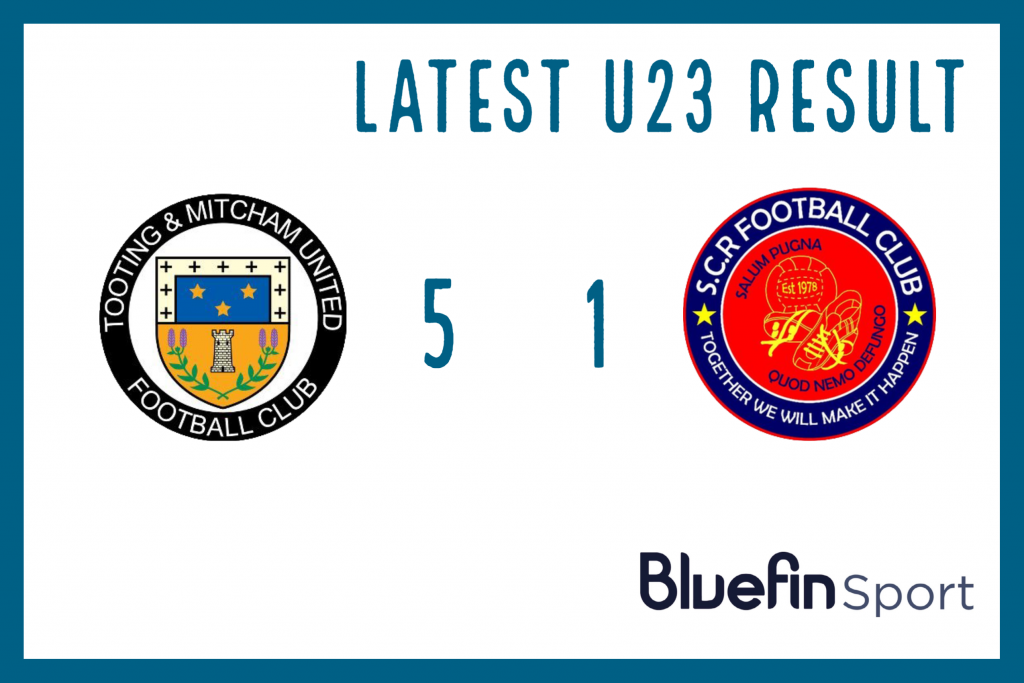 There were two development fixtures scheduled for this week, although one has fallen to the weather.

On Monday, the 23’s headed just down the road to Tooting & Mitcham Utd for what would prove to be a very tough encounter. We fell behind inside the opening minute through Abayomi Obafemi, but levelled not long after when neat link up play between George Baker and Aaron Francis ended with Francis firing us level.

Parity wasn’t to last though, and Obafemi struck his second on the half hour, and the game was taken away from us with goals either side of half time. Zaid Ourett Sorr made it 3-1 just before the break, and Obafemi sealed a hat-trick early in the second half for 4-1.

We had lost Baker due to injury at half time, but continued to push and try to play in the right way, but were eventually to concede again, when Anuar Ceesay finished the scoring on 68 minutes.

So after a 5-1 defeat we need to pick ourselves up, dust ourselves off ahead of our 1st November, first home game, against Margate.

For the U18’s their trip to league leaders Cray Valley PM has been postponed due to a waterlogged pitch at The Arctic Stadium.