FIGHTBACK IN VAIN FOR THE FIRSTS 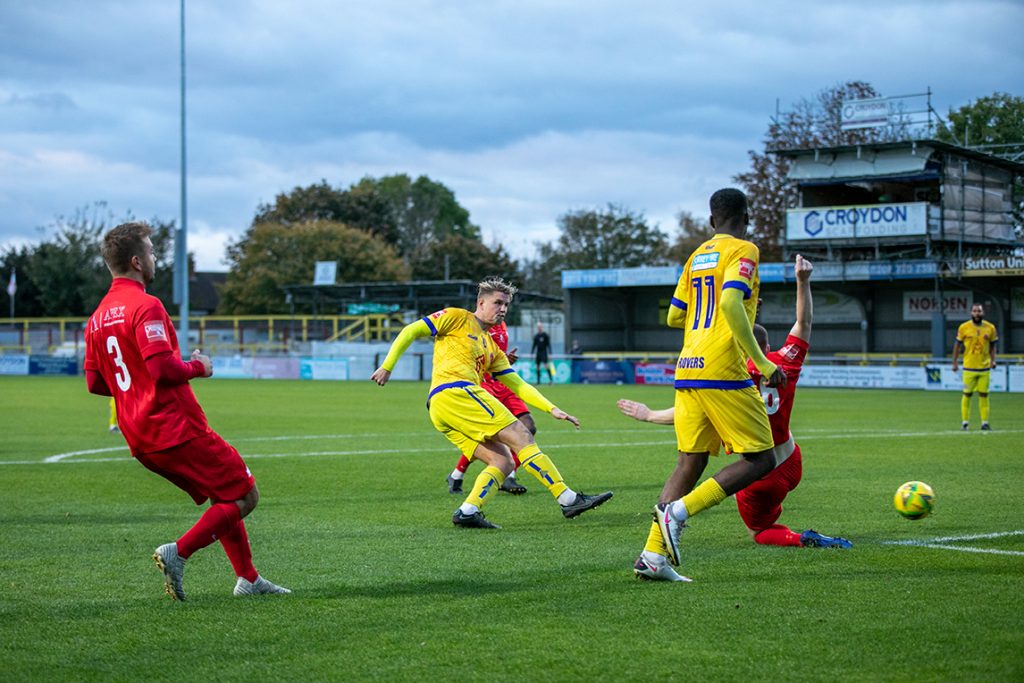 Despite a stirring fight back, the first team slipped to a 3-2 defeat in an entertaining game against a very good Binfield side.

The visitors started brightly but it was Rovers who had the first chance when neat pink up by Jake Hill, Aaron Bogle Will Efambe ended with a Kiye Martin effort being blocked.

Binfield struck on 21 minutes, Rovers failed to clear a ball into the area, and despite a hint of handball, Callum Bunting fired low beyond Craig Bradshaw for 1-0.

The visitors were now on top and after Rovers has cheaply lost possession in the middle of the park, Sean Moore fired an effort over.

It did get better for the visitors on the half hour. Asa Povey won a header in the middle of the park and released Kensey Maloney and he rolled beyond Bradshaw for 2-0.

Moore fired wide ten minutes before the break, and Rovers were forced into an early change with Ryan Healy limping out to be replaced by Merrill James-Lewis.

Martin was denied bravely by Chris Grace after a neat ball by Conner French split the back line. Povey then headed over when well placed. Efambe then saw an effort saved by Grace before Rovers were handed a lifeline in first half stoppage time when Bunting bundled over Will Efambe in the area and Connor French converted the spot kick

Rovers levelled a minute into the second when half when Brendan Murphy-McVey fired home after great work by French and superb quick feet by Kiye Martin.

Ollie Harris was denied by a great Aaron Goode challenge as Binfield looked for an instant response. Martin saw a shot comfortably saved by Grace.

Binfield won the game on the hour. Great work down the right by Povey saw his low cross poked home from close range by Harris.

We responded positively and neat link up by Efambe and Martin ended with a French effort going wide of the left hand upright.

Bradshaw got down superbly to turn a Bunting effort wide and Phil Veal headed wide from 4 yards as visitors looked to make the game safe.

With us pushing for an equaliser we at times found ourselves overrun and some superb defensive work by Hill helped keep us in the game.

We put some pressure on late on but despite our best efforts we could not force the equaliser.

Plenty to be positive about though. Binfield will be there or thereabouts come play off time, and we gave a good account of ourselves. 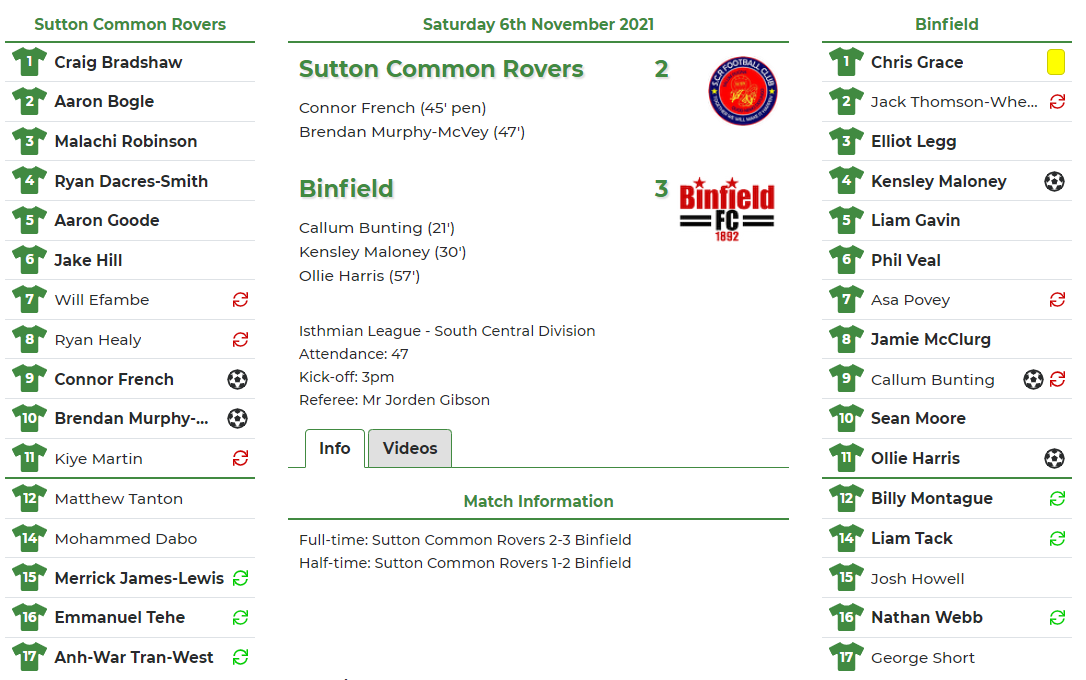