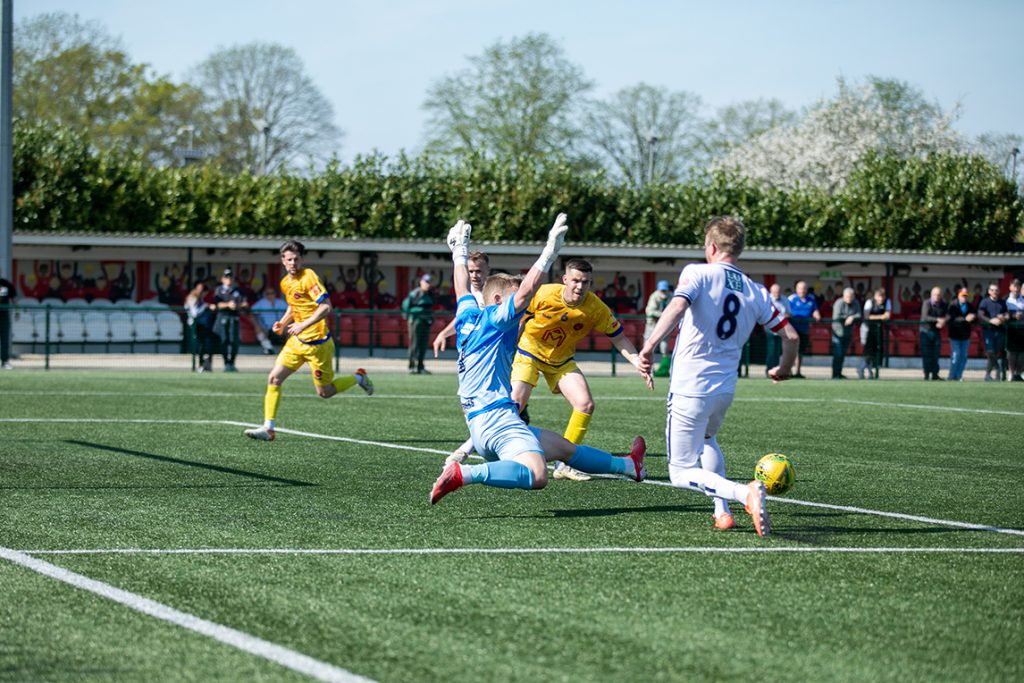 Three goals in a devastating five minute spell for Chertsey Town took the game away from Rovers in spectacular style.

Darren Salmon made four changes from the side that lost at Marlow last time out, with Filip Chalupniczak, Ryan Healy, Jake Hill and Tony Halsey all in for starts, David Manu dropped to the bench, whilst there was no place in the squad for James Dillon, Mo Amghar or Jay Dunstan-Digweed.

Chertsey were off to a flying start, Magnus Abisogun broke down the left and was pulled down by Ryan Dacres-Smith, from the free kick Andy Crossley swung the ball into the top corner – only he will know if it was meant or not.

It signalled the start of a spell of Chertsey dominance that was to last most of the first half hour. It should have been 2-0 seven minutes, Jake Baxter got away from Healy on the right and his low cross found Abisogun at the back post, but he was denied by a superb Chalupniczak stop. Crossley fired high over the bar on ten minutes, as Rovers were struggling to get any foothold on the game.

It was 2-0 on 17 minutes, a ball over the topby Crossley found the prolific Baxter and he clipped the ball over Chalupniczak, and two minutes the duo repeated the feat with Baxter firing home from close range.

To compound Rovers misery Chertsey stretched their lead on 23 minutes, Dacres-Smith was caught in possession on the right by Abigosun, he found Crossley and his low pass to William Montague was guided beyond Chalupniczak for 4-0. Abigosun fired into the side netting on the half hour, and the visitors went into the break 4-0 up.

Rovers made a change at the interval, handing a debut to 17 year old Jake Riddington, in place of Healy, and Rovers started to make a better fist of things in the second period.

After the bright start though, it was Chertsey who struck next, good work on the left saw a low ball into Baxter and he fired home his third to make it 5-0. Rovers notched a consolation on 64 minutes with Cover releasing Aziamale and he calmly side footed beyond Jupp fr 5-1 and a minute later Uzor saw an effort from distance deflected wide, as Rovers threatened to make a game of it.

Aziamale then did well on the left and set up Cover who saw his shot comfortably gathered by Jupp. Rovers substitute Adesoye Adedade did well on the left on 75 minutes, but his low cross into a dangerous area wasn’t read by any Rover forward and the chance went begging.

Rovers finished strongly, Cover crashed an effort against the bar on 89 minutes, and from the rebound Perri Iandolo saw his effort deflected wide. From the resultant corner Aziamale saw his shot headed off the line by Sam Hurrell. 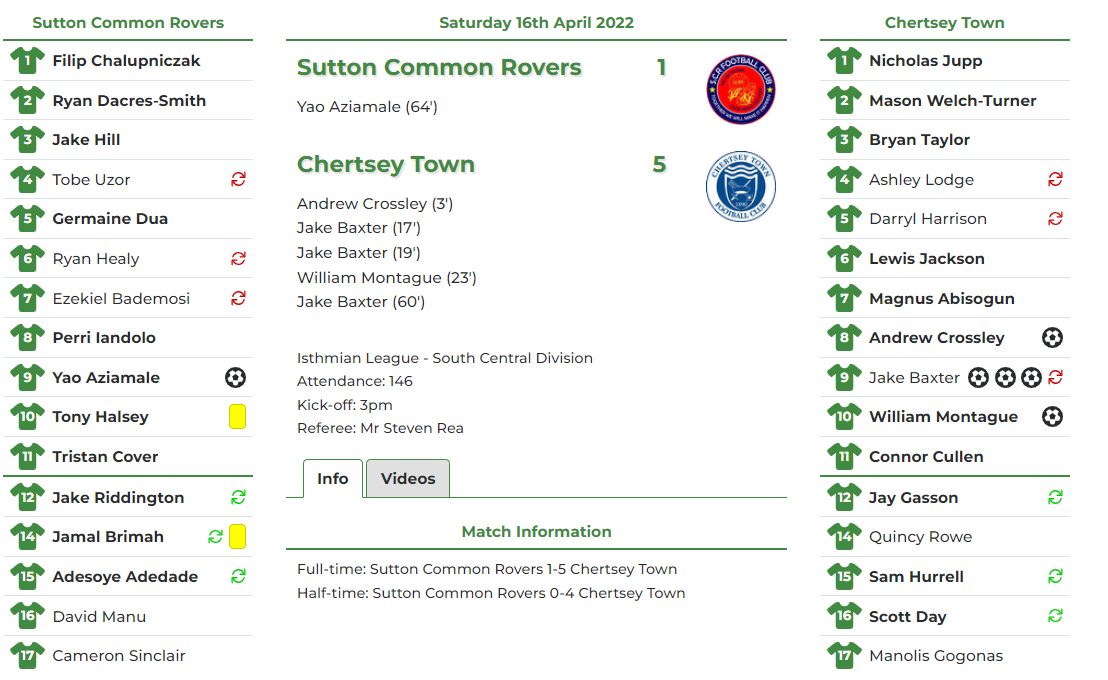