A WIN AT LAST 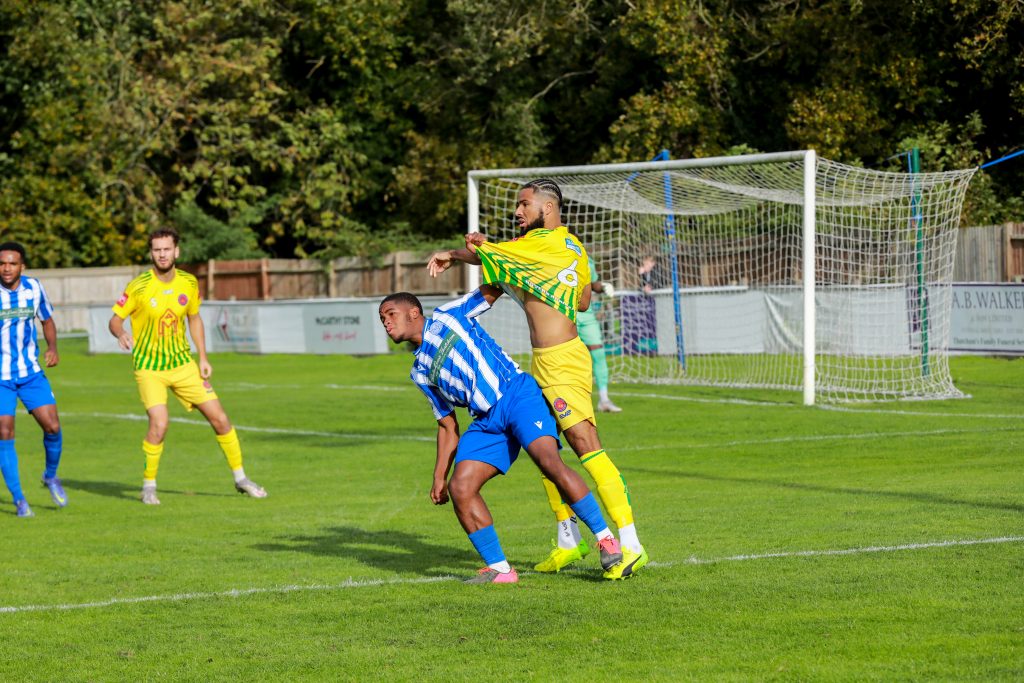 After seven games without a win, a late Shawn Lyle header gave the first team a 2-1 win away at Thatcham Town, and gave the team much needed three points.

Rovers made a perfect start, when Jephte Tanga and Kevin Diomande linked up on the right, and Diomande’s low cross was turned home by home defender Joshua Adjei to give Rovers the lead.

The rest of the half was a stop start affair with little to trouble either keeper, although Endurance Johnson did superbly to get down to a low McKoy Palmer free kick.

The second half followed a similar pattern, lots of huff and puff from both sides, but no real goal threat, and it was something of a surprise when Thatcham levelled things up. In truth it was as bizarre a goal as you are ever likely to see, Johnson’s drop kick screwed badly off his foot, falling to David Nyarko who had the simple task of tapping into an empty net.

With the young keeper distraught, Thatcham went for the throat, but the Rovers back line held firm, and with eight minutes remaining Lyle rose highest to head home a Tony Halsey throw.