ALLEN STRIKES TO PICK UP POINTS 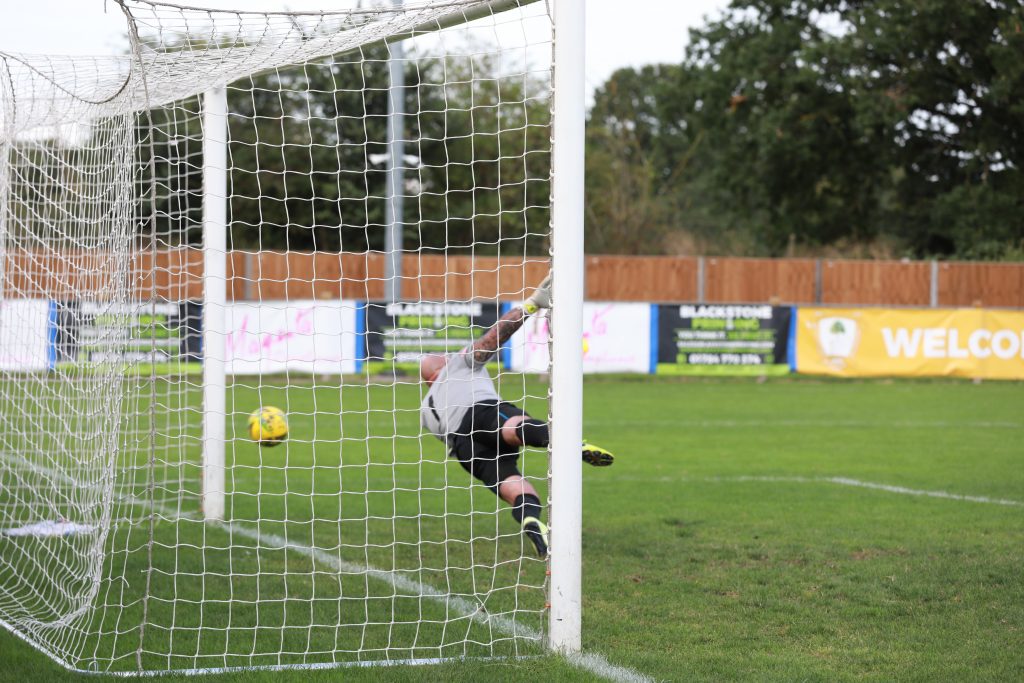 Rovers picked up their first Isthmian League win on Saturday when grinding out victory at an always tricky Robert Parker Stadium on Saturday.

With yours truly caught up in the debable that is the M25 and missing kick off, it was somewhat comforting to note that there was little to note in the opening five minutes. In fact, if I had rocked up twenty minutes after kick off, still wouldn’t have missed much.

In the opening half hour or so the only points to note were an injury to Rovers playmaker Brendan Murphy-McVey which saw him hobble off to be replaced by Ryan Healy, and a big penalty shout for us when former SCR keeper Craig Bradshaw felled Adam Allen in the box, but the flag had gone up for offside.

Ashford struck first, five minutes before the break, a raking crossfield ball by Harry Woodward picked out 10 and after a neat touch he guided the ball beyond Michael Eacott to put the hosts 1-0 up. Shortly after a decent effort by Perry Coles curled just over the crossbar as Ashford looked to press home their advantage.

Early in the second half and a Matt Bunyan strike for Ashford was ruled out for offside and both Siao Blackwood and Coles put efforts well off target.

We were getting stronger though and starting to dominate and after a spell of pressure, Matt Bunyan was adjudged to have handled the ball on the edge of the area, and Kyle Henry stepped up to fire the free kick low beyond Bradshaw for 1-1. Three minutes later and Rovers had completed the turnaround. Naseem James was fouled wide on the right and from the free kick Adam Allen got enough on the ball to send it beyond Bradshaw and put us into a 2-1 lead.

Bradshaw then saved well from a driven Allen cross-shot, before neat work by Sam Humphreys saw him drift inside and curl a low effort against the foot of Eacott’s right hand post. Bunyan then beat Eacott in the air, Coles looked poised to score, but Niran Butler appeared from nowhere to hook the ball to safety.

Ashford were desperately trying to get back into the game but our defence was holding firm, and limiting their chances. We should have sealed the game five minutes from time, Allen again was instrumental, this time his low cross reached Shawn Lyle but he could only divert his effort into Bradshaw’s grateful arms.

In stoppage time Eacott denied Louis Blake superbly turning his close range header over the bar, and then got down well to stop a low driven shot by Jack French, as we secured the three points.