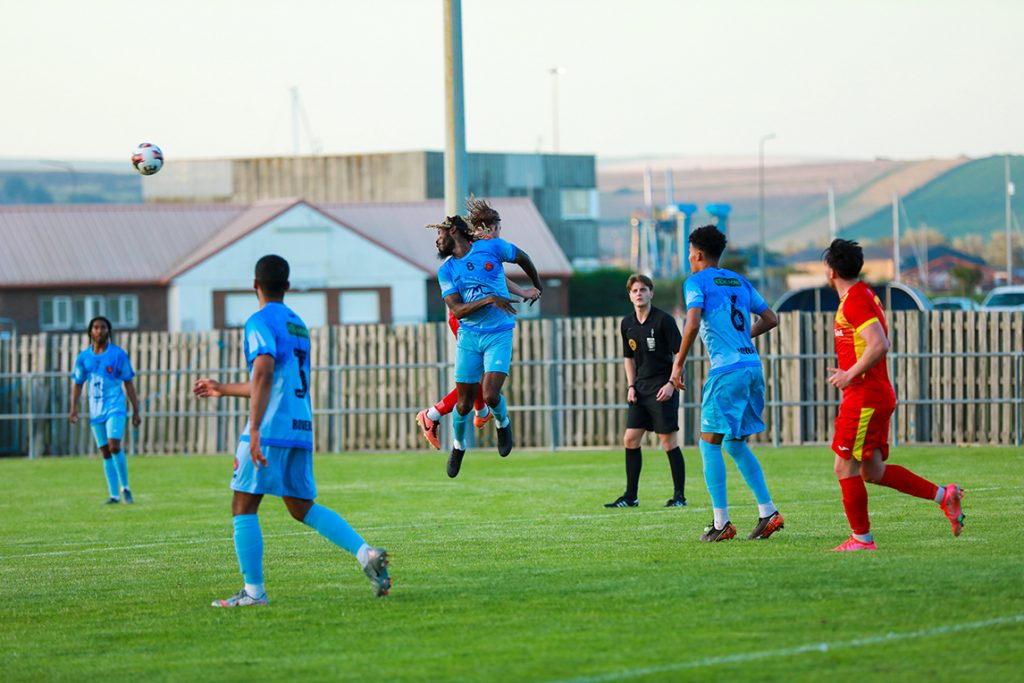 A typically tight affair saw us go down to defeat thanks to two later Newhaven goals.

The hosts had the better of the first half, with us struggling to get into the game. Michael Eacott saved well from the prolific Lee Robinson, and the Newhaven forward was guilty of missing a gilt edged chance when firing wide with the goal gaping.

Our best chance of the half saw Shawn Lyle jump highest at a corner but he could only put his header wide of the left hand post.

The second half continued to be a tight affair, with very few chances for either side. Jay Dunstan-Digweed saw his header go wide, before the hosts took the lead with just under ten minutes remaining. A speculative shot from distance by Robinson took a wicked deflection leaving substitute keeper Jack Casey with no chance. It was game over with two minutes remaining when Casey, under pressure at a corner, could only spill the ball over the line.