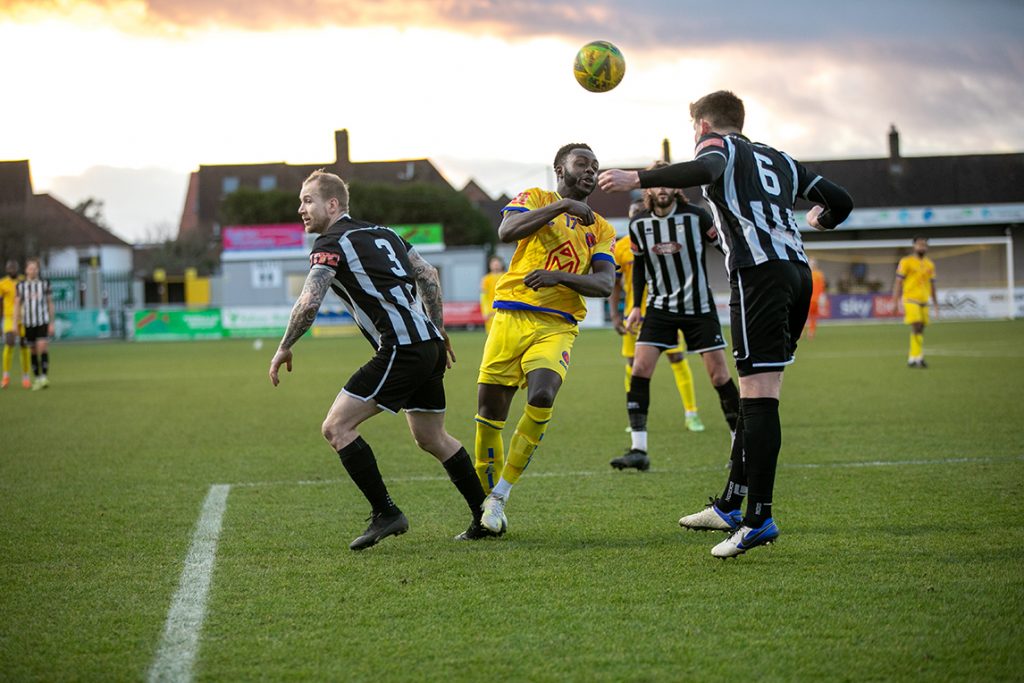 Despite another much improved performance, a single goal saw Rovers slip to defeat against promotion chasing Hanwell Town on Saturday.

Darren Salmon was forced into two changes from the previous weeks defeat against South Park, with Mo Dabo in for injured skipper Ryan Dacres-Smith and William Efambe replacing the suspended Ryan Healy.

The visitors started brightly, and put the Rovers backline under a fair amount of pressure in the opening exchanges, but aside from a ball into the box that saw efforts from Ogo Obi and Tom Collins blocked by the backline, they failed to trouble Filip Chalupniczak in the Rovers goal.

Rovers gradually grew into the game and on 20 minutes, neat link up involving Kiye Martin and Anh-War Tran-West eventually led to Perri Iandolo releasing Christoph Aziamale, and although he rounded Hugo Sobte, his effort was hooked of the line by Dan Carr.

Aziamale was having a positive influence on the game and shortly after thought he was poised to put Rovers ahead, but a raised flag dashed the Rovers hopes.

Tackles continued to fly in, with Rovers left back Matt Tanton seemingly having done something to annoy the visitors as he was hit by three shocking tackles in quick succession. Unfortunately the free kicks from Iandolo failed to trouble Sobte.

It was Hanwell who struck the only goal of five minutes before the break when Tom Collins broke the Rovers line, latched on to a through ball and guided the ball beyond Chalupniczak as Rovers appealed in vain for offside.

The visitors took a one goal lead into the half time break.

Both sides adopted an attacking stance in the second half, with the ever lively Obi testing Mo Dabo to the fullest with the young Rovers right back standing up well to the task, and on the occasions Obi did get free, either Germaine Dua or Chalupniczak were able to cover.

Rovers were dealt a blow on 53 minutes when Martin went down under a poor challenge from Kyle Watson, and needed to be stretchered off, with what looks to be a season ending injury. Debutant David Manu came on in his place.

Rovers missed a glorious chance just shy of the hour. Neat work on the left by Will Efambe saw him find Iandolo, and his defence splitting pass set up Tran-West but the usually composed wide man slashed horribly at the ball and failed to trouble Sobte.

Hanwell should have increased their lead midway through the half, a storming run saw the ball played into our area, Obi saw his effort blocked by Chalupnickzak, the follow up by Jack Hutchinson was blocked by Dua, and somehow Tanton managed to block the third effort from Sam Saunders as Rovers heroically defended their line.

Max Ndah and Jephte Tanga were introduced with just over 15 minutes remainining, replacing Tran-West and Efambe, and Tanga immediately got into the action, but after turning Watson inside out, his cut back was well intercepted by Calum Duffy.

Rovers pushed hard towards the end, but were unable to find that all important equaliser, and in the end were grateful for a couple of tidy interceptions by Tanton and Jake Hill to prevent Hanwell from increasing their lead.

All eyes now turn to a crunch clash with Guernsey this Sunday. 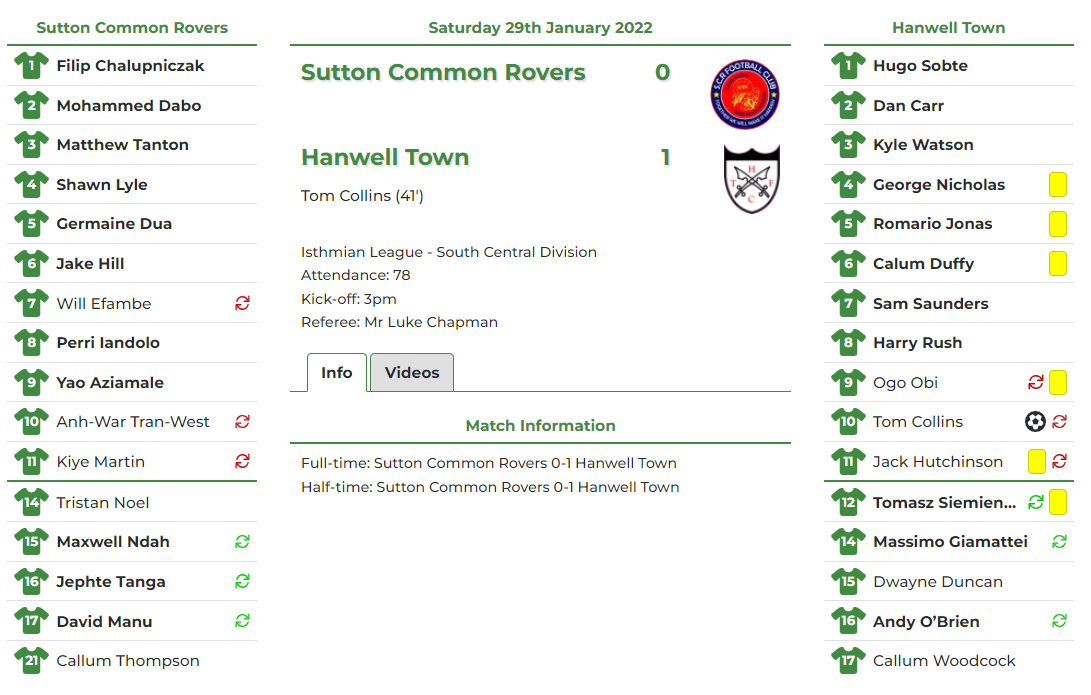