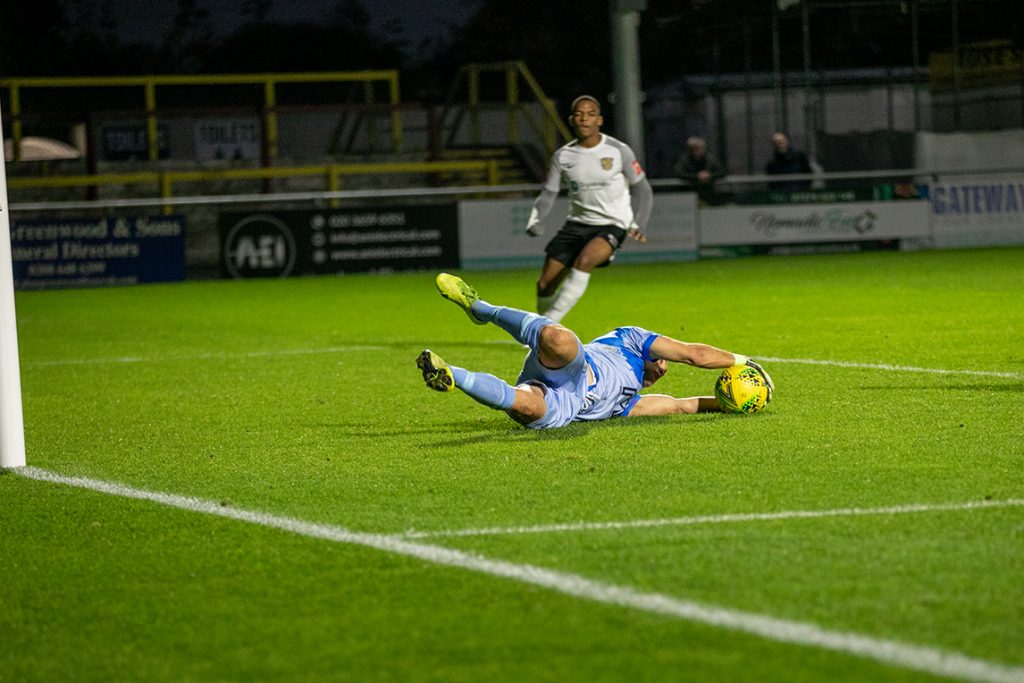 Despite taking an early lead, two first half dismissals saw the first team slump to a 5-1 defeat at home to promotion chasing Basingstoke Town.

Rovers made a bright start to the game and were ahead inside six minutes. Bringing the ball down under pressure, Connor French turned and played a delightful ball into Will Efambe, he skipped inside 2 and fired low beyond Paul Strudley away to his left, and that was probably as good as it got.

Two minutes later and a threaded ball through to Bradley Wilson saw his progress halted by Jake Hill. With everyone expecting yellow, the referee brandished a swift red reducing Rovers to ten men, and despite the lead, leaving them with a mountain to climb.

Rovers dug in, and for the next twenty minutes restricted Basingstoke to a couple of shots from distance, which were comfortably dealt with by stand in keeper Aaron Bogle. Scores were level though on 26 minutes, we gave the ball away in the Basingstoke half, they broke quickly, and the excellent Bradley Wilson crashed the ball passed Bogle for 1-1.

A second red card for Rovers followed on 31 minutes, with Ryan Healy seeing red for a poor challenge on Wilson, and that already tough task went up another level. 10 lofted an effort over Bogle on 36 minutes, only for a remarkable goalline clearance from Matt Tanton (although to be honest, from where i was sitting it looked in). Three minutes later and 4 struck the post, and Tanton superbly blocked the follow up from 10.

We continued to hold firm with the backline working tirelessly to keep Basingstoke at bay, and it took a goal of ridiculous quality to give the visitors the lead. Bogle made a stunning close range stop, only for the ball to eventually find its way to Wilson, who hit a stunning volley into the top corner given the keeper no chance and taking the visitors into the lead at the break.

The second half started with Basingstoke pushing hard, Bogle twice made brave stops at the feet on on-rushing forwards before Wilson notched his third on 51 minutes. Weight of numbers told on the left, and a low cross to the back stick left Wilson with the simplest of tap-ins for 3-1.

You feared for the goal difference at this point, but the lads dug deep to keep things respectable, and Bogle continued to have a stormer. On the hour 10 thought he had made it 4-1, but Bogle somehow clawed his goalbound effort into his chest, and a minute later made another decent, if more routine save from the same player.

Anton Rodgers made it 4-1 on 64 minutes with a neat finish at the back post, and Bogle then pulled off the save of the game. Having initially spilt a low cross, the recovery to turn over the point blank follow up by 16 defied belief. Snell then unleashed a thunderbolt on 71 minutes leaving Bogle with no chance, for 5-1.

Basingstoke had numerous more chances towards the end, but a combination of post, crossbar and that man Bogle stopped any further damage. 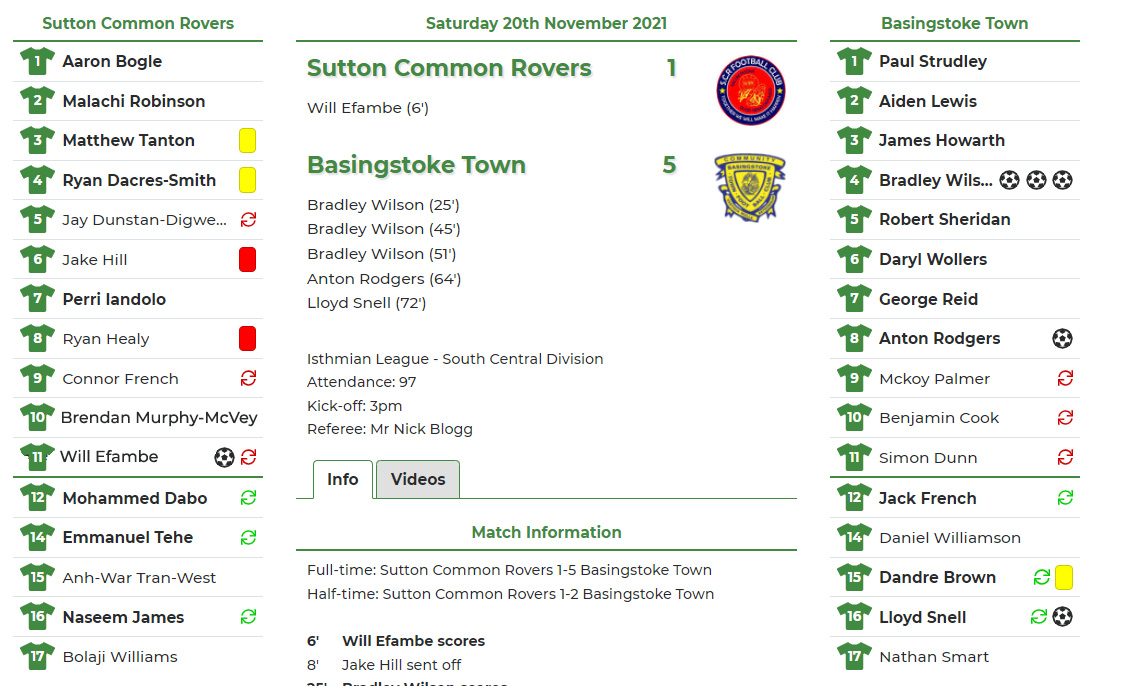