BRACK TO THE DRAWING BOARD FOR THE FIRSTS 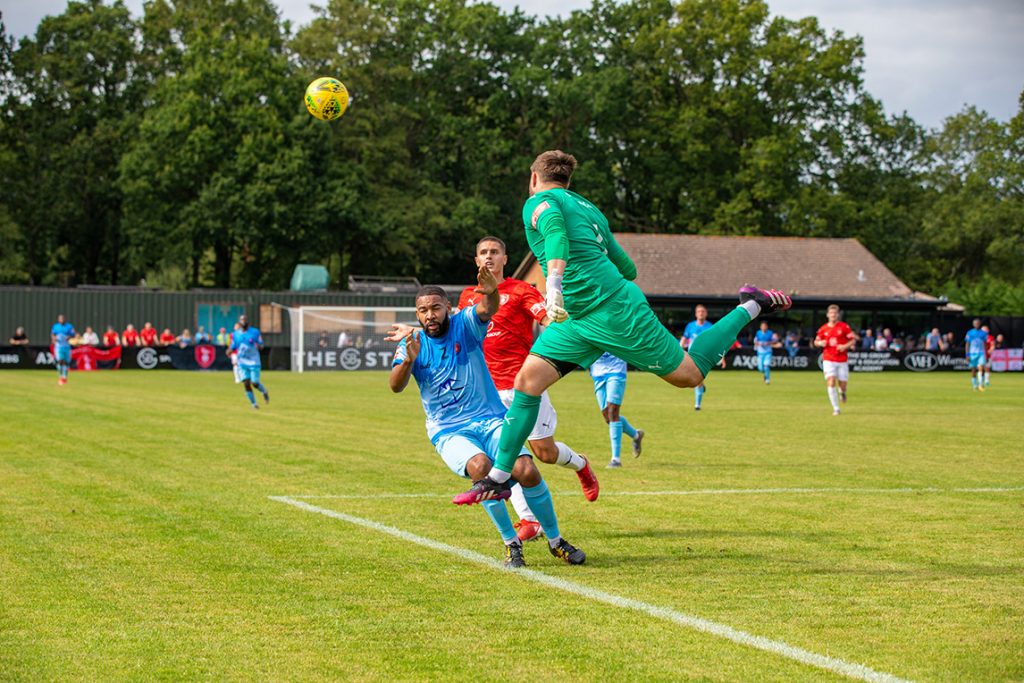 Rovers slipped to their second defeat of the season when title favourites Bracknell Town recovered from a half deficit to pick up all three points at The SB Stadium on Saturday.

Darren Salmon made one change from the side that had seen off Steyning Town in the FA Cup during midweek, with Sam Tutt replacing the unavailable Matt Tanton.

The hosts made a bright start moving the ball around quickly, and could have taken the lead in the ninth minute, but a deflected effort by Sebastian Bowerman bought a stunning save out of Michael Eacott low to his left. Shortly after a free kick through the wall bought another decent stop out of Eacott.

It was Rovers though who struck first, on 23 minutes, when a long ball forward saw Kiyo Brown put Massimo Giamattei under pressure and his attempted clearance looped over Mark Scott to put Rovers ahead.

Bowerman fired over on 26 minutes, and Dave Tarpey almost capitalised on Rovers overplaying, but pushed his shot wide of Eacott’s left hand post. We started to put Bracknell under a bit of pressure towards the end of the half, with efforts from Brown and Kyle Henry being blocked, and went in at the break 1-0 up.

Bracknell levelled things up on 53 minutes when Daniel Bayliss leapt highest to plant his header home for 1-1 and Bracknell started to pin us further back. We were holding our own at this stage, although Bracknell were having the bulk of possession, our defence was working hard and keeping them at bay, but the hosts took the lead for the first time on 76 minutes.

Rovers only half cleared a corner, and as the ball dropped down, impressive Bracknell substitute Shamar Moore fired low beyond Eacott for 2-1. We responded positively and a tantalising ball into the area was well defended by Temi Eweka, with Adam Allen putting a header over the bar from the corner.

Moore fired into the side netting in stoppage time and Rovers ended on the wrong end of a 2-1 scoreline.

On the balance of play it was the right result, but you do feel that the efforts of our lads probably deserved a bit more out of the game. 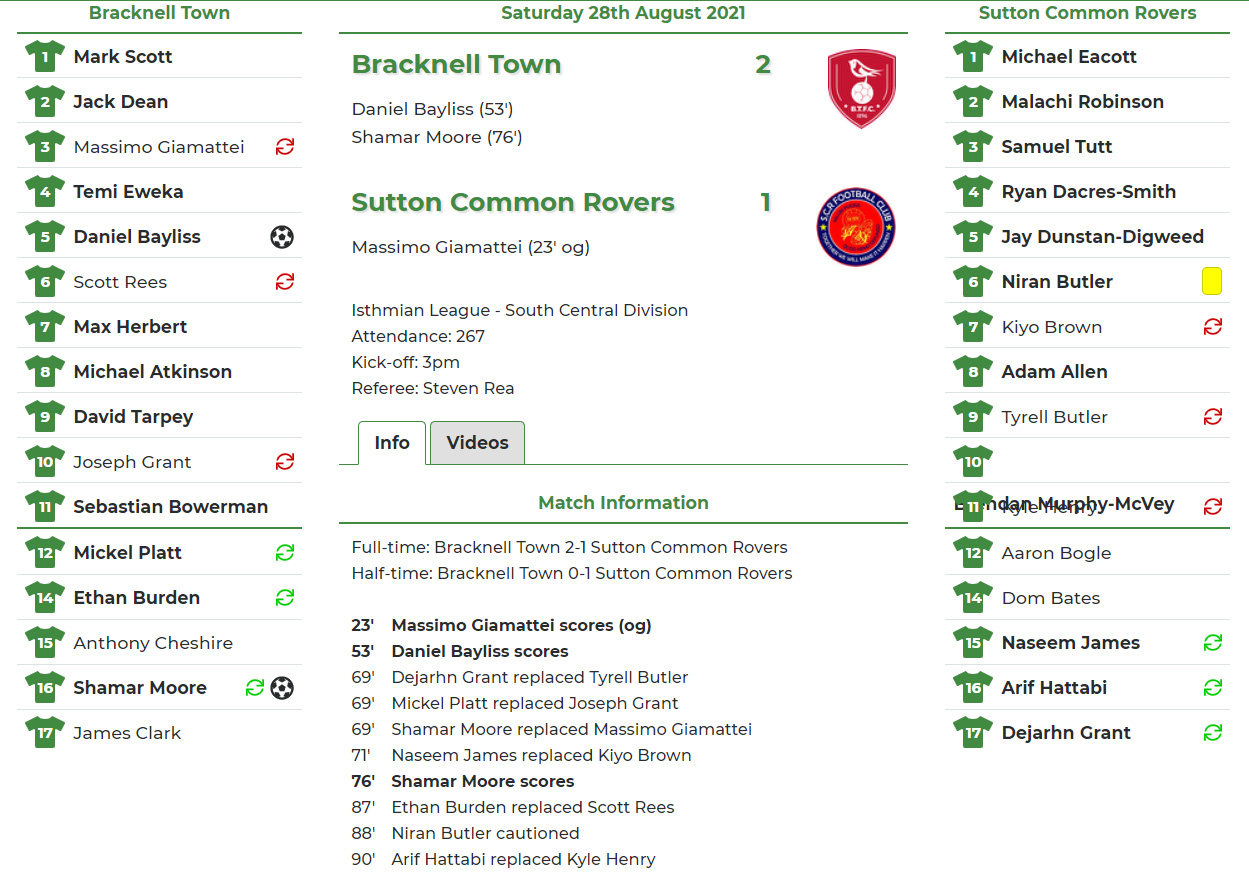