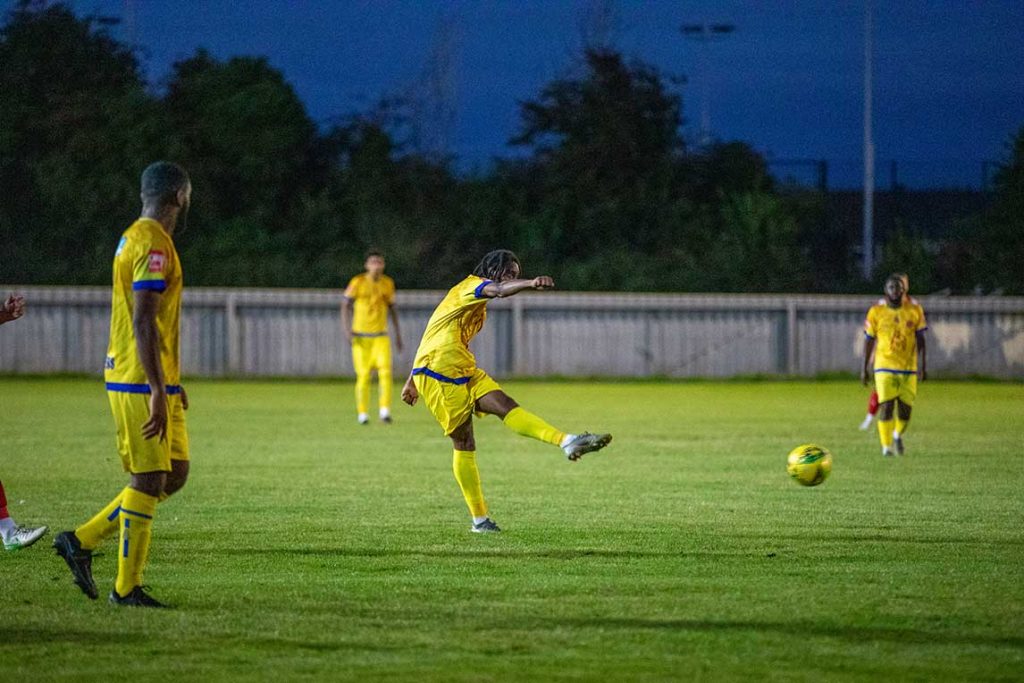 Rovers eased into the First Qualifying Round of the FA Cup with a comprehensive 4-0 win over Steyning Town in Wednesday nights replay.

Having failed to hit the target on Saturday, Rovers got off to the perfect start. Just three minutes were on the clock when the Adam Allen surged forward from the middle of the park and his defence splitting pass found Tyrell Butler who hammered the ball beyond Aleiu Secka in the Steyning goal.

Steyning looked to respond positively, and on ten minutes, after a foul by Jay Dunstan-Digweed, a Steyning free kick was only half cleared and Tom Bold fired the loose ball high over the bar. Back at the other end, and a storming run by Allen, who was having a terrific start to the game, saw him cut inside Maychol Sabino and crash his effort against the crossbar.

Matt Tanton and Kyle Henry then link up well on 17 minutes, and from the ball into the area, Brendan Murphy-McVey found Malachi Robinson, but he could only find the side netting with his effort.

It was 2-0 on 25 minutes, this time a neat threaded ball by Kiyo Brown opened up the Steyning backline and Butler fired beyond Secka for 2-0. Five minutes later and Kiyo Brown almost set Allen in on goal, but the marauding midielder took an uncharacteristic heavy touch and the ball was gathered by Secka.

The game was up just after the half hour when a two goals Rovers salvo took the match away from Steyning. On 34 minutes Robinson found Brendan Murphy-McVey and his pinpoint cross found Kyle Henry who volleyed home superbly for 3-0 and two minutes later Brown made it 4-0. Picking up the ball midway inside the Steyning half he advance forward and with defenders backing off, he unleashed a fierce drive from 30 yards that nestled in the bottom left corner.

We continued to dominate and almost increased our lead late in the half when a deflection from a corner bought a superb save out of Secka away to his left. Half time came with us four goals to the good.

Steyning tried to get back into the game and started the second half positively, but aside from a shot from distancce by Rob Clark, Michael Eacott was relatively untroubled in our goal. We were controlling things quite nicely, without really pushing on too much, and as such there were very few chances in the half.

Scott Murphy went close for Steyning bringing a low save out of Eacott and Bold curled an effort over the bar, as the visitors looked for the consolation goal, but we remained solid and picked up an excellent 4-0 win setting up a huge tie in the First Qualifying Round against Isthmian Premier high fliers Cray Wanderers.

We wish Steyning the very best for the season ahead, and hope to see them again maybe next pre-season. Lovely people at both games, and looked after us superbly at their place. 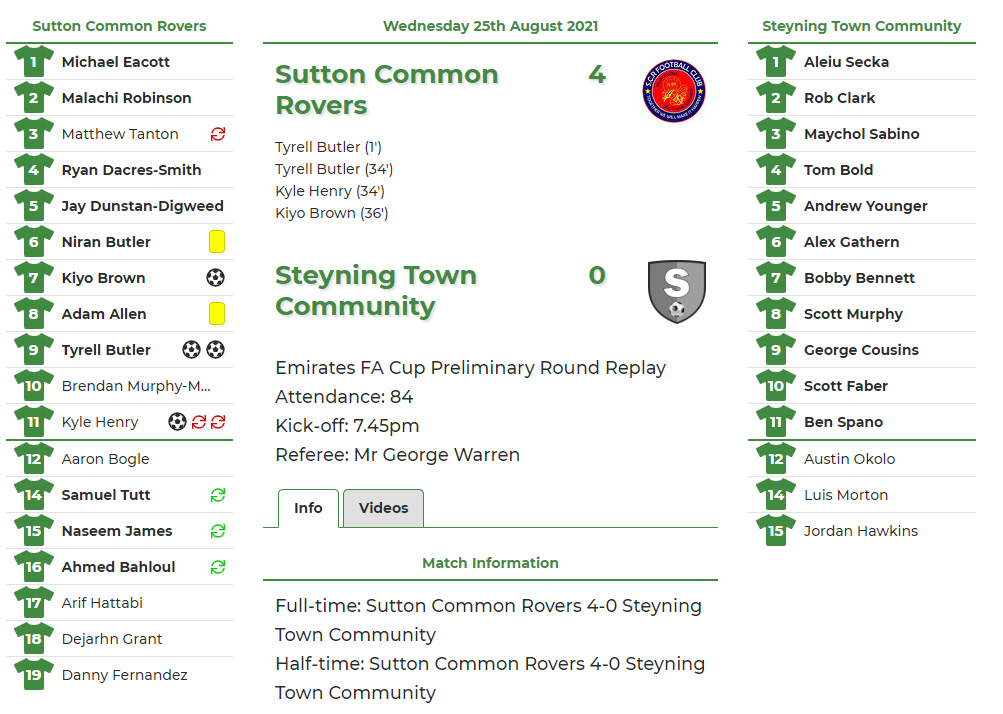