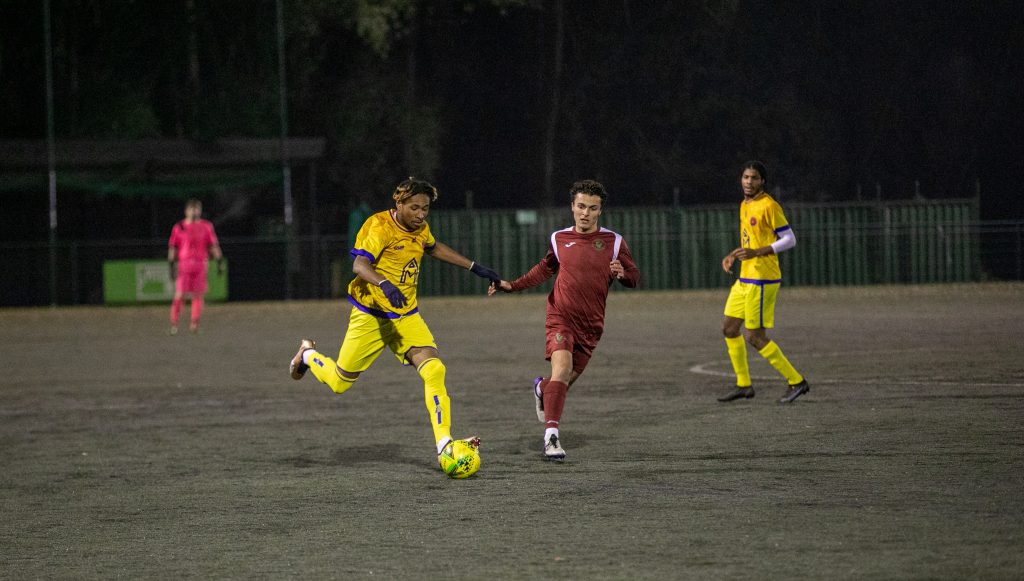 It’s been a pretty grim couple of days in the county cup with both the firsts and U23’s bowing out in disappointing fashion.

On Tuesday night the First’s travelled to Combined Counties North high fliers Egham Town. A much changed squad with seven from the previous game missing, and an inexperienced centre-back pairing meant we were always going to be up against it.

A 19th minute penalty gave Egham the lead, and although we battled we never really looked like getting back into the game. Matt Tanton saw red ten minutes into the second half and that killed off any hopes we had.

Two Egham goals in the last twenty minutes took them through 3-0.

On Wednesday night the U23 Development team hosted a powerful Dorkinians, leading the way in the AFA Premier Division and unbeaten this season.

The youngsters held their own until about half hour into the game, when the fell behind to a superb goal. Raking ball out of defence into winger, cuts inside and neat finish.

A quickfire treble in the second half saw Dorkinians ease to a 4-0 win, but our youngsters will have learnt a lot from the game.