COX ON FIRE AS ROVERS WIN 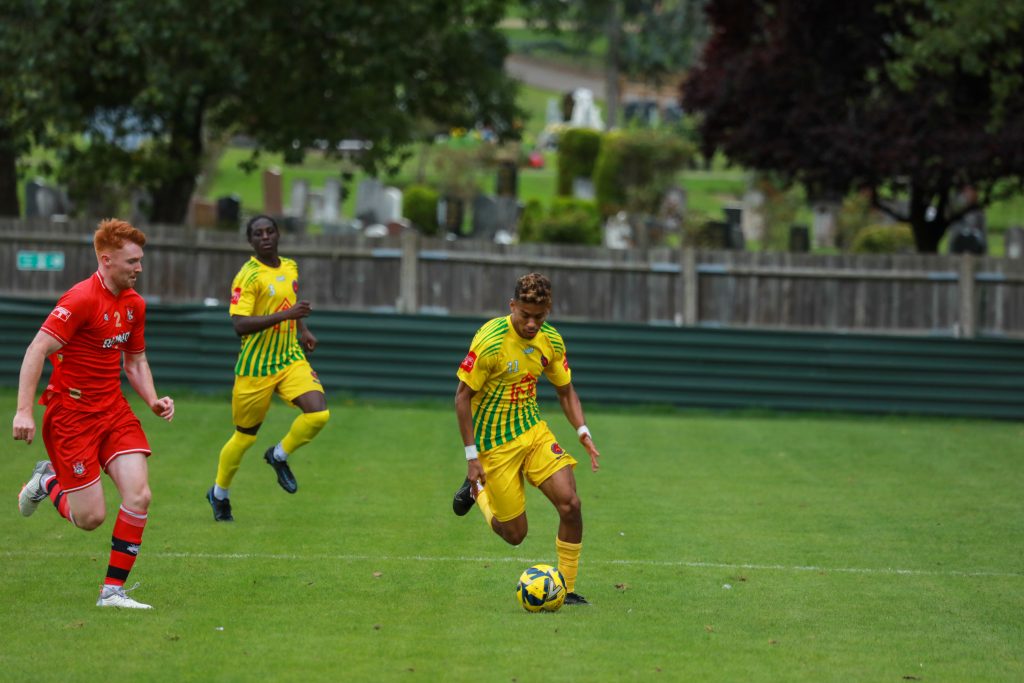 Rovers picked up their second successive home win after probably their best performance of the season against promotion chasing Walton & Hersham on Saturday.

In only the first minute a poor clearance by Liam Allen saw Rovers force a corner, from which Matt Surmon headed over the bar, and a couple of minutes later and a whipped in free kick saw Shawn Lyle head wide, as Rovers continued to dominate.

Having been on the back foot in the opening stages Walton almost opened the scoring on nine minutes when a poor back pass by skipper Rhamar Garrett-Douglas ended with Endurance Johnson slicing his clearance, forcing Bertie Lloyd into a goalline clearance. Lyle and Tony Halsey both went close for Rovers, before on the quarter hour good work by Walton saw ex SCR man Jordan Adeyemi released but he fired just wide.

Rovers took the lead on 20 minutes, a ball into the area by GArrett-Douglas was spilt by Allen and as he tried to recover he only succeeded in hauling down Lyle. The Rovers midfielder picking himself up to fire home the spot kick.

John Gilbert saw a low drive well saved by Johnson low to his left, and on 26 minutes great work by Finlay Lovatt bought another good save out of Johnson.

The visitors ended the half strongly, Arsen Ujkaj fired wide when well placed, and in stoppage time Lloyd did well to clear a dangerous Walton corner, and Rovers took a one goal lead in to the break.

Rovers started brightly in the second half, and man of the match Tyler Cox dragged an early effort wide. Walton then went close with a shot being deflected wide for a corner which Rovers cleared.

Cox was beoming more and more influential and created several Rovers chances on and around the hour mark. Firstly a whipped in cross was just too far ahead of Halsey who couldn’t connect with the ball in, minutes later he fired an effort wide and then a dangerous Cox free kick was only half cleared and Lyle saw his effort well saved by Allen.

Walton pushed hard for an equaliser and a dangerous ball into the area flashed across the face of goal before being cleared by Jephte Tanga.

We then survived a barrage of efforts on goal, with a superb challenge from Lloyd stopping the first effort and Kevin Diomande heading the second off the line. From the counter attack Cox an Kyron Richards linked up but Cox saw his effort saved by Allen.

Lyle went close late on, and there was still time for Tanga to see red for a second yellow card, and Rovers to survive a scare as Garrett-Douglas and a Walton player collided in the area, only for play to continue.

Thanks to Ben Streeter for the whatsapp notes that allowed me to put the report together, despite having been at work for the game.