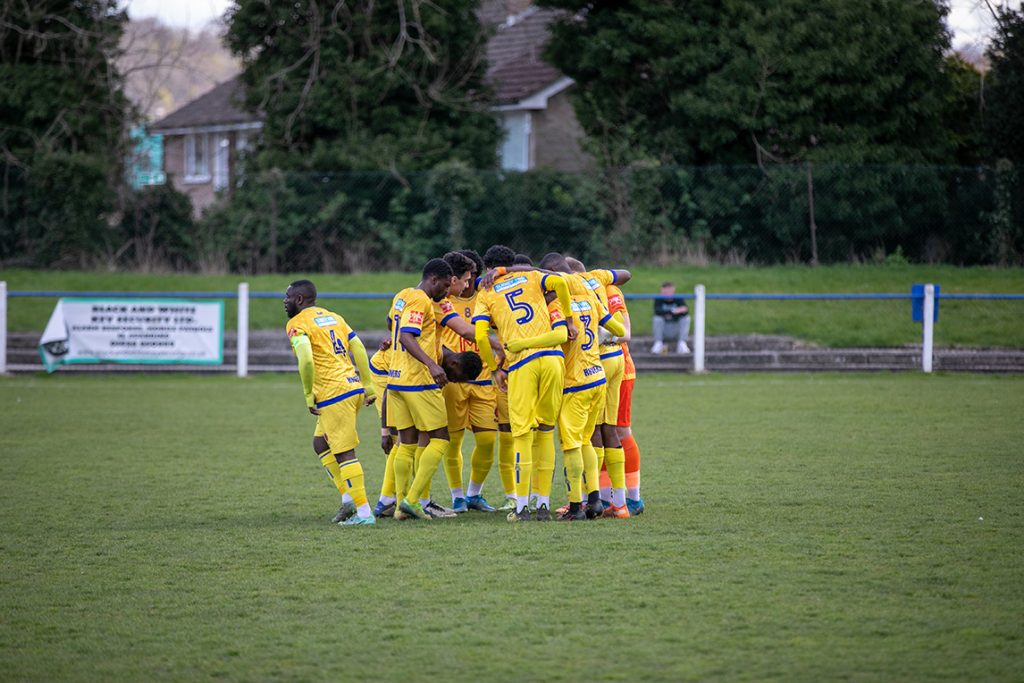 Rovers third successive defeat leaves them plunged deep in relegation trouble, potentially, after they were taken apart by a strong Marlow side on Saturday.

Darren Salmon made three changes from the side that lost against Tooting & Mitcham Utd, with Germaine Dua, Ezekiel Bademosi and Jay Dunstan-Digweed coming into the starting line up; the injured Matt Tanton, ill Ryan Healy and Tony Halsey missed out, the latter dropping to the bench.

Rovers actually started brightly with Tobe Uzor releasing Christophe Aziamale in the opening minute, but Marlow keeper Simon Grant was alert to the danger and cleared.

Marlow went close on six minutes when a free kick from 19 skipped off the bobbly turf and was well held by James Dillon in the Rovers goal. However the hosts didn’t have long to wait to take the lead. Junaid Bell whipped in a cross from the right and Marcus Mealing was on hand to head beyond Dillon for 1-0. Marlow continued to dominate, and Charlie Samuel went close to increasing the lead, firing over after Rovers had failed to clear a cross.

Midway through the half and Mealing lobbed the advancing Dillon, but a high bounce saw the ball clear the Rovers crossbar. Uzor then released David Manu, but after beating a couple of challenges he was unable to get a shot away and the chance went begging. Rovers were almost in on the half hour when Perri Iandolo released Manu but his inviting low cross was not capitalised on by anyone.

Mealing fired a free kick over the crossbar on 37 minutes, but just two minutes later and it was 2-0. A deep corner was only partially cleared and from a back heel across the face of goal by Mealing, Louis Rogers was left with the simplest of chances to make it 2-0.

It was worse for Rovers on 41 minutes, a ball from Khalid Simmo found Kameron English on the left hand edge of the area, and his fierce drive beat Dillon low down to his left.

Rovers gave themselves a bit of a lifeline in first half stoppage time. Having forced a corner they put pressure on Marlow, who were only able to half clear and from the loose ball, Manu cut inside and curled a glorious effort beyond Grant and into the top corner.

Rovers started brightly in the second half, and should have reduced the arrears further. First up a Tristan Cover ball found Bademosi, who in turned released Aziamale but his cross was just diverted away from Manu by Rogers. From the corner Uzor put his free header over the bar.

Bademosi then did well to beat his man and bring a good save out of Grant low to his right. However it was game over on the hour when a low cross from the right was thumped home from close range by Bell.

Rovers introduced Tony Halsey and Adesoye Adedade on the hour, for Aziamale and Mo Amghar, and Halsey almost reduced the arrears shortly after coming on. Showing good strength to shrug off defenders on a bouncing ball, he shot goalwards only to see Jay Welch block the shot, and in the follow up Halsey was adjudged to have fouled Grant.

With fifteen minutes remaining a quick break by Marlow set Curtis Chapple away, but Dillon was off his line quickly to make a good block. Minutes later and English cut inside from the left and bought another good stop out of Dillon. Mealing crashed an effort against the bar, as Marlow continued to dominate, but they failed to increase their tally.

Bademosi bought a good save out of Grant late on, but there was to be no comeback for Rovers and they are left scrapping for their Isthmian lives. 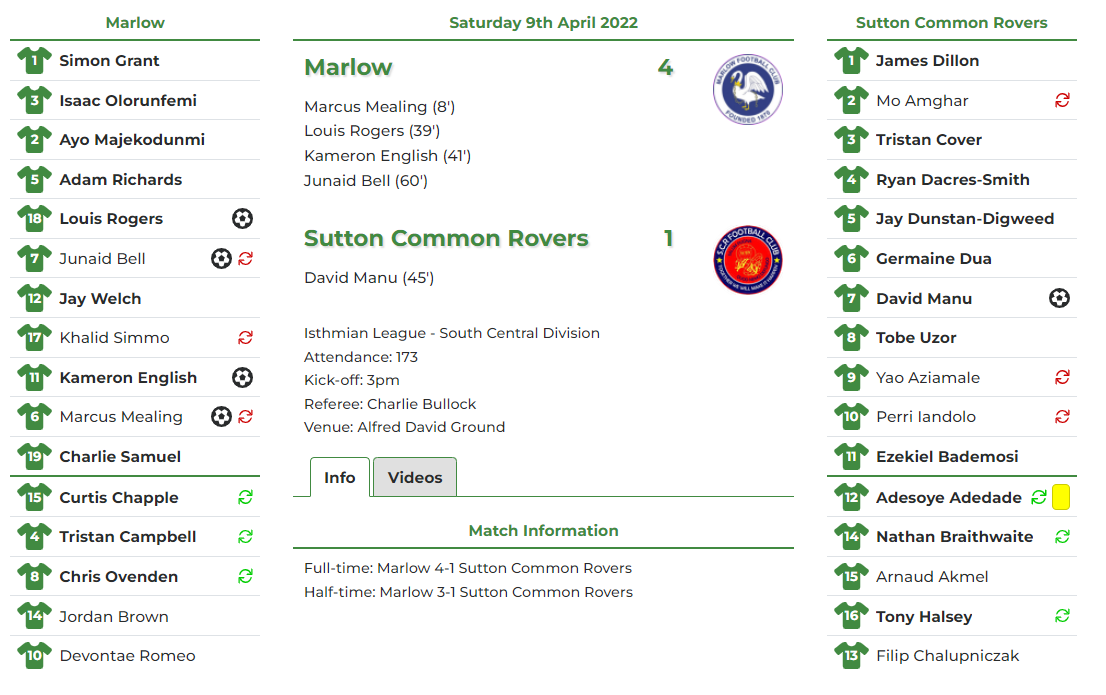