Rovers bowed out of the FA Trophy at the first hurdle for the second season in a row, and still await a first victory in the competition.

At a damp East Thurrock Utd, it was the visitors who made a bright start, and an early run by Kyron Richards forced a corner, which Courtney Swaby swung into the near post. The visitors continued to hold the upper hand, and after good work by Nebay Haile, Tyler Cox swung over a cross and Jack McQueen did superbly to beat Tony Halsey to the ball and clear.

Brian Moses fired wide for East Thurrock on seven minutes. Skipper for the night, Hugo Odogwu-Atkinson planted a free header from a Swaby free kick over the bar as Rovers pushed for an opener and Cox saw his effort deflected over the bar by Ryan Boswell. Halsey was then just unable to get a good connection on another Swaby free kick as Rovers continued to push for the opener.

East Thurrock were starting to gain more ground, and on 27 minutes, Harry Critchley cut inside Kevin Diomande and saw Dan Purdue make a good save with his feet. Ten before the break and after a foul by Diomande on the edge of our area, Oliver Spooner fizzed a free kick just wide of Purdue’s left hand post.

The hosts were dominating play and possession and Moses saw his strike deflected behind by Lloyd for a corner and an effort from distance by Tom Barton flew narrowly off target.

Rovers were dealt a blow shortly before the break when Haile was forced off by injury, to be replaced by the fit again Brian Testolin, and the sides went in level at the break – with a goal not looking on the cards.

After a spell of early Thurrock pressure in the second half it was Rovers who went closest to opening the scoring five minutes into the half, Cox bought a decent save out of the giant Montel Joseph and Testolin looked poised to open the scoring, only to see the keeper recover superbly to make the save.

East Thurrock took the lead just shy of the hour, a cross from the left found the giant Moses unmarked in the area and he planted a powerful header beyond Purdue for 1-0. Five minutes later and it was worse for Rovers.

Having initially done well to defend a dangerous East Thurrock attack, Rovers fell asleep at the corner and the unfortunate Bertie Lloyd headed past his own keeper for 2-0.

Free from suspension Rhamar Garrett-Douglas replaced Jake Rumble on 70 minutes, and Rovers worked hard to get back into the game. Matt Surmon saw an effort fly wide of the left hand post. Darnell Kithambo saw an effort saved by Purdue as the hosts looked to seal the game and with 15 minutes remaining the same player was denied by a superb stop by Purdue low to his left.

Rovers were given a glimmer of hope as the game entered stoppage time. A free kick from the right was headed into the path of Diomande and the he crashed an unstoppable shot beyond Joseph.

Any hopes of a Rovers recovery were dashed within a minute, with Rovers throwing players forward, in the hope of a Lancing-esque recovery, East Thurrock broke quickly and the ball eventually arrived at the feet of Oliver Sweeney who fired into an empty net. 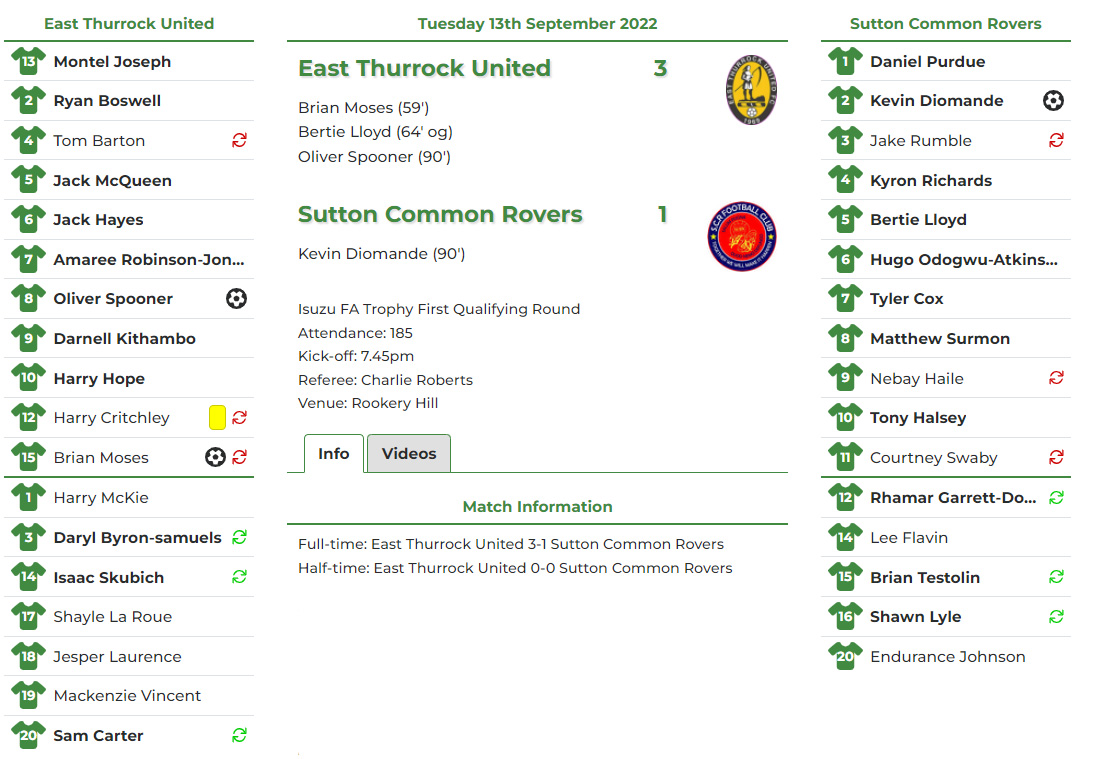 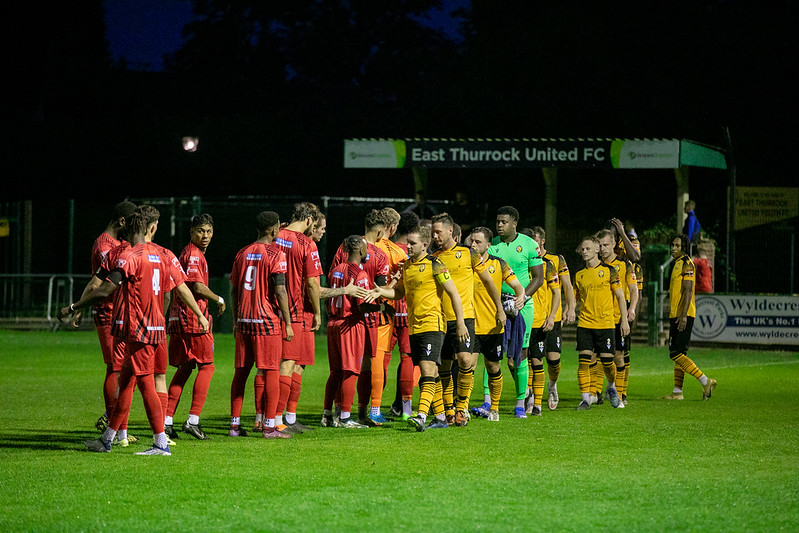