FA CUP WOES AS FIRSTS CRASH OUT OF COMPETITION 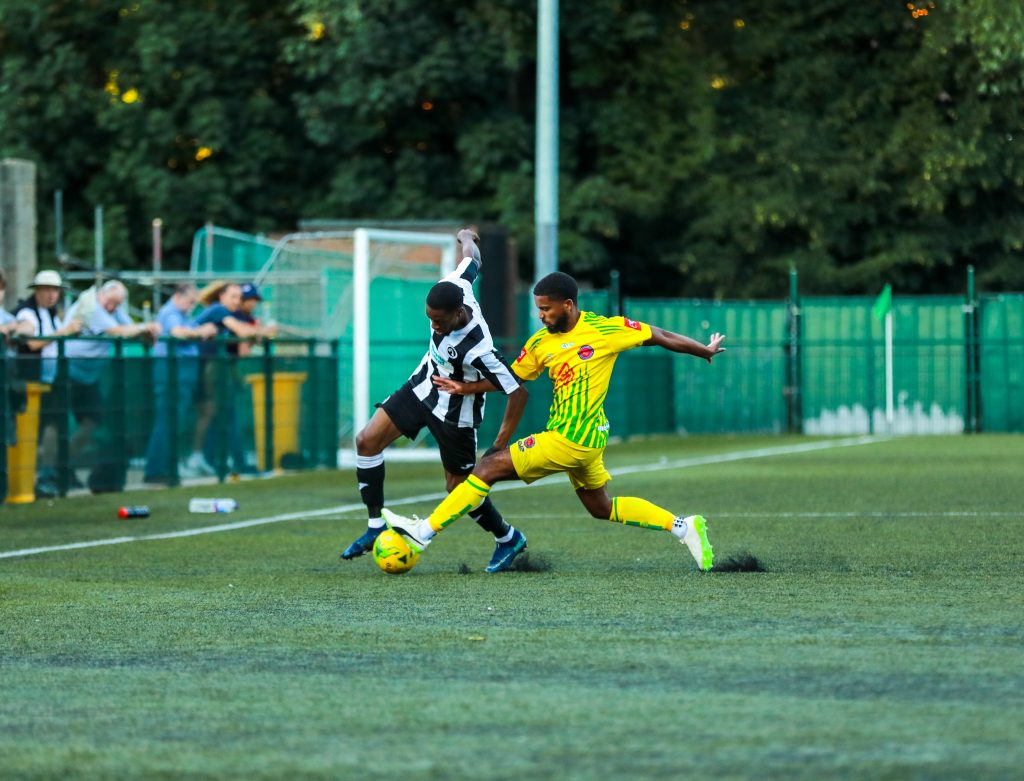 Rovers flirtation with this seasons FA Cup ended in ignominious defeat, against lower ranked opposition, in the Extra Preliminary Round.

Having forced a replay following a goalless draw at Fisher’s St Pauls Stadium, Rovers fans might have hoped that home advantage would see their side through, but it was not too be.

Darren Salmon and Lee Flavin made a couple of changes from the first game with the experienced Matt Tanton back in the starting line up in place of Ryan Stedman-Hoyte, and youngter Jake Riddington given a first start in place of the injured Brian Testolin.

In a first half that was, lets be generous and say “disappointing”, neither side were able to dominate, although you could make the case that we had marginally the better of it.

The first chance did fall to the visitors five minutes in, when they forced a corner on the right, but after a goalmouth scramble Matt Tanton cleared the danger. We broke quickly, and from a low Rhamar Garrett-Douglas cross, Fisher keeper Samuel Amedu got down well to gather the ball. Hugo Odogwu-Atkinson made a good block as Joshua Montella went to strike on 15 minutes and Shawn Lyle fired an effort way wide just after.

It was generally a very scrappy game, with little in the way of good play from either side. The only real moment of note came towards the end of the half when the visitors were lucky not to be reduced to ten men, when Luke Thomas hit Matt Tanton with a horrendous challenge, somehow only earning the offender a yellow.

We had a couple of half chances towards the end of the half, a deep Tanton cross was heading towards Jake Riddington only for a superb clearing header by Foday Jaiteh diverting the ball for a corner, from the corner Lyle headed over the bar.

Riddington and Rhamar Garrett-Douglas linked up well on the right and a fizzed cross was well defended by Joseph Adewunmi at the near post. We then survived a huge scare when a quick Fisher break saw an underhit backpass find Montella but his effort was well saved by Endurance Johnson.

Fejzi saw an effort chalked off for offside, and with just over 15 minutes remaining we replaced Tony Halsey with Ade Gbolohan. Fejzi who was becoming more influential crashed a superb effort just over the bar and almost immediately Fisher took him off, which at the time looked good for us.

We almost took the lead on 81 minutes, a great move on the right saw Stephane Akmel fire in a dangerous cross which was superbly defended by Sam Fitzgerald, with Lyle poised to pounce. Fisher launched the ball forward where a couple of poor defensive headers led to the ball falling at the feet of Montella. Johnson saved well from his low drive but the ball was recycled to Montella and this time he made no mistake.

The game ended in fractious circumstances with a melee by the dug out after a Fisher official delayed us getting the ball for a restart, but after last years exploits, our cup run ended this year rather earlier than hoped.