FIRST PRE-SEASON WIN AT THE MILLERS 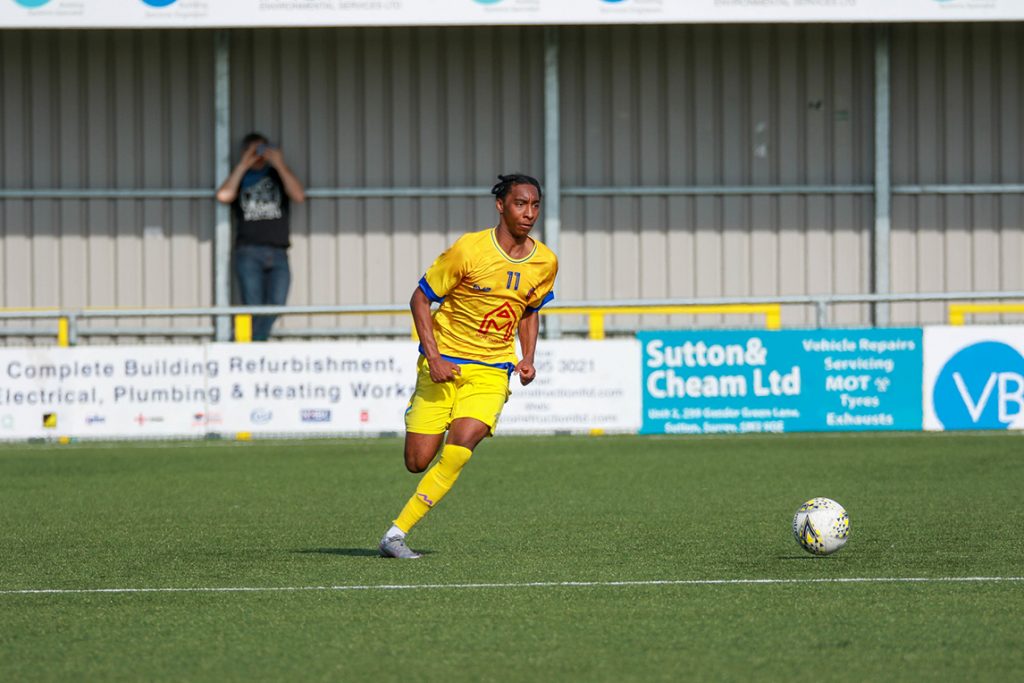 A cagey start saw very few opportunities for either side to open the scoring, however it was us who struck first midway through the half, when a defence splitting Ryan Dacres-Smith pass found Tyrell Butler and he fired low to Cray Valley keeper Chris Lewington’s right to put us ahead.

Valley were clearly stung by this and responded positively, but aside from a Gavin Tomlin strike that rattled Michael Eacott’s right hand post , we were relatively untroubled.

We increased our lead n the stroke of half time. Kiyo Brown (pictured above in action last year) saw his effort well saved by Lewington, but from the corner he was able to fizz a decent strike beyond Lewington foe 2-0.

Both sides made changes at the interval, and the game became a little disjointed, but we increased our lead on the hour, and it was Butler on target once again. This time he latched onto Brown cross to make it 3-0.

A late Ade Adeyemo strike from distance gave the hosts some hope, and we withstood some late pressure to pick up the win.