FIRSTS BOW OUT OF COUNTY CUP 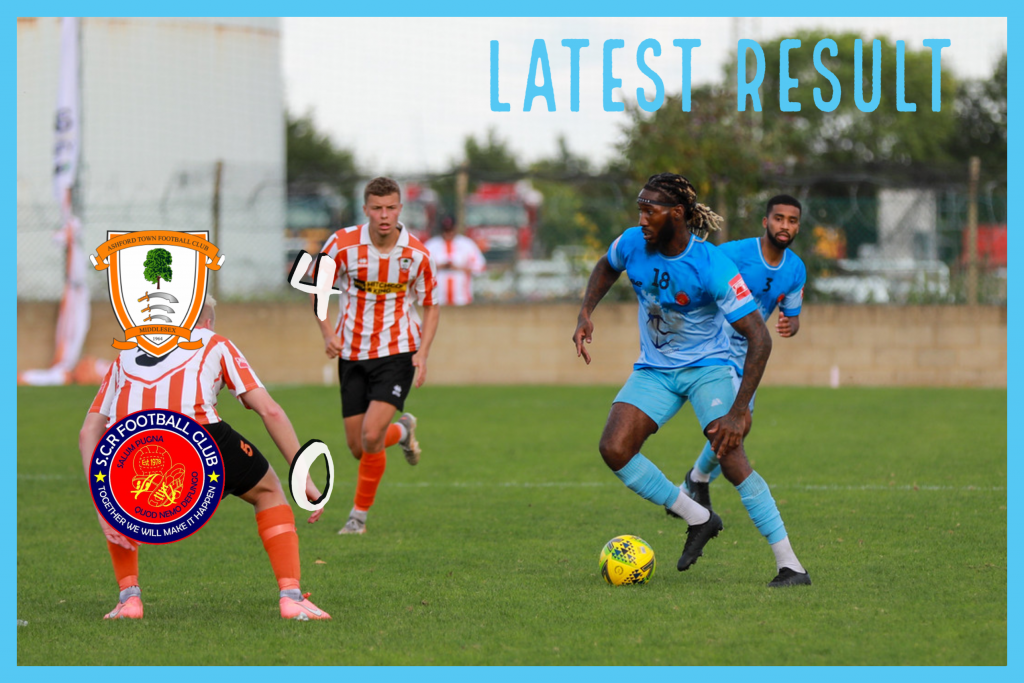 The First team bowed out of the Surrey Senior Cup in disappointing fashion on Thursday, when the slumped to a 4-0 defeat away at Ashford Town (Middx).

Darren Salmon rang the changes to keep his squad fresh, with seven different starters from the side that had drawn away at Binfield.

Ashford got off to a bright start and took the lead in the tenth minute when a ball over the top released Kain Adom and he slotted beyond James Dillon for 1-0.

We responded positively and midway through the half young debutant Tobe Uzor planted a header from a free kick wide and that was probably as good as it got.

Salmon made a change just before the interval, with Shawn Lyle on for his 50th appearance in place of Kiyo Brown.

Ashford increased their lead fifteen minutes into the second half, through a Wayne Ridgely free kick.

We made a couple of changes, introducing Christoph Aziamale and Bolaji Williams, for Anh-War Tran-West and Ethon Archer, but it had little effect, and two late goals, an Adom penalty and George Spiers header ended our hopes.

Back to league business on Saturday.