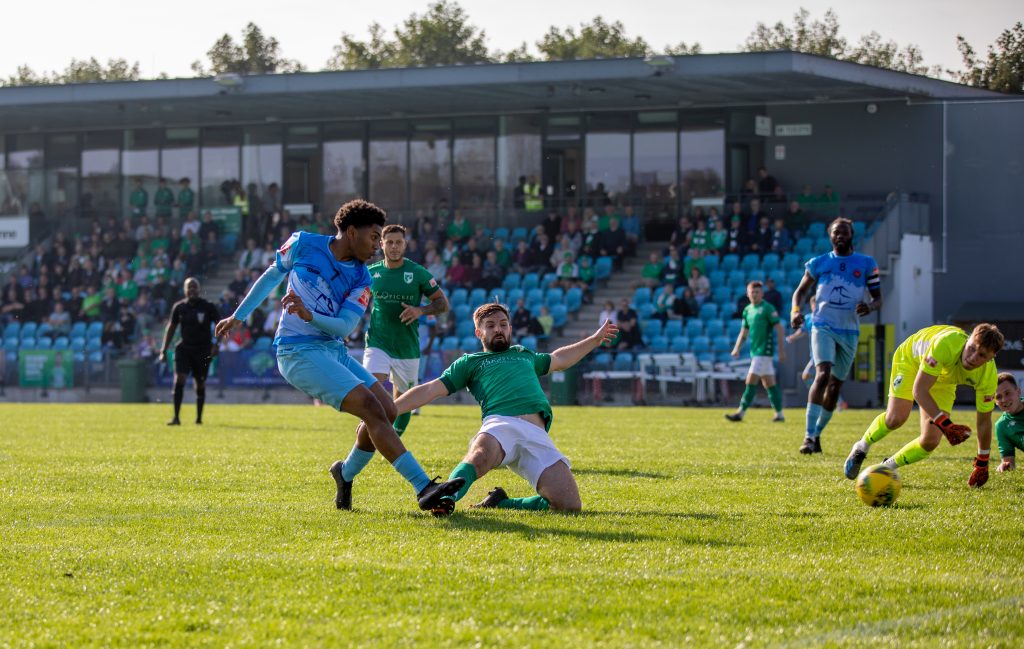 Rovers first overseas venture ended in defeat when they were beaten 3-1 by hosts Guernsey on Saturday.

Darren Salmon handed a debut to Bolaji Williams up top, and there was a first start for Emmanuel Tehe. Malachi Robinson returned to the starting line up after suspension, whilst the two other suspended players Matt Tanton and Kyle Henry were on the bench.

Guernsey were out of the blocks quickly, and inside ten minutes had established a two goal lead. Firstly a cross from Charlton Gauvain was miscued by Ross Allen into the path of Kyle Smith and he volleyed the hosts in front. Five minutes later and after a ball fizzed across our area, Allen was on hand to curl an effort beyond Mackenzie Foley for 2-0.

Liam Mahon headed wide as the hosts looked to increased their lead, but we were starting to get a foothold in the game. Tehe saw an effort saved by James Walker in the Guernsey goal and Williams had a strike ruled out for offside.

Mahon fired against our left hand post, and the sides went in at half time with Guernsey two goals to the good.

We started the second half brightly and after Walker had spilled a Jake Hill cross, Grant was on hand to fire home the loose ball, and it was game on.

Adam Allen and Aaron Bogle both put efforts over the bar as we pushed for an equaliser, but it was Guernsey who struck next when a corner somehow found its way through our defence, leaving the prolific Ross Allen with a simple tap in for 3-1.

Foley saved well from another Allen effort, and we failed to trouble the keeper with the headers from Bogle and Allen. Our final chance came in stoppage time when Robinson curled an effort round his man, only to see it cannon off the bar and away to safety. 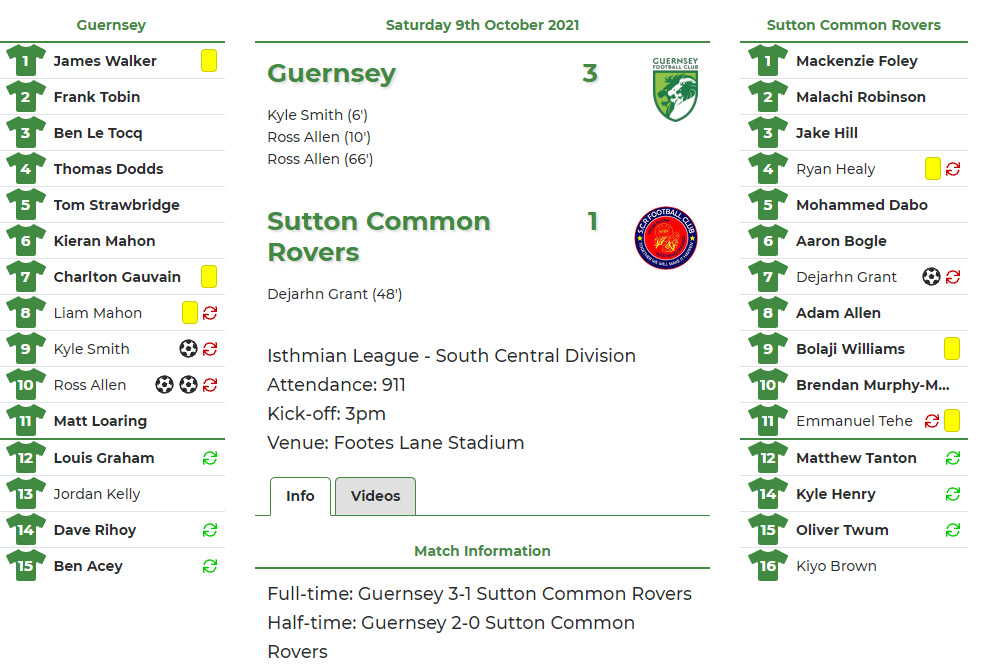