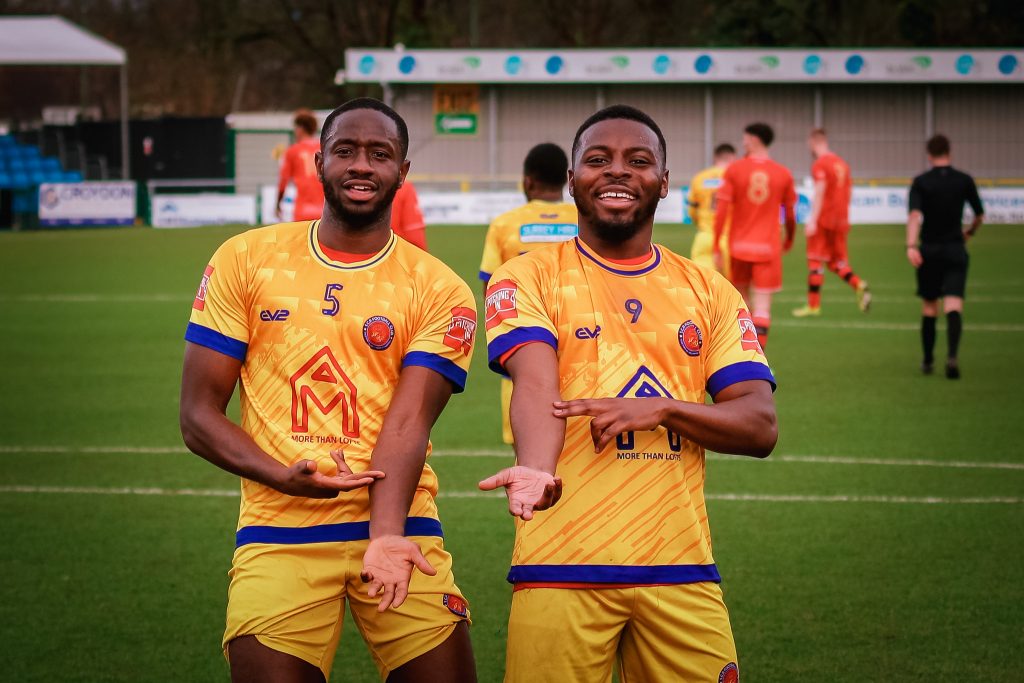 Sutton Common Rovers were unable to follow up their impressive win at Thatcham Town last week, succumbing to a 2-1 loss to in-form Northwood at the VBS Stadium.

The visitors extended their unbeaten run to eight games following the win which saw all three goals scored in the first half. By contrast, Rovers have won just once in their last eight leaving them hovering perilously close to the drop zone.

It was Northwood who were off to the brightest start, with James Gurteen having hit the post from a corner. A warning shot across the bows, but it didn’t take long for Wood to strike the first blow. The imposing Sydney Ibie won a free kick on the edge of Rover’s area and up-stepped Keagan Cole to loft his shot over the wall and past a despairing James Dillon.

Rovers weren’t laying down though and came at Northwood’s defence with purpose. The windy conditions never helped with a crucial final ball on too many occasions, but a Yao Aziamale shot from 15 yards deflected past Daniel Hosier to level the scores.

The ultimate blow came just after the half hour mark when a cross in from Andy Lomas found an unmarked Josh Helmore at the back post whose shot was rifled in, almost taking out the net!

Rovers would look to take advantage of the wind in the second half but too often, tried to be delicate around the box rather than testing Hosier. Northwood were happy to sit deep and attack on the break if required, and Ibie forced a fine save out of Dillon in one such case.

There were crosses that flashed across the goal, rebounds that couldn’t be converted and free kicks pushed away as Rovers searched for an equaliser. The best chance fell to substitute Prince Adeyemi who couldn’t convert a follow up from ten yards, blazing over. The equaliser never came, and Northwood saw out a cagey second half to take all three points.

Manager Darren Salmon will take heart from good spells of possession and attacking intent but with four goals scored in eight games, it’s evident where improvements must be made and todays showing was more evidence of that.