FIRSTS PICK UP POINT AT TOOTING 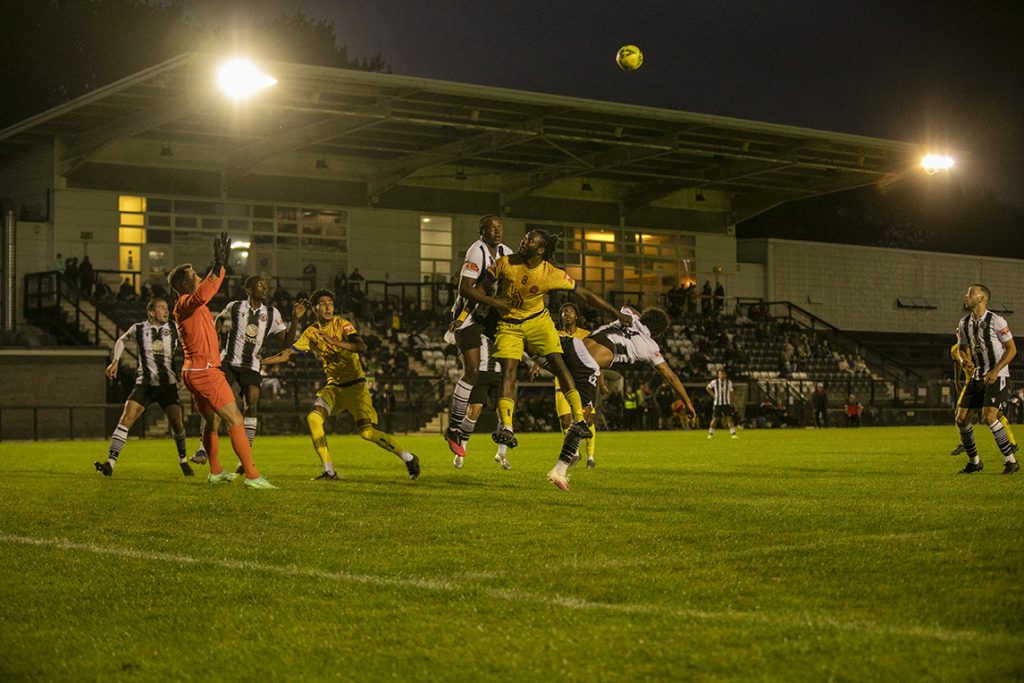 Rovers picked up their first point of the campaign on Tuesday night when a Danny Fernandez strike saw them draw 1-1 at Tooting & Mitcham Utd.

Manager Darren Salmon welcomed back Matt Tanton into the starting line up in place of Sam Tutt who was rested, with both Ryan Healy and Danny Fernandez in the squad, Naseem James and Dom Bates making way.

Rovers made a bright start, putting Tooting on the back foot, but for all their possession they hadn’t troubled Gary Ross in the Tooting goal. Going the other way the lively Tooting front line we’re keeping the Rovers defence on their toes. Ollie Bennett fired an effort through a crowd which Michael Eacott was down smartly to gather, and Butler was unable to turn a free kick goalwards as both sides looked for the breakthrough.

Andrew Sesay fired wide on 25 minutes, and at the other end Tanton almost found Kiyo Brown with a dangerous cross but the Rovers wide an was just unable to get a connection and the chance went begging. Just after the half hour and Tanton denied Sesay, Kyle Henry then bought a good save low to his right by Ross.

At the other end Eacott did superbly to turn a fizzed Sesay effort wide. Tooting opened the scoring five minutes before the break, a swift break down the right ended with a dangerous low cross into our area, and the retreating Malachi Robinson was only able to turn the ball into his own net.

Half time came with us facing an uphill struggle.

Fernandez, who replaced the injured Henry late on in the first half was starting to have an impact and was causing Mark Waters some problems in the heart of the Tooting defence.  Jamarie Brissett fired high over the Rovers bar on 58 minutes and two minutes later a half cleared effort found Brendan Murphy-McVey but his fierce effort flew just over the bar.

Rovers were deservedly level on 65 minutes. Murphy-McVey was denied by a stunning Ross save from a free kick, but from the resulting corner the ball dropped to Fernandez who hooked Rovers home the equaliser. Tooting responded positively and started to put us on the back foot and a driven effort after we half cleared a corner was well blocked by Ryan Dacres-Smith.

Robinson was released by Dacres-Smith but could only guide his effort over the bar and on 85 minutes another Robinson shot was deflected wide. Back at the other end and a fierce shot by Dan Williams crashed against our bar and away to safety.

Rovers were reduced to ten men with just under five minutes remaining when a late challenge on man of the match Jay Dunstan-Digweed saw the Rovers defender stretchered off and with all substitutes used it left Rovers short of numbers.

A stunning late block by Dacres-Smith preserved a draw and our first step 4 point. 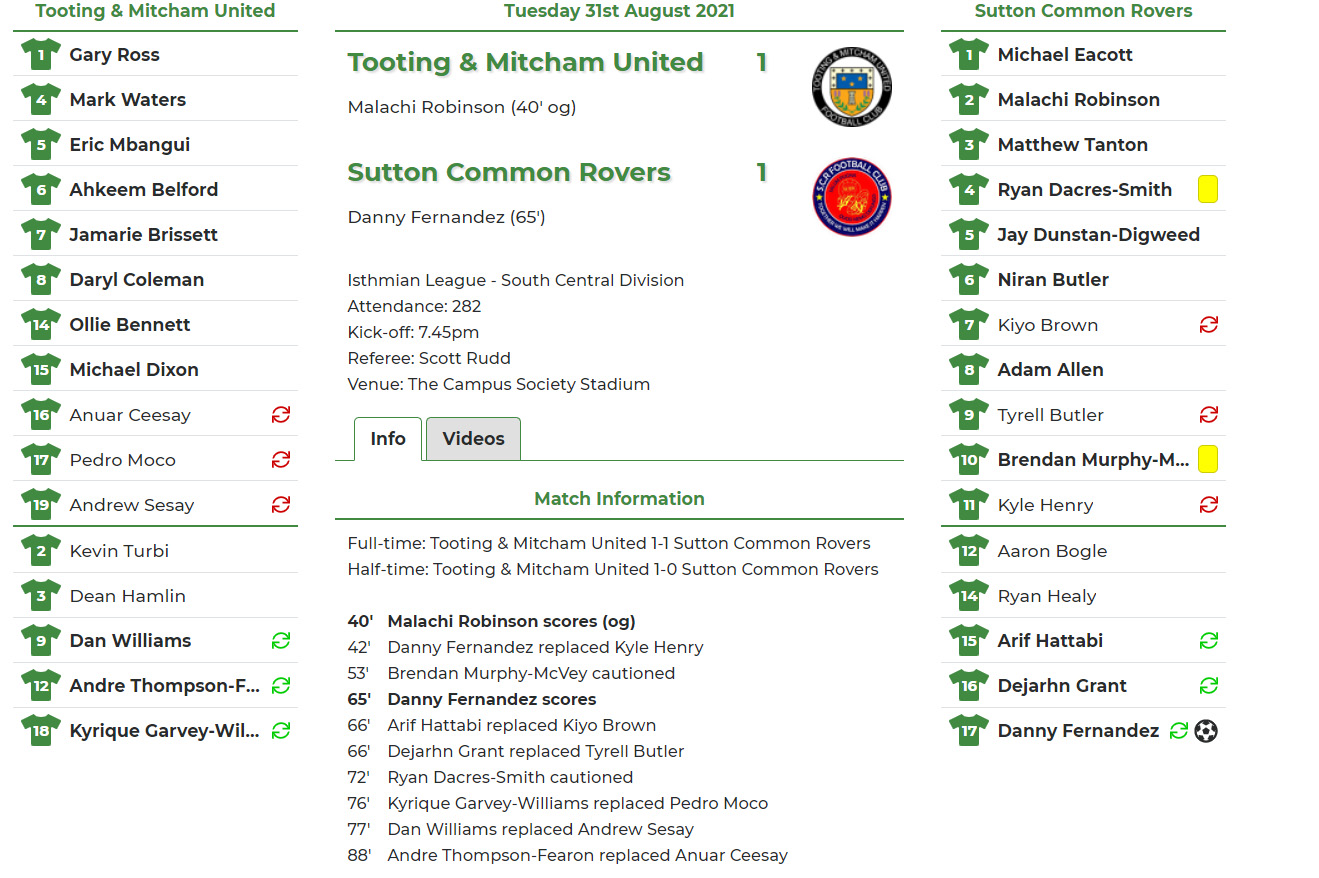