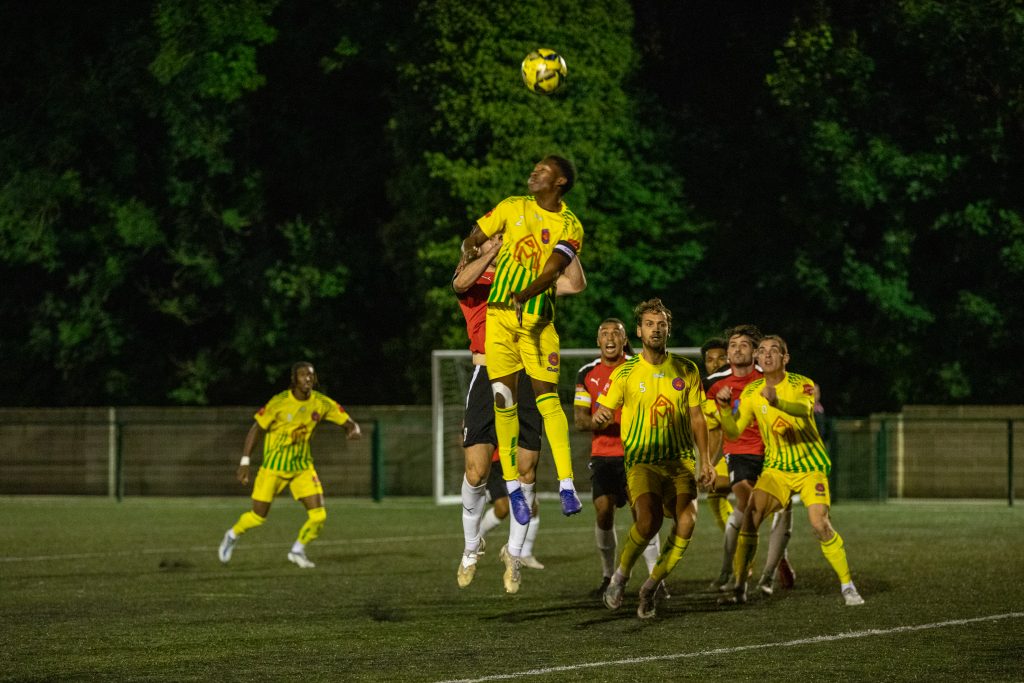 Rovers turned in a poor performance on a chilly Wednesday night to gift Bedfont Sports all three points in their Isthmian South Central clash.

Darren Salmon and Lee Flavin made a couple of changes from the side that bowed out of the FA Trophy the previous game, with Endurance Johnson returning between the sticks, and skipper Rhamar Garrett-Douglas back into the starting line up, Dan Purdue and Kevin Diomande dropped to the bench.

It was a cagey start to the game, with both sides low on confidence and not willing to make a mistake. In fact in the opening ten minutes their was just one corner forced by the visitors which was well defended by Rovers. On 14 minutes the impressive 7 jinked passed a couple of Rovers midfielders but fired wide of the left hand post. Two minutes later and Tony Halsey got on the end of a Courtney Swaby free kick but visiting keeper Gary Ross was able to turn his effort over the bar. From the resultant corner Bert Lloyd headed back across goal and Halsey’s left footed strike went straight to Ross.

Rovers were enjoying their best spell of pressure, and from a decent link up between Tyler Cox and Jake Rumble, the delivery into the area was headed clear by 5 with Garrett-Douglas firing the loose ball over the bar. At this point we were relatively comfortable with Bedfont limited to throwing balls into the box which the backline were defending well.

Kyron Richards fired an effort over the bar midway through the half, before Bedfont opened the scoring on 34 minutes, with a horrendous goal from a Rovers point of view. A long ball forward was swept up by Lloyd who inexplicably played a backpass wide of Johnson, and although the young keeper scrambled back to scoop the ball off the line, he could only push it against Michael Goddard who tapped home for Bedfont’s first league goal of the campaign.

In stoppage time it should have been 2-0, a great break down the right saw Ethan Nelson-Roberts get beyond Jake Rumble and his low cross was turned over the bar by Sam Evans when it looked easier to score.

Evans made up for the miss early in the second half, when a poor clearance by Matt Surmon was pounced on by Tayshan Hayden-Smith and his cross found an unmarked Evans who planted his header firmly beyond Johnson to give the visitors a cushion. Shortly after and Hayden-Smith found Evans but after a good touch his powerful strike was superbly blocked by the covering Garrett-Douglas.

Five minutes into the half and Rovers had a chance to get back into the game, Swaby’s free kick was knocked down by Halsey but Cox could only fire his effort over the bar. Ross then did well to intercept a low driven Nebay Haile cross with Rovers waiting to pounce. Cox then curled an effort wide of the left hand post with Ross well beaten.

Goddard saw a poked effort just shy of the hour deflected behind by Lloyd. Rovers made their first change with Shawn Lyle coming on for the injured Richards, but Bedfont struck again with just over 20 minutes remaining. A free kick on the left was swung into the Rovers box, and having seen Evans plant a header home earlier, once again he was allowed a free header and the outcome was the same.

Full time came though with Rovers beaten and still searching for that first competitive home goal. 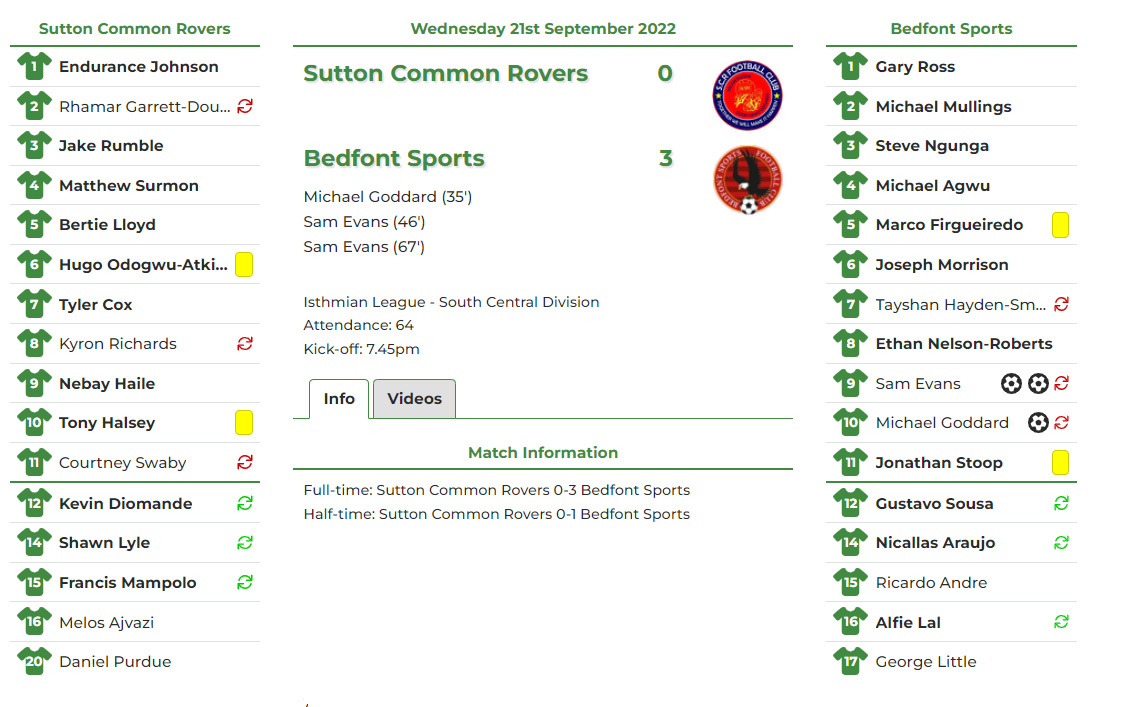