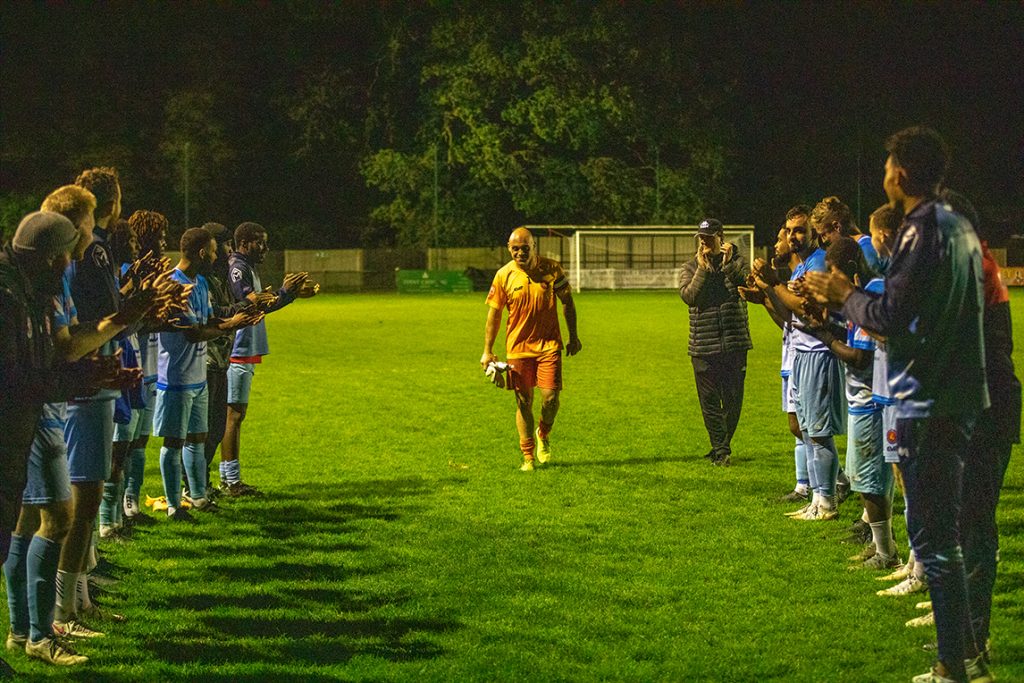 Rovers progressed into the First Round of this seasons Surrey Senior Cup thanks to a controlled performance in their 2-0 win over Combined Counties Premier Division Molesey on Tuesday.

Darren Salmon was forced into numerous changes from the side that had defeat Thatcham Town the previous Saturday, with Craig Bradshaw, Connor French (both ill); Merrick James-Lewis, Kiye Martin (unavailable) and Adam Allen (injured), coming into the side were Aaron Goode, Ryan Dacres-Smith, Danny Fernandez, Dejahrn Grant and Brendan Murphy-McVey. With no goalkeeper available, Aaron Bogle, on his 250th appearance, took the gloves.

Rovers started brightly keeping the ball and moving it nicely around the park without really troubling the Molesey keeper, and it was the hosts who went closest to opening the scoring. Kijji Williams-Junior broke down the right and saw his driven shot well saved by Bogle, from the rebound Tate Greenaway looked as though he must score, but Bogle pulled off another great stop and from the loose ball he recovered brilliantly to gather on the line, ahead of Connor Channon.

We should have opened the scoring on 16 minutes, Malachi Robinson and Murphy-McVey released Grant on the left, his shot was well saved by Theo Bromley in the Molesey goal, and from the rebound Murphy-McVey saw his effort blocked on the line. The game was fairly open, and on 22 minutes, Wills Robinson got beyond our backline, poked the ball beyond Bogle and we were grateful to Jake Hill for getting back and clearing off the line.

On the half hour we opened the scoring. A quick Murphy-McVey free kick set Fernandez away and into open space, and as Bromley advanced he guided the ball over the top and into the net for 1-0 and gave us a lead into the break.

Early in the second half, and Fernandez released Grant but he fired his effort over the bar. Shortly after and an awful challenge on Matt Tanton by Molesey’s Josh Andrew saw him go into the book, considering he had done a similar one on the same player in the first half he could consider himself fortunate not to see red.

Fernandez was denied by Bromley from close range. Football is a game of fine margins, and it was highlighted on 55 minutes. At one end a poor clearance by Bogle, his one mistake of the game, saw him gift the ball to Wills Robinson and as the forward approached goal and looked poised to score, Goode came from nowhere to make a superb challenge. The ball was quickly transferred to the other end, and eventually found its way to Bromley. The young keeper copied Bogle and played the ball straight to Fernandez and the Rovers man curled the ball into an empty net for 2-0.

We continued to press, and with 20 minutes to go substitute Shawn Lyle hit the crossbar with a header, and Bromley was able to pounce on the ball before another substitute George Baker could force it home. Baker then saw his shot well saved by the keeper.

With 15 to go Ryan Healy saw his shot well saved by Bromley’s feet, and minutes later a turn and shot on the edge of the area bought an outstanding save out of Bromley low to his left.

Molesey put us under some pressure towards the end of the game, but with Goode and Hill defending confidently, and Bogle looking every inch the quality goalkeeper that we know he is, there was no way through and we secured a 2-0 win, and a home tie with Farnham Town in Round 1. 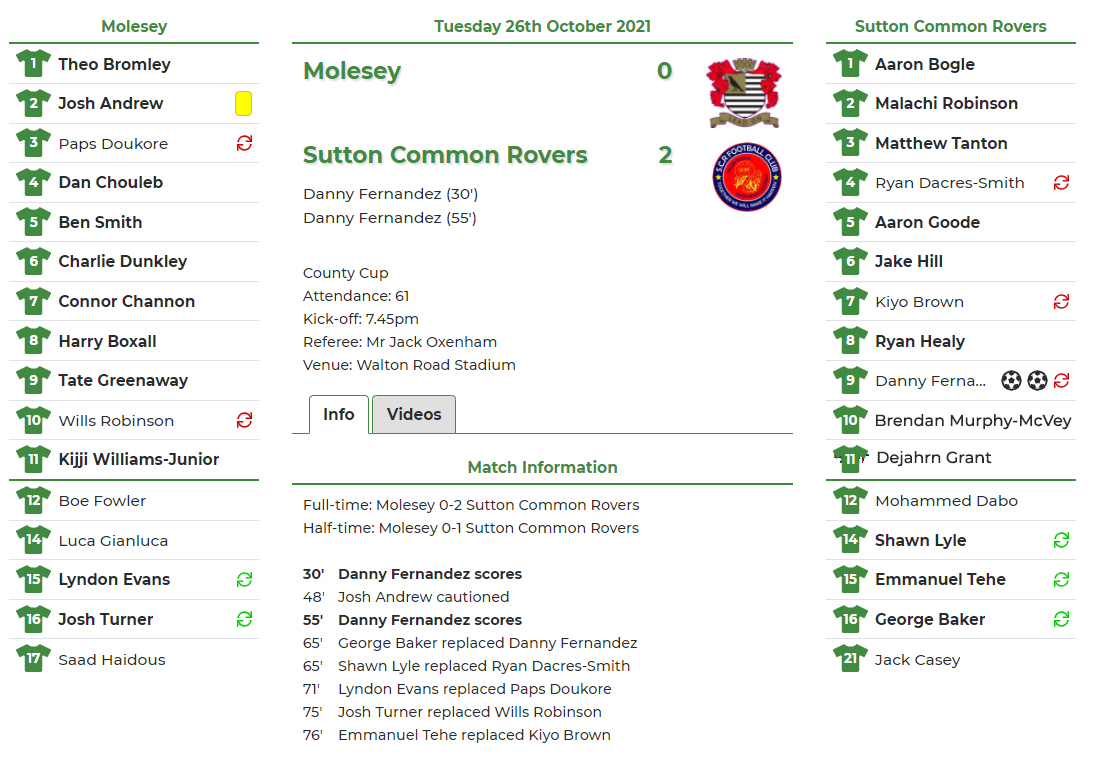