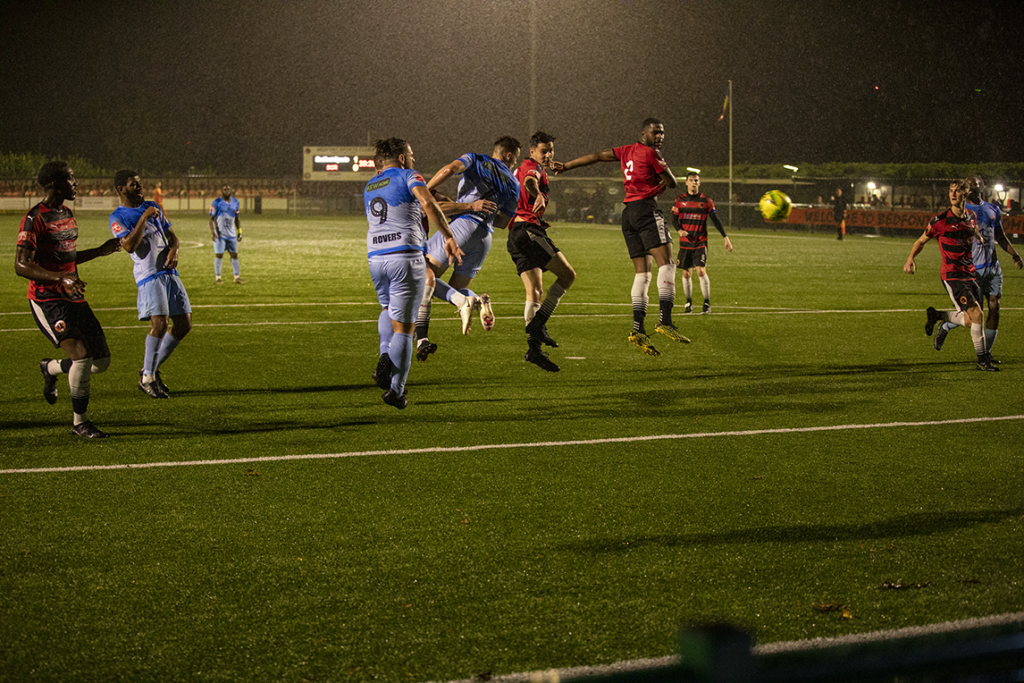 The First’s difficult start to the season continued last night when they went down to a 7-1 defeat against an excellent Bedfont Sports side.

An intriguing opening half hour saw the hosts have the better of the play, but aside from a couple of tidy stops by Mackenzie Foley and a smart save by Bedfonts Dimitrios Kyriatzis there was little to trouble the keepers.

Bedfont struck on 37 minutes, when we failed to clear a set play, and Joe Jackson curled a smart effort beyond Foley for 1-0. Our response was positive and instant. Connor French was bundled over wide on the left, Brenday Murphy-McVey swung the free kick in, and Ryan Healy climbed highest to head us level.

Going in at 1-1 after falling behind would have been a huge boost, but we fell asleep in the last minute of the half, and a ball split our defence, finding Ezekiell Badamosi who fired Bedfont into a half time lead.

A positive start was required, but we fell further behind five minutes into the half when Darryl Sanders put Bedfont 3-1 up, and four minutes later Foley pulled off a stunning stop from a spot kick to keep us in the game.

However the respite was short, Ricky Wellard (59 mins), Badamosi (65) and Max Webb (69) stretched the Bedfont lead as the hosts looked as though they could score at will.

Scoring was completed ten minutes from time when substitute Lewis Flatman curled home the goal of the game for 7-1. 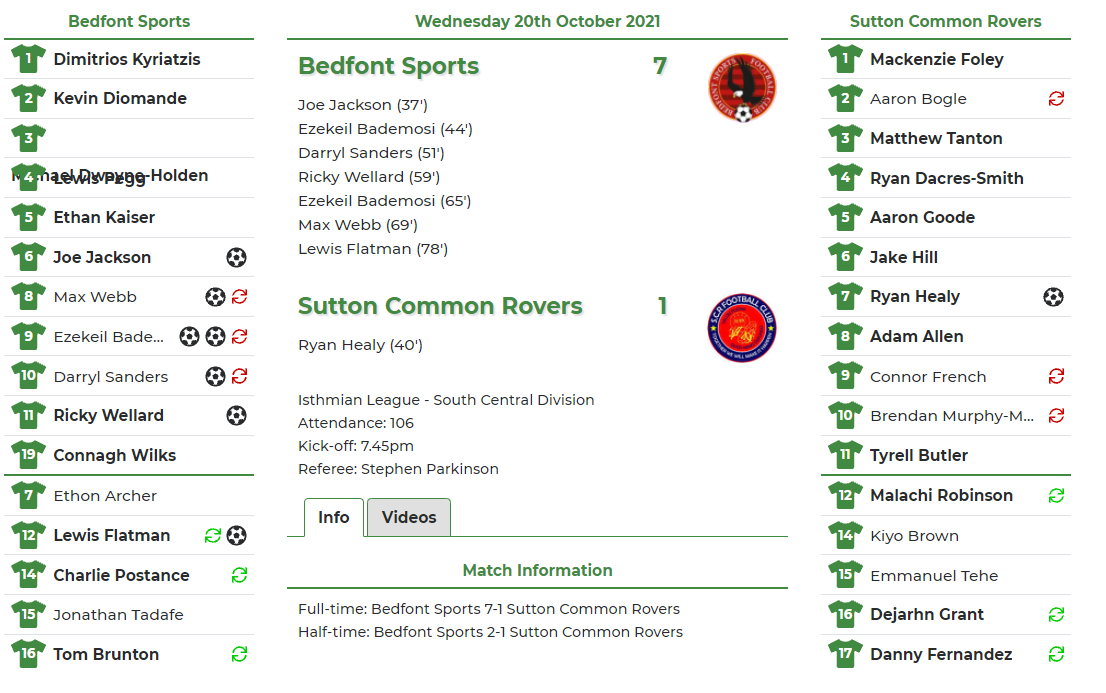