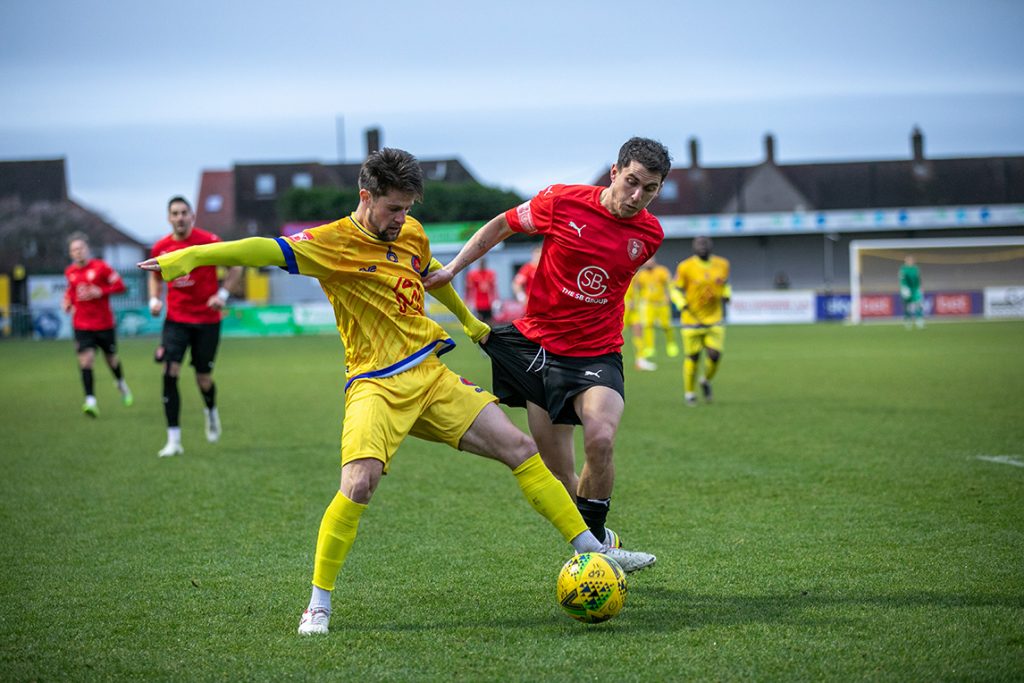 A late Connor French penalty was scant consolation for Rovers as they were put to the sword by title favourites Bracknell Town on Saturday.

The last thing you need against Bracknell is to get off to a bad start and get their tails up, once that happens you are on a hiding to nothing. Unfortunately we got off to the poor start. Almost immediately Bracknell forced a free kick, loaded up our area and after Jake Hill had only half cleared the ball, Michael Atkinson saw his effort gathered by Sheikh Ceesay.

It was 1-0 on five minutes, a shot by Max Herbert was half saved by Ceesay and from the loose ball the prolific Dave Tarpey was on hand to fire the visitors ahead. Two minutes later and Duncan Culley screwed an effort wide of the Rovers right hand post.

Temi Eweka headed over under pressure from Ceesay, as the visitors continued to dominate. Atkinson fired wide of the right hand post on 20 minutes, before our first chance on 21 minutes saw a Brendan Murphy-McVey shot gathered by the Bracknell keeper.

Eweka had the ball in the net on 23 minutes but brave defending by Jake Hill had seen him take a kick to the head and the effort was chalked off for a foul. It was 2-0 on 35 minutes, a free kick on the left saw Anthony Cheshire given the freedom of our area to head home, and four minutes later Rovers were caught overplaying at the back ending up with Hill bringing down Tarpey and Seb Bowerman converted the spot kick to give the visitors a 3-0 lead at the break.

After the break Rovers did pose a little more of an attacking threat, but were not able to trouble the Bracknell backline, and the visitors increased their lead five minutes into the half. Rovers half cleared a corner, and the ball found its way back to Max Herbert and he saw his effort deflected beyond Ceesay for 4-0.

It was 5-0 on 70 minutes, Rovers lost possession as they incredible Bracknell press swarmed around them, and the ball broke to substitute Zidan Aikers who fired beyond Ceesay. A minute later and the comeback was on…Ollie Twum cut inside Emeka and found Shawn Lyle, and the Rovers midfielder was pulled down by a combination of Anthony Cheshire and Ethan Burden. French converted the spot kick for 5-1.

Rovers pushed for more goals, but the Bracknell defence was in no mood for further consolations, and with five minutes remaining Bowerman notched his second, and scoring was complete in stoppage time with an Akers tap in.