FIRSTS WIN AT THE VALE 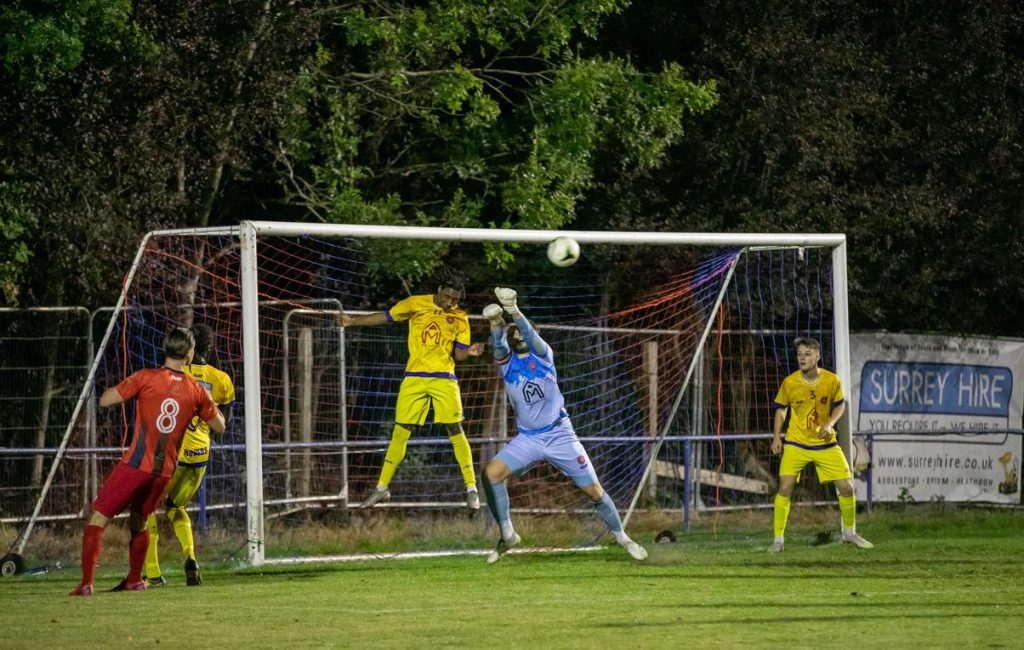 Goals from Kiyo Brown, Danny Fernandez and Tyrell Butler give the firsts a win away at Raynes Park Vale.
Brown struck on 19 minutes, cutting inside the Vale left back and driving a low shot into the bottom left hand corner.

We survived a scare on 35 minutes when Aaron Bogle was adjudged to have pulled down Archie Harland-Goddard, but Darren Thomas saw his spot cake saved by Michael Eacott.

A minute later and the same player crashed an effort against the Rovers bar. The harsh nature of football was illustrated a minute later, instead of being level, Vale found themselves 2-0 down, when Danny Fernandez crashed home an effort from 35 yards, surpassing his effort from the weekend.

Vale pushed hard in the second half, before we struck again on 73 minutes, when debutant Sam Tutt found Ollie Twum and he squared to Tyrell Butler who drove home his first goal for the club.

James Curran headed one back for Vale with just over 15 minutes remaining, but our backline held firm to secure the points.

Darren Salmon will have been pleased with the efforts of his younger players, with four teenagers on the pitch at the end of the game, and two of them on the scoresheet.

More worryingly though Jay Dunstan-Digweed and Danny Fernandez both went off injured, joining another five on the treatment table.