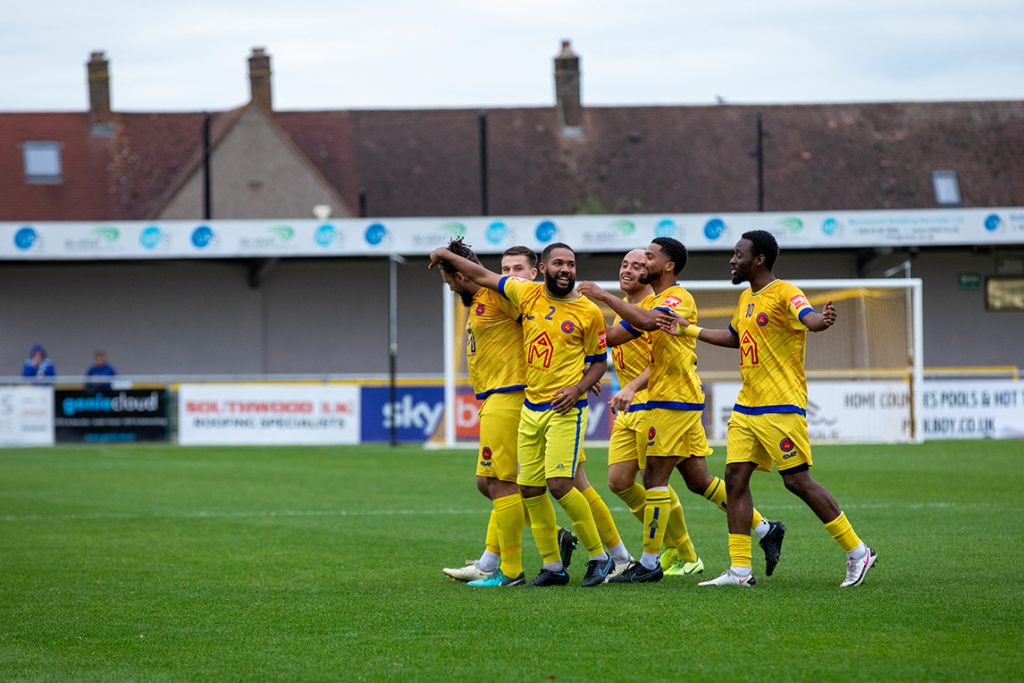 Darren Salmon rang the changes after the defeat at Bedfont Sports. Craig Bradshaw returned in goal, with Malachi Robinson restored to the backline, making way were Mackenzie Foley, and Aaron Goode. Kiye Martin and Merrick James-Lewis were handed debuts and their was a rare start for Kiyo Brown, this saw Ryan Dacres-Smith and Brendan Murphy-McVey drop to the bench, with Tyrell Butler being rested.

After a cagey opening to the game, with both sides trying to figure each other out, it was the visitors who looked to have just the better of things, with the lively Alex Miller having a great tussle with Matt Tanton. On one occasion the forward did kept free and his low cross was just in front of the on-rushing Lamin Ceesay. However it was Rovers who went close to opening the scoring with neat link up between Kiyo Brown, James-Lewis and Martin ended with the latter seeing his shot deflected wide.

Thatcham had a strong spell of pressure, with a Tanton clearance only falling to Kieran Jordan and his point blank effort bought a good save out of Craig Bradshaw in the Rovers goal. The visitors thought they had taken the lead midway through the half. Intercepting a ball from Connor French to Ryan Healy, Daniel Fosu released Ceesay and although he rolled his effort under Bradshaw the flag was up, and the goal chalked off.

A spell of corners followed for the visitors but we were defending well, and held them at bay relatively comfortably.

Healy and Martin linked up well on 34 minutes, and after a ball into French had been set back to Martin, his effort went just wide of the left hand post. Thatcham had a glorious chance to tkae the lead just before the break, capitalising on Rovers overplaying, Jordan broke quickly, and his low ball into the area looked destined for Miller, but a desperate lunge from Jake Hill was enough to put off the forward and his effort went over the bar and the sides went in level at the break.

Rovers made a lightning start to the second half, forcing a throw in deep in Thatcham territory, the ball was played into French, and his turn and shot from just outside of the area crashed in off the underside of the bar for 1-0.

Thatcham responded positively, and went close to a leveller on 61 minutes, a loopy cross shot by Kai Stubbs-Alleyne hitting the bar, and the rebound from Miller being deflected wide. A minute later and a last gasp interception by Robinson prevented Ceesay from getting through.

After weathering a bit of pressure, we started to get back on top, and after neat play on the right, Robinson cut inside and saw his low effort fly just wide of the left hand post, and back at the other end Ceesay fired a shot away whih was comfortable for Bradshaw.

Lamar Koroma had a glorious chance to level things up two minutes from time, but his free header from a corner went wide of the right hand post, and Rovers had secured three vital points and a rare clean sheet. 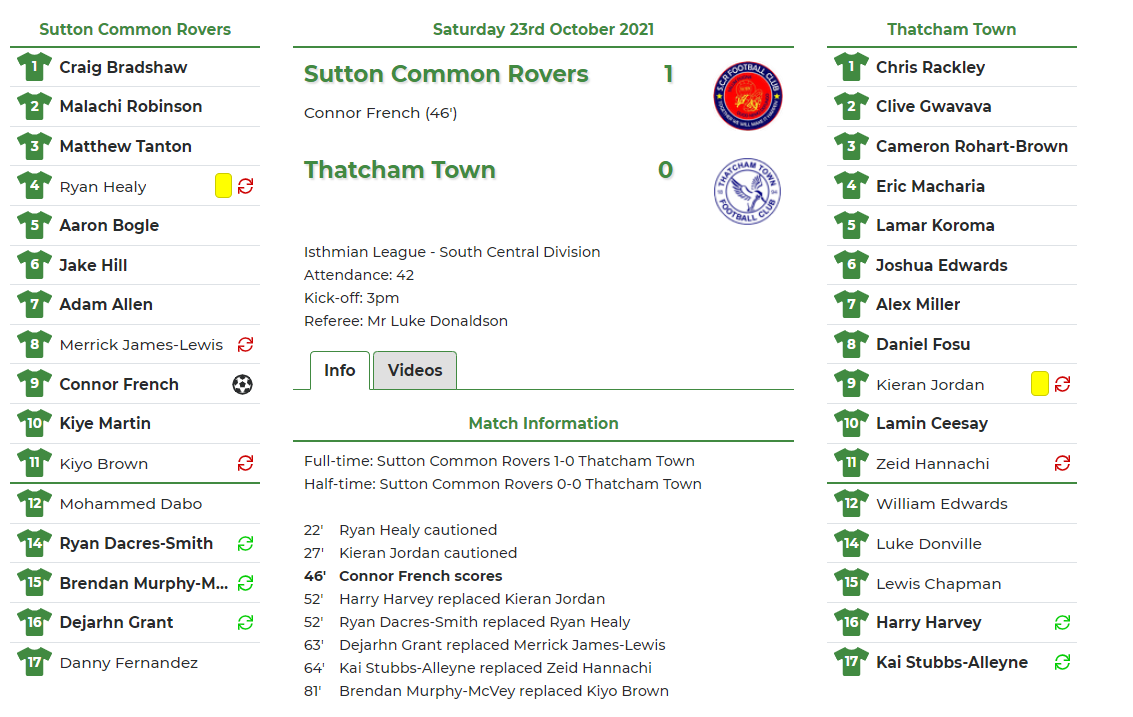