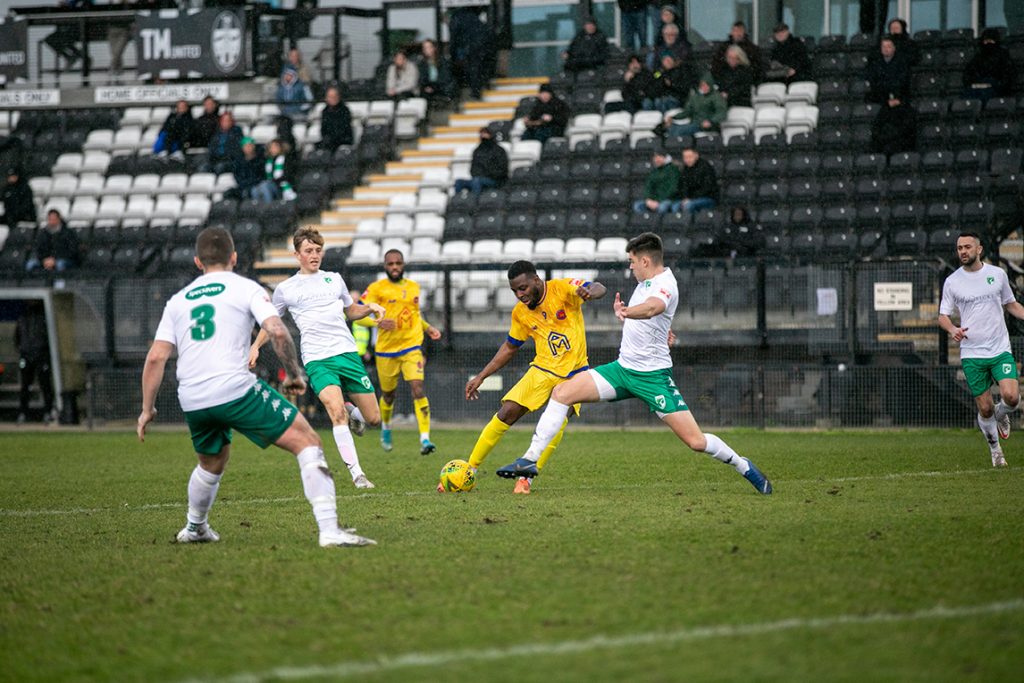 After a bright start by Rovers it was Guernsey who started to take charge of proceedings and forced a succession of corners, all dealt with by the Rovers back line, and it was no real surprise when they opened the scoring on 11 minutes.

The manner of the goal though will have infuriated Darren Salmon. Rovers had a free kick ten yards outside the Guernsey area, Anh-War Tran-West played a poor ball out wide to Matt Tanton, under pressure he went back to Jake Hill and in turn it went back to Filip Chalupniczak, the young keepers kick was poor and picked up by Tom Jackson, he broke a couple of tackles and lofted the ball over the stranded keeper.

Inexplicably the situation was worsened a minute later, from kick off the ball went back to Mo Dabo, his ball into Germaine Dua was poor and a poor touch allowed Matt Loaring in. The efforts of Hill and Chalupniczak stopped him but the ball broke to Ross Allen and although he fell under pressure from Dabo he was able to loop the ball home from a seated position.

Rovers had to claw their way back into the game and almost found a way back on 21 minutes. Debutant Guernsey keeper Lucas Hanley dithered on a back pass and a soft ball out to Jacob Fallaize allowed Jephte Tanga to pinch possession, but Hanley recovered well to make a save at Tanga’s feet.

Shortly after and Tanga got beyond Tom Martin, his low cross was dummied by Christoph Aziamale and fired high over the bar by Will Efambe.

Chalupniczak did well on 27 minutes to get down and block a low drive by Allen, and a minute later after a scramble in our area a quick break released Aziamale but despite getting away from Kieran Mahon he was unable to get a shot away and the chance went begging. On the half hour after more good work by Tanga, Aziamale fired an effort over the bar.

In keeping with nature of the goals, Guernsey almost increased their lead in bizarre fashion. Having initially done well to claim a low dipping cross, Chalupniczak then fired the clearance straight at Allen, and was relieved to see the effort rebound wide of his right hand post.

Tanton denied Loaring with a superb challenge and from the loose ball Allen fired into the side netting. A great move down the right by Guernsey, saw Ben Acey drive in a low cross to Allen, only for Dabo to come from nowhere to block the effort.

Half time saw the visitors with a two goal cushion.

Rovers made a bright start to the second half, with Aziamale forcing Mahon into an area but seeing his shot blocked for a corner, which after a scramble was cleared by Guernsey.

Rovers continued to hold the upper hand but solid defending was keeping them at bay. Tran-West saw his goal bound surge ended by Mahon and from the free kick Hanley claimed well under pressure from Shawn Lyle.

A poor challenge by Keanu Marsh on Tran-West gave Rovers another free kick in a dangerous position and from the resultant delivery, debutant substitute Jorden Adeyemi fired over.

Allen fired over for Guernsey on the hour and with just under ten minutes reminding a powerful header by Mahon was headed off the line by Ryan Dacres-Smith and that was pretty much that. 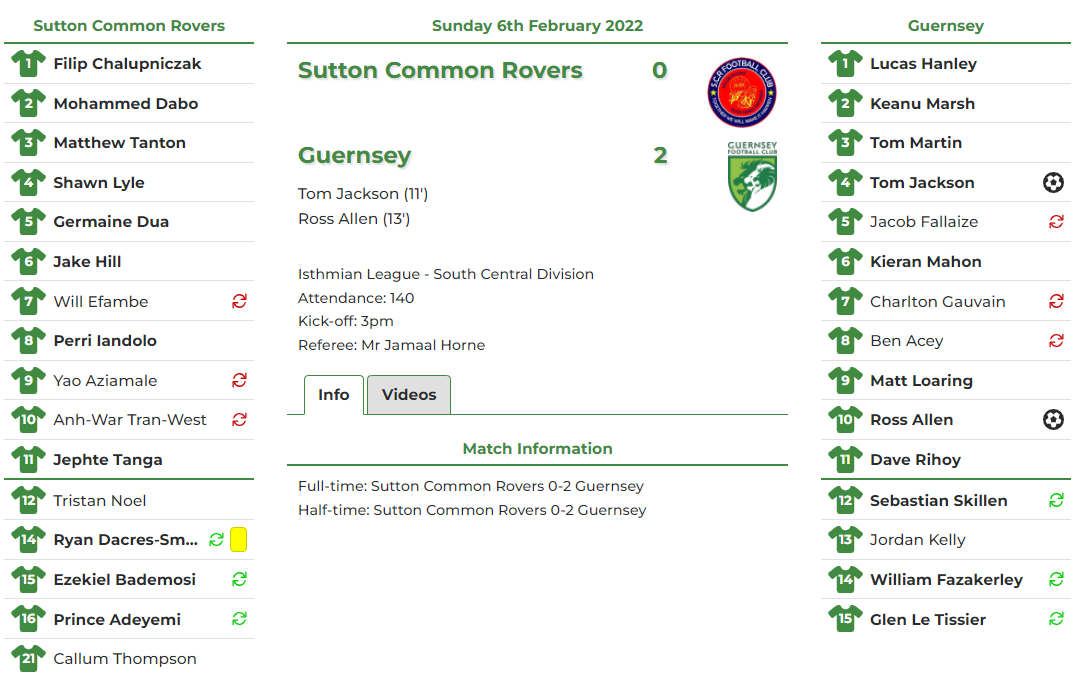