IMPROVED PERFORMANCE BUT NO POINTS 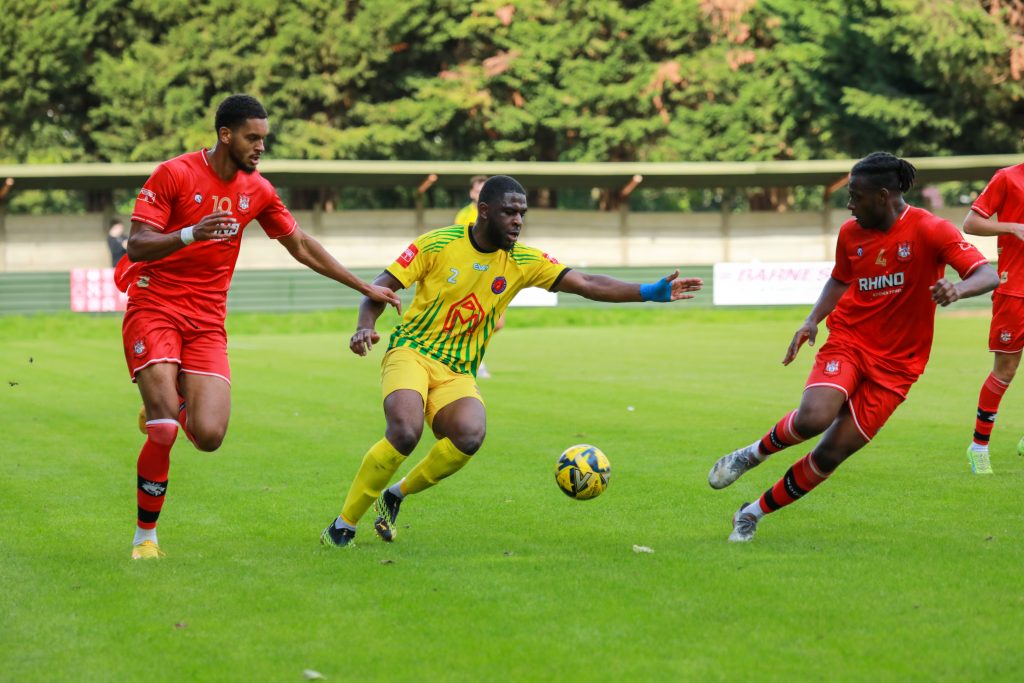 Despite a much improved performance, Rovers slipped to a 2-1 defeat away at 100% league leaders Northwood this afternoon.

A poor start saw us chasing the game as we found ourselves 2-0 down inside the opening 17 minutes. First up the unfortunate Bertie Lloyd turned a cross beyond his own keeper, before a superb incisive break and calm finish saw Northwood take a 2-0 lead. We improved from their, without really threatening the Northwood goal.

The second half saw a much more purposeful performance, with Tyler Cox firing an effort into the side netting. Northwood though are not top of the league for nothing, and could have increased their lead on several occasions in the half.

We pulled one back with five minutes remaining, with Cox beating his man and setting up Francis Mampolo for a neat finish, but try as we might we could not force and equaliser.

Plenty to be encourage about though.