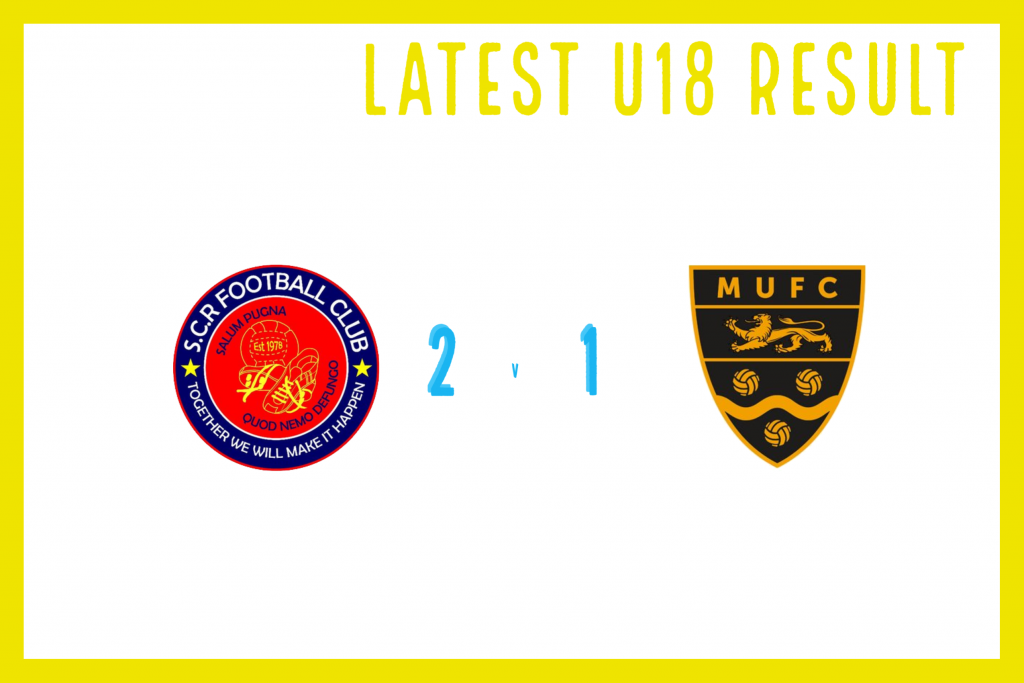 The U18’s came from behind to pick up all three points against league leaders Maidstone Utd last night.

Having missed several chances early on, the lads fell behind on the half hour, after a rare mistake by usually faultless goalkeeper Toby McKimm gifted Maidstone the opening goal. We continued to have the better of things, but the woodwork, good goalkeeping and a disciplined performance from Maidstone kept us at bay.

The equaliser came midway through the second half, when captain fantastic Ollie Hamstead got on the end of a Bobby Moore set play and thumped home a header at the back post.

A strong Maidstone side continued to frustrate us, but with time running out, and it looking as though we would drop our first points of the season, Harry McKnight latched onto a Hamstead through ball, outpaced the Maidstone defence and poked the ball beyond the advancing keeper to give us all three points.

The result saw us move up to second spot in the table, three points adrift of Maidstone, but with seven games in hand.

Glebe and K Sports are level on points with us, but we have four and five games in hand on both of them. Cray Valley PM are a further point back and we have two games in hand, and meet them at the David Weir tomorrow night.