LATE GOALS IN EACH HALF SEAL FATE 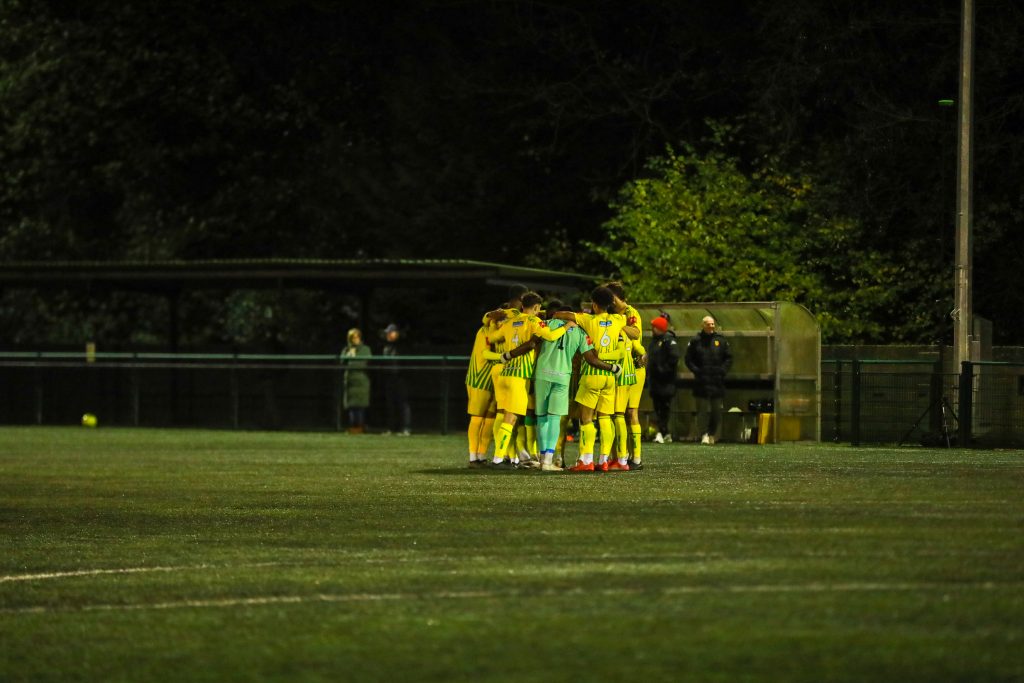 Rovers slipped to a second successive defeat when going down to a 2-0 defeat at home to Uxbridge on Wednesday night.

After defeat at Hanworth Villa on the Saturday, Darren and Lee were looking for a response from the lads, and although thr performance had good moments, it was a generally lacklustre effort.

Rovers started quite brightly and in the opening minute a great cross by Tyler Cox was headed goalwards by Balai Dembele, spilt by Tyler Tobin and Shawn Lyle was just unable to force the loose ball home.

Uxbridge responded well, and Bertie Lloyd did well to prevent Dan Williams getting through on goal.

Tobin gathered a long range effort by Courtney Swaby but was possibly fortunate to survive as Matt Surmon intercepted his throw out but couldn’t quite bring the ball under control and Uxbridge cleared.

Victor Osobu bought a good save out of Endurance Johnson away to his right, and on the quarter hour Johnson got in all sorts of trouble from a Josh Andrew cross but we were able to scramble the ball clear.

Williams fired a low shot through a crowd, bringing a tidy save out of Johnson low to his left. Uxbridge were now turning up the pressure, and we were on the back foot.

Just shy of the half hour a low Jephte Tanga cross was turned behind by Andrews and from the corner Lloyd headed wide. Cox then fired a low shot through a crowd, Tobin fumbled and Lyle was penalised for a foul on the keeper from the follow up.

Uxbridge forced a succession of free kicks into dangerous areas before Alan Hedley fired a shot from distance straight down Johnson’s throat.

Five minutes before the break and neat work between Tanga and Kevin Diomande almost set us up with a chance but a superb block by Elliott Poley prevented Diomande from opening the scoring.

Lyle thought he had opened the scoring a minute before the break when he forced the ball home from a corner, but the strike was ruled out for handball – hand on heart, didn’t see an infringement, but no complaints from the lads.

Uxbridge struck in first half stoppage time, a move on the right, led to a fierce strike by Osobu being blocked by Diomande’s hand, frustratingly the initial ball in looked offside, but them’s the breaks at times. A spot kick was awarded and Alex Witham sent Johnson the wrong way from the spot.

It has to be said, the second half, was a fairly dismal affair with both sides seemingly going through the motions, with very little to warm the cockles of anyone on the sidelines.

A Witham free kick was curled wide of Johnsons left hand post and that was about it until about ten minutes from the whistle.

Lewis Patrick missed a glorious chance to seal the game when planting a free header from six yards wide of the left hand post.

Neat link up between Diomande, Tanga and substitute Kyron Richards almost fashioned a chance for us, but there was no one on hand for the final delivery. With time running out a long throw by Rhamar Garrett-Douglas eventually led to a Lyle shot being blocked.

The game was wrapped up in the 90th minute, with Rovers pushing for an equaliser, Uxbridge broke and Witham fired low beyond Johnson to seal the win.