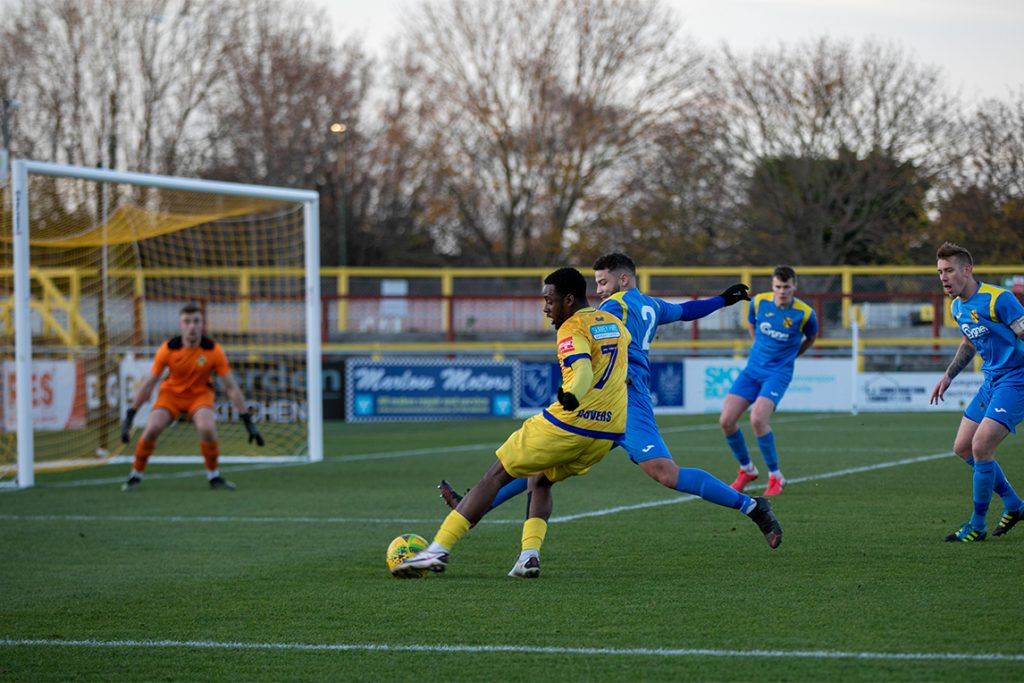 Westfield started brightly and the lively Kai Hamilton-Olise bought a good save out of Sheikh Ceesay on two minutes and shortly after, capitalising on Rovers giving away possession, Hamilton-Olise fired over from a difficult angle.

Despite the visitors bright start it was Rovers who struck first. Neat play between Kiye Martin, Anh-War Tran-West, Matt Tanton and Perri Iandolo ended with Martin being bought down in the area. Connor French fired home the spot kick for 1-0. Two minutes later and Tran-West saw his goal bound effort blocked by Luke Elliott as Rovers pushed for a second.

IK Hill and Sam Evans both had efforts for Westfield that failed to trouble Ceesay. Evans then saw an effort blocked by Niran Butler on 25 minutes and on the half hour we nicked the ball off Westfield, broke quickly through Will Efambe, but his shot was comfortable for Callum Backhurst. And ten minutes before the break the impressive Iandolo also saw an effort held by Backhurst.

Scores were level on 41 minutes, Mo Dabo was harshly adjudged to have fouled Evans in the area, and from the spot kick Samir Bajja crashed the ball beyond Ceesay, to send the sides in all square at the break.

Rovers had the first chance of the second half, ten minutes in, when Martin was fouled on the edge of the area but Tran-West could only put his effort wide, Ceesay then did well to deny Hamilton-Olise with a good low save. There were half chances for both sides which failed to trouble the keepers, before Westfield hit the front on 62 minutes. Ceesay saved well from a low shot, Tanton blocked the follow up before Evans fired home the loose ball.

Rovers introduced Ollie Twum for the first time since early October, and he almost had an immediate impact getting beyond Joel Nakatani-Brown and being pulled down, but inexplicably play continued. Westfield broke quickly and Ceesay saved well from Hamilton-Olise.

Scores were level on 79 minutes, Twum again got beyond Nakatani-Brown, and this time the foul was punished and Tran-West fired home from the spot for 2-2. It looked now as though Rovers would go on and pick up something out of the game.

Five minutes from time and a Brendan Murpy-McVey conrer just evaded Jay Dunstan-Digweed and Twum and it was to be a costly miss. A mistake at the back on 87 minutes saw Sheridan Campbell released and he clipped the ball over Ceesay for 3-2, and with Rovers chasing the game Campbell was able to get away in stoppage time to score again and give Westfield a 4-2 win. 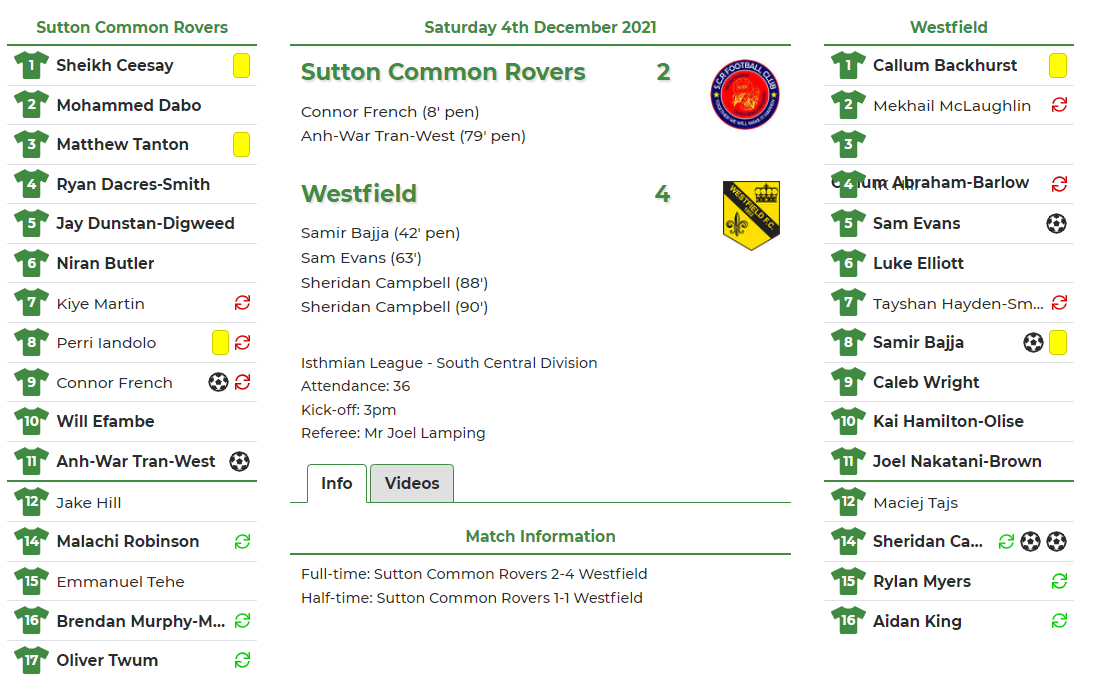