LEAGUE CAMPAIGN STARTS WITH A WIN 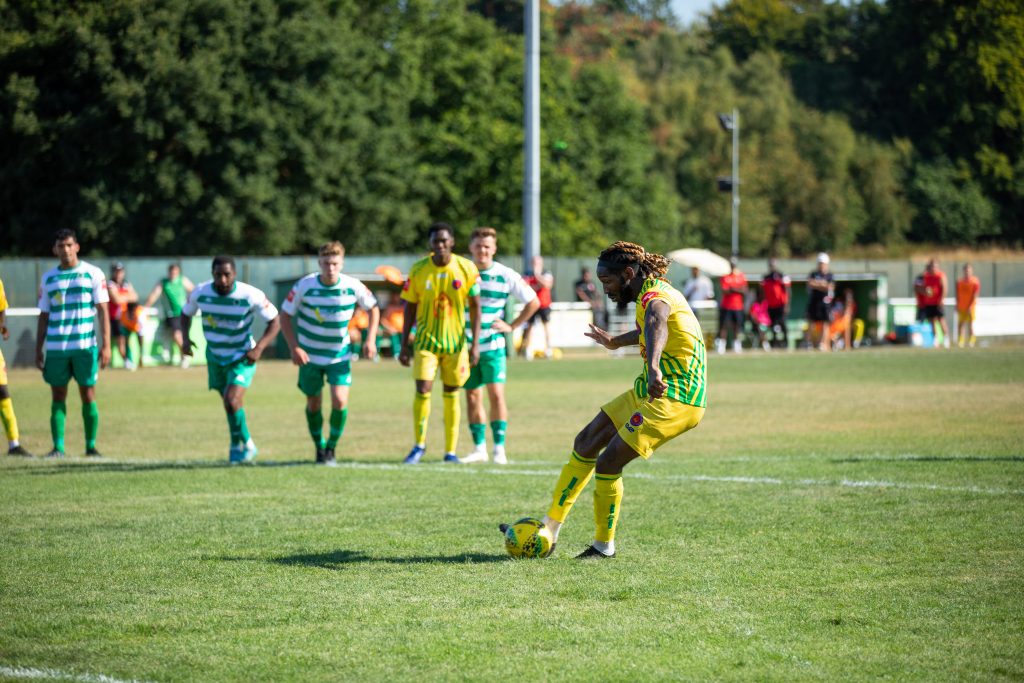 A brace from Shawn Lyle, plus one each for Bertie Lloyd and Kyron Richards gave the firsts a 4-3 win away at Chipstead on the opening day of the Isthmian South Central season.

We did manage to concede the first goal in the division this season, and at that stage, given the previous two games their was little for the supporters to be optimistic about.

However what Darren and Lee said to the lads worked, Lloyd flicked home a header and Lyle poked home from close range to put us 2-1 up and although Chipstead equalised on the stroke of half time, there was still time for Richards to put us into the lead with the last kick of the half.

Lyle added a penalty midway through the second half and although Chipstead pulled another back we held out for the win.