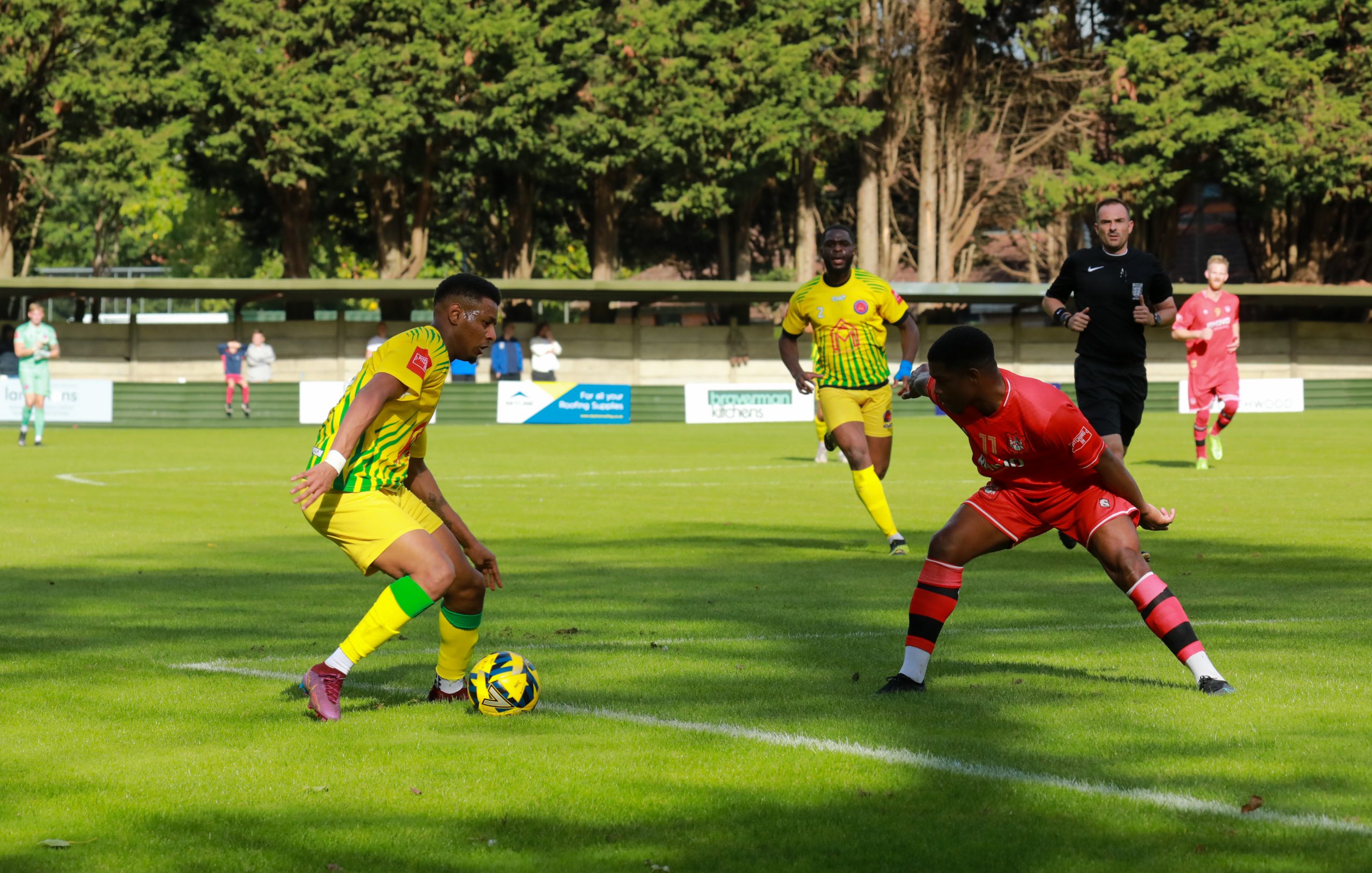 The last place you would want to go when in a poor run of form is to the league leaders, but that is where Rovers found themselves on Saturday and, despite the result, it was a much improvement

The management made five changes from the side that lost against Bedfont Sports, Dan Purdue, Kevin Diomande, Geneiro Maragh, Shawn Lyle and Kevin Songolo all in from the start. Endurance Johnson and Courtney Swaby dropped to the bench; Rhamar Garrett-Douglas and Kyron Richards were both injured and Jake Rumble unavailable.

Rovers started quite brightly and on two minutes neat link up between Diomande and Nebay Haile ended with the latter firing an effort wide of the left hand post. The hosts though were not top of the league for nothing, and on four minutes good play by Micah Jackson saw him set up Carl Stewart but his low drive was well saved by Purdue diving away to his left. Two minutes later and a cross from the left was headed beyond his own keeper by Bertie Lloyd to put the hosts 1-0 up.

A minute later and Purdue saw his clearance half blocked and from the eventual cross Rovers managed to smuggle the ball clear. Rovers were now on the back foot, and Northwood were able to keep possession and move the ball around the park nicely, without really troubling the Rovers backline.

Rovers had a couple of half chances without causing Andrew McCorkell any problems, and fell further behind on 17 minutes. Maragh failed to get a delivery into the box when well placed and a lightning, incisive break from the hosts saw a succession of one touch passes eventually seeing the ball find the prolific Josh Helmore who converted for 2-0, and at that stage you worried for the final score.

However Rovers dug in, and limited the Northwood shots on goal and gradually got a foothold in the game. With just under ten to go before the break good work by Haile saw his cross destined for Tyler Cox, but a great defensive header by Luke Tingey cleared the danger. Lloyd went into the book for a foul on Sydney Ibie, and in stoppage time a corner was won by Halsey and as the ball dropped down Cox fired just over the bar and Northwood went into the break two goals to the good.

Rovers started brightly in the second half, and five minutes into the half were given a chance to get back into the game. Cox was becoming more of an influence and after good work on the left he found Songolo who was hauled down on the edge of the area. From the free kick Cox beat the wall but saw his effort drift into the side netting.

Nebay Haile made way for Francis Mampolo on the hour as Rovers looked to freshen up their attack. Diomande went into the book for a foul on Stewart and from the free kick Purdue gathered at the second attempt. At the other end Mampolo did well on the right to force a corner, and from the delivery a scramble led to Lyle poking wide of the left hand post.

Ibie fired an effort through a crowd with just under 20 minutes remaining but Purdue was able to gather, and five minutes later a flicked header by Halsey, from a Songolo cross, drifted wide of the right hand post. It was the last action for the pair as a double change saw Swaby and debutant Deji Owoeye replace them.

With 15 minutes remaining Purdue claimed a cross well and found Mampolo, he beat a couple and played a neat one-two with Cox before firing high over the bar. With five minutes to go Rovers were back in the game, Cox did superbly on the left and squared to Mampolo who fired through a crowd for 2-1. In the melee that followed Lyle was kicked to the ground by Northwood’s Sam Jenkins, but inexplicably only a yellow card was issued.

Rovers pushed for an equaliser, but it was Northwood who went closest to scoring again, when Ibie forced a good save out of Purdue, and that was that. 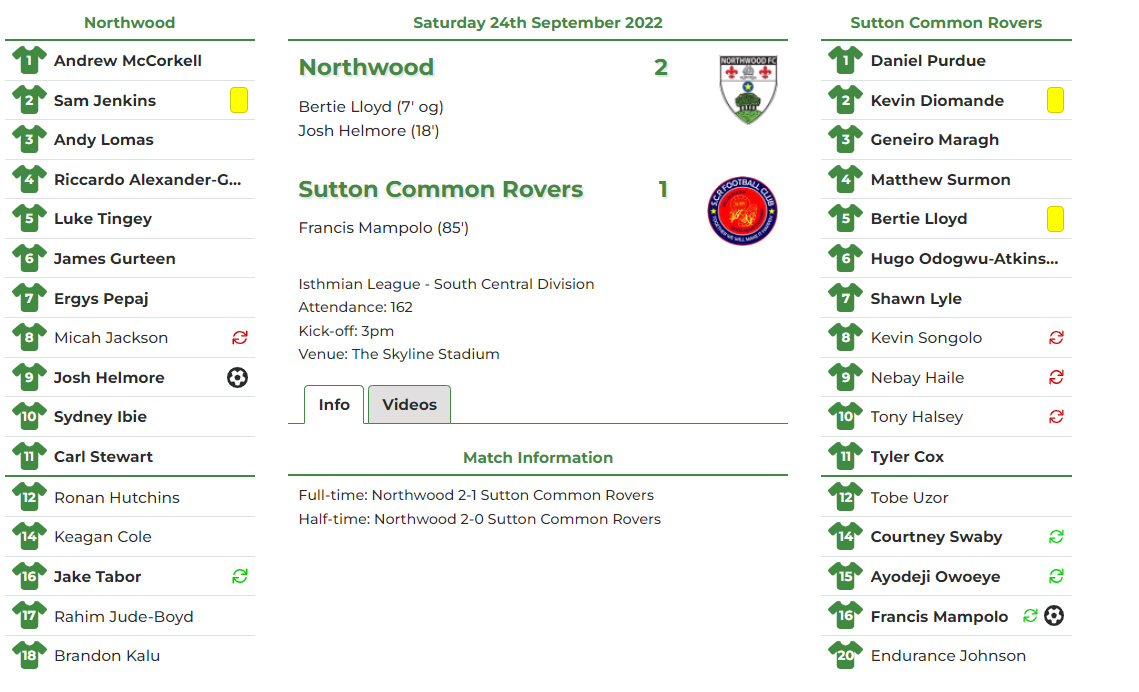