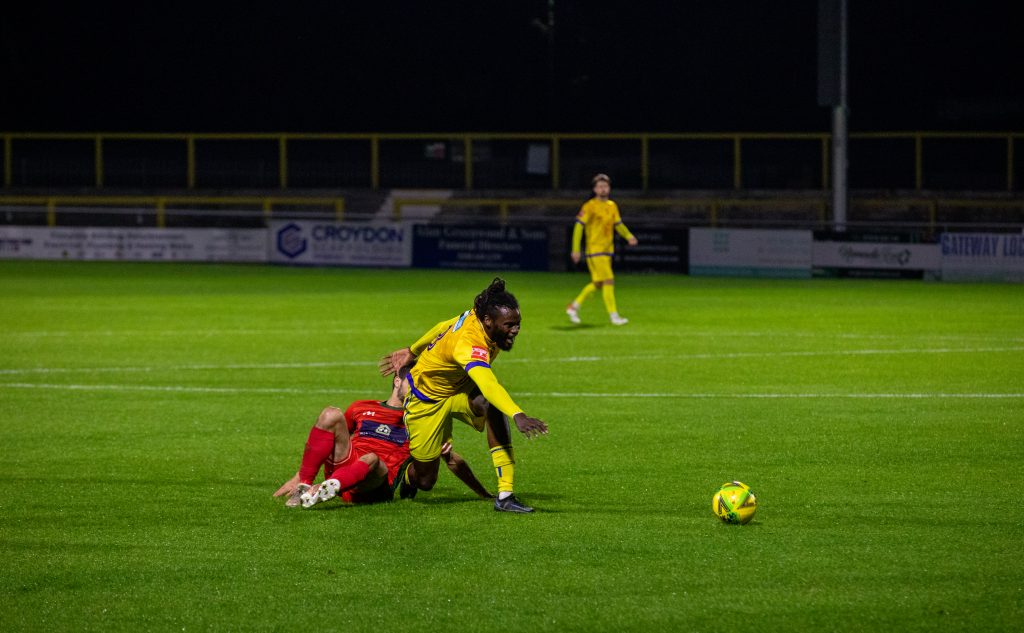 The First team slumped to a shocking 6-0 defeat at home to South Park on Tuesday night, in what was one of the worst performances in recent years, certainly the worst since we have returned to Sutton.

Darren made one change from the side that had played out in Guernsey, with Ollie Twum starting in place of Dejahrn Grant, the latter having been delayed in making the meet time. There was a place on the bench for new signing Connor French, and a recall for Tyrell Butler.

South Park took the lead early on when neat work on the left by Adam Aziz, saw a cross into the middle of our box, where the giant Melford Simpson was left unmarked and planted his free header through Mackenzie Foley. Rovers responded positively and after a Brendan Murphy-McVey corner had been cleared back to him, the follow up cross saw Ollie Twum’s close range shot well saved by the experienced Sam Freeman in the South Park goal.

It was 2-0 on 29 minutes, when Simpson turned provider his pull back from the byline finding Eric De Melo Calheiros and although his shot on turn hit the post, it rebounded off the unfortunate Foley and in for 2-0. Rovers thought they had a lifeline back into the game minutes later when Joe Bell hauled down Twum in the area, but after consultation with the linesman they decision was goalkick.

Shortly before the break and it was 3-0, this time a through ball looked destined for Dabo, but the Rovers defender slipped allowing Alex Felipe a free run on goal and he duly rounded Foley for 3-0 effectively sealing the game for South Park

It got worse for Rovers a minute into the second half. Several mistakes saw the ball gifted to South Park, and although Foley saved the first effort, the rebound fell to Calheiros, who was hauled down by Dabo, earning his second yellow and reducing us to ten men. Aziz took the spot kick, which was brilliantly saved by Foley away to his right.

Foley who was having an evening too forget shanked a clearance straight to Aziz who lofted the ball straight back over his head for 4-0.

It was now just a case of damage limitation for Rovers, and thanks to some woeful finishing and brave defending they restricted the visitors to just a couple more goals. With fifteen minutes to go Ryan Healy was bundled over in the middle of the park, play continued and a deep Calheiros cross found the impressive Aziz and he calmly fired low beyond Foley for 5-0 and scoring was completed with three minutes remaining when Ibrahim Jalloh was given the freedom of the Rovers half to race clear and fire home.

For Rovers it is very much back to the drawing board, and a turnaround in fortunes is urgently required. A couple of positives though, once again Grant looked lively when he came on, and looked to be a positive attack source, and debutant Connor French was busy and caused a few problems.