LYLE ON TARGET AS FIRSTS DRAW 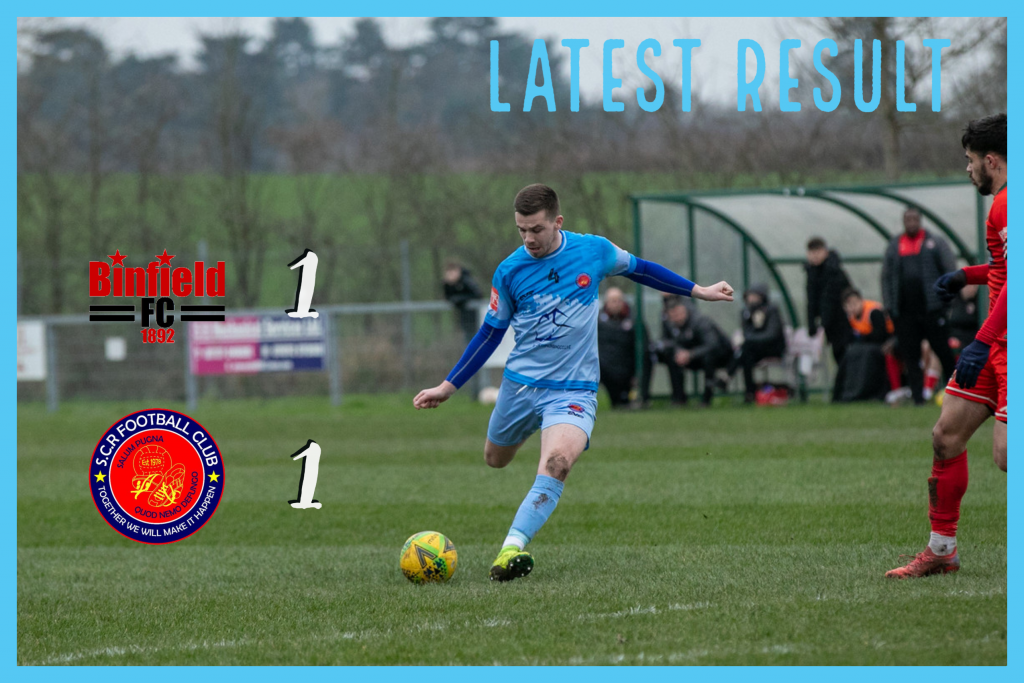 Rovers picked up another vital point away at Binfield, when a Shawn Lyle header on the stroke of half time gave them a share of the spoils in a 1-1 draw.

With injuries and unavailabilities, Darren Salmon was forced into putting the central midfield duo of Ryan Dacres-Smith and Ryan Healy into emergency roles in the backline, and both were to perform manfully in unfamiliar positions.

The hosts started brightly forcing a couple of early corners which Rovers defended relatively comfortably. Liam Tack fired goalwards on 5 minutes, which James Dillon gathered comfortably and a shot from distance by Lewis Pegg was well wide of the Rovers goal. Ten minutes it and Rovers had their first chance, Christoph Aziamale did superbly to shrug off three defenders, only to see his shot blocked by Chris Grace in the Binfield goal and cleared for a corner, which eventually led to a shot by Perri Iandolo being gathered by Grace.

Having survived a penalty scare on 18 minutes, when Tack went down under pressure from a Germaine Dua challenge, Rovers thought they had opened the scoring on 21 minutes. A surging run by Anh-War Tran-West ended with his shot being part blocked by Liam Gavin with Halsey latching onto the loose ball and volleying beyond Grace. Unfortunately for Rovers the flag went up, and the goal chalked off. From the free kick, Sean Moore found his way through on goal with only Dillon to beat, but the Rovers keeper stood up well to make the save.

Binfield opened the scoring on 28 minutes, Dillon saved well from Callum Bunting, but the ball wasn’t cleared and a low cross into the area found Jonathan Denton who stroked the ball home from eight yards for 1-0. Ten minutes from half time and Binfield had an opportunity to increase their lead. Matt Tanton was harshly adjudged to have pulled down Moore on the edge of the area, earning himself a booking. From the free kick by Tack the Rovers wall held firm and the danger passed.

Rovers had a good shout for a penalty on 38 minutes, when a Tran-West effort appeared to strike a Binfield hand in the area but play continued, and it wasn’t until first half stoppage time that Rovers forced an equaliser. On the stroke of half time, a long throw into the area by Halsey was flicked on at the near post by Lyle and looped over everyone and into the net for 1-1.

As with the first half Binfield started brightly and forced a corner in the opening seconds, but the delivery flashed across the face of goal and off for a goal kick. Ten minutes into the half and Aziamale went into the book for kicking the ball away. Shortly after and after Binfield had cleared a Halsey throw, Tanton saw his shot gathered by Grace.

Dylan Ive fired wide for Binfield on the hour, and a minute later a header by Gavin was gathered by Dillon. Midway through the half, and Aziamale was denied by Grace, bravely down at the forwards feet, and from the corner Binfield scrambled the ball off the line.

Jephte Tanga was bundled over with ten minutes remaining, but the free kick by Iandolo saw the flag raised and any chance go begging. Halsey headed a Tanton cross wide on 81 minutes, and Rovers missed a glorious chance to pick up all three points with five minutes remaining. Iandolo won the ball in the middle of the park and found Halsey, he was denied by Grace, and as the loose ball fell to Tanga he only had to stroke the ball into the empty net, but screw his shot horribly, only to see it land at Halsey’s feet, but the forward was unable to convert and the chance, and the points went begging. 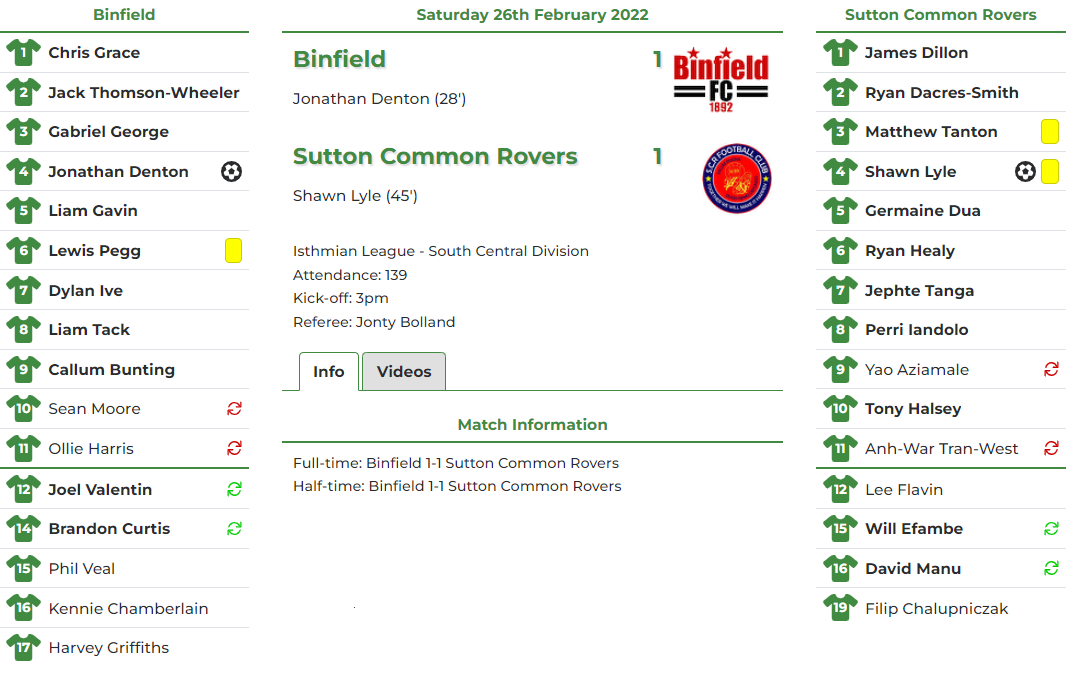