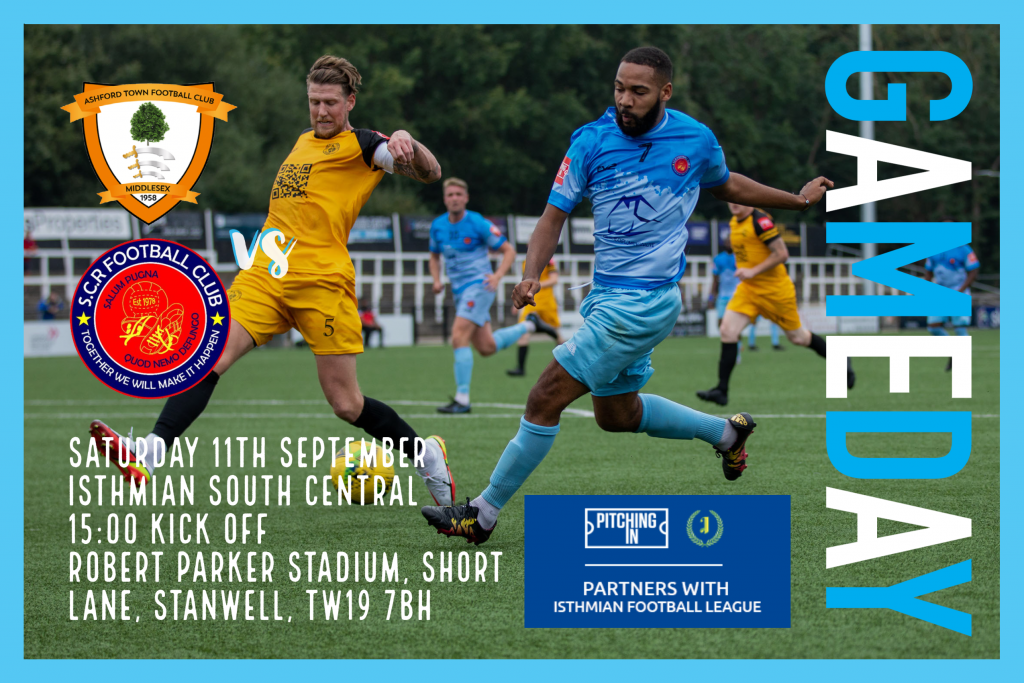 After the delights of last weekends FA Cupset, the First team are back in league action this afternoon when they make the trip to the Robert Parker Stadium to take on Ashford Town (Middx) in the Isthmian South Central.

Ashford are well known to us from their days in the Combined Counties League where they were always one of the top sides. This season they are under the leadership of former Knaphill manager, and of course an ex-SCR coach and friend of the club, Luke Tuffs.

Like ourselves they had a sticky start to the campaign, but have picked up their first win over the season with a thumping 5-0 win away at Staines Town, and followed that up with a excellent 2-1 win over Tilbury in the FA Cup.

So with both sides picking up form, this has the makings of an outstanding match.