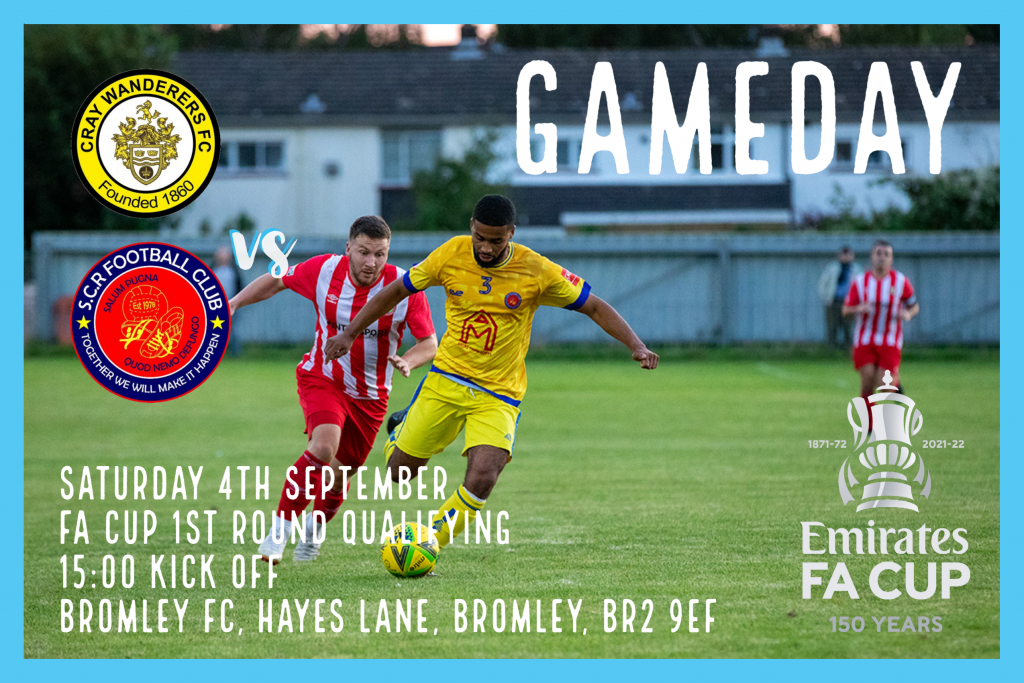 The First’s take a break from league action tomorrow afternoon when they head off to the oldest side in London, in the shape of Isthmian Premier Division Cray Wanderers for an FA Cup First Qualifying Round tie.

Cray currently sit in 9th spot in the table, with six points from their four games played. Their last two league games though have seen them go down to a 2-1 defeats against both Margate and Worthing, prior to that they had won 2-1 at Hornchurch and opened the season with a 3-1 win over Lewes.

This season they are under the management of former Gillingham and AFC Wimbledon striker Danny Kedwell, and boost several well known names in the non-league scene, including former Sutton Utd defender Dean Beckwith and former AFC Wimbledon, Staines Town and Slough Town goalkeeper Jack Turner. A familiar face to us will be Anis Nuur, who has seen time with both Westfield and Colliers Wood Utd.

To get anything out of the game we will need to be at our very best, and the lads can go into the game in confident mood, buoyed by picking up our first point of the season at Tooting & Mitcham on Tuesday night.

Darren has a big squad at his disposal, although Jay Dunstan-Digweed who was stretchered off against Tooting looks likely to miss out. Back in the squad after missing out on Tuesday are Shawn Lyle, Sam Tutt and Naseem James.

This equals the furthest we have been in the FA Cup