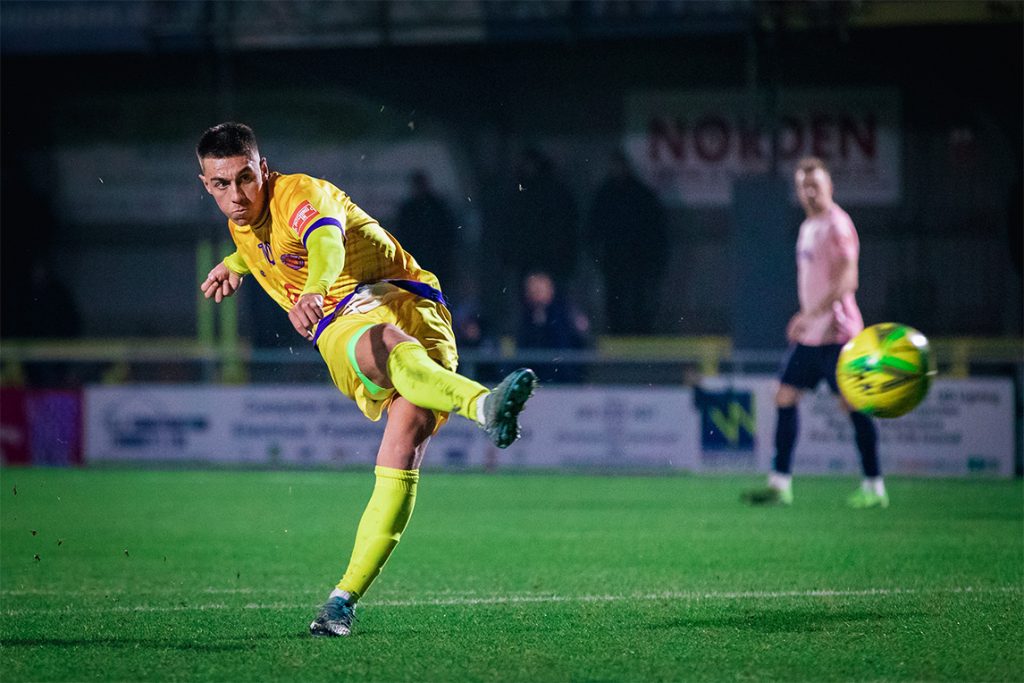 Sutton Common Rovers boss Darren Salmon was handed an early Christmas present thanks in part to two-goal hero Perri Iandolo and the returning Marlon Pinder as they defeated an out-of-form Chipstead in the Isthmian League South Central division.

It was the first of the festive six-pointers for Rovers, successfully negotiated as they leap-frogged their opponent into 14th place in the league table. Salmon’s side had only won once in the last six league outings with their opponents not tasting victory since mid-October, picking up just three points since.

But Chips must’ve thought that this was as good a chance as any to end their poor run as Sutton fielded no less than four debutants were named in the squad, plus the return of the popular Pinder. It’d undoubtedly take time for the new faces to gel with the side and that’s surely where Chipstead would capitalise.

Therefore, it was no surprise that the visitors were the more threatening in the opening exchanges. The best of the chances fell to Stanic-Stewart who’s free header in front of goal was somehow put wide. Rob Kember’s side were wasteful whilst Rovers found their feet.

With half-time looming and thoughts on a stalemate starting to creep in, Rovers took the lead with their first real chance from open play; Pinder broke the back line with his first effort saved but followed up neatly on the rebound. The sprint to the dugout and subsequent hug with Salmon showed what that meant to the number 8.

Rover’s intensity picked up in the second half as they looked to put the game to bed. With just over ten minutes played, a foul in the box gave them their golden opportunity. Up stepped 18 year old Iandolo who showed composure from the penalty spot to double the lead.

A potential spanner in the works presented itself as a straight red card for debutant Germaine Dua as referee Jonathan Bollard deemed the defender to have denied a goalscoring opportunity. Chips once again looked to pounce on the opportunity but keeper James Dillon expertly snuffed out everything that came his way.

As a contest, the game was up with twenty minutes left. A decent counter down the left side saw a brilliant cutback to Iandolo who had time and space to take a touch and fire home from 15 yards. 3-0… job done.

Salmon was delighted with the desire and intensity of his side as they grew quickly from the first minute onwards. Carry on in that fashion and there’s only one way they’ll head – up the table.

Huge thank you to Corinthian Casuals programme editor and friend of the club Stuart Tree for the report. 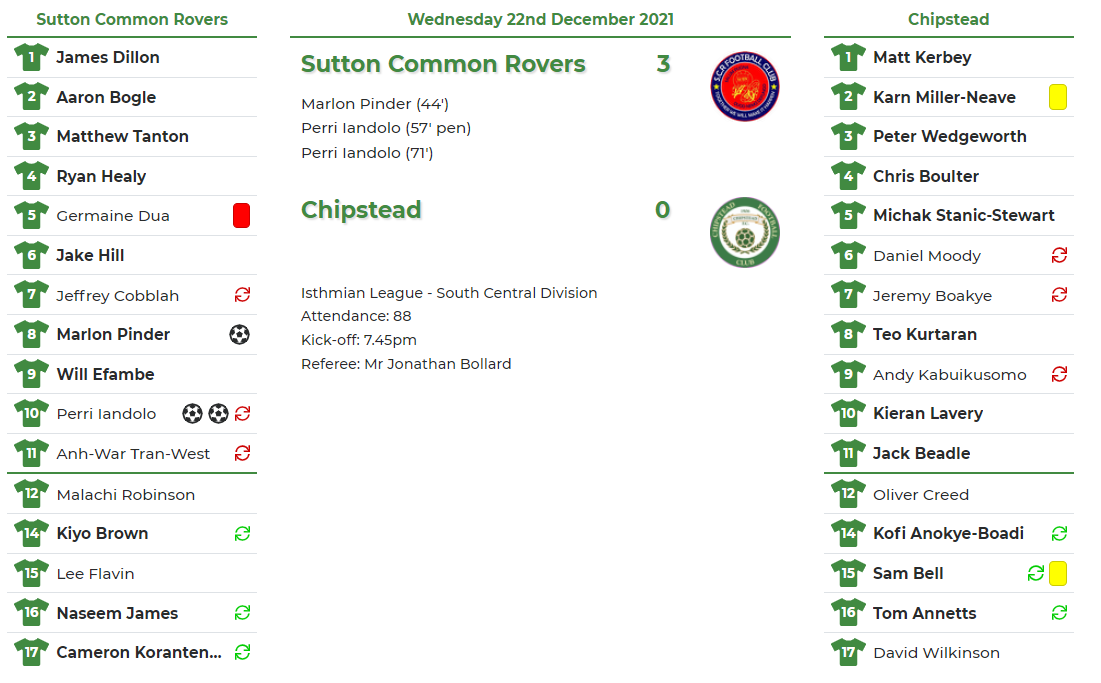