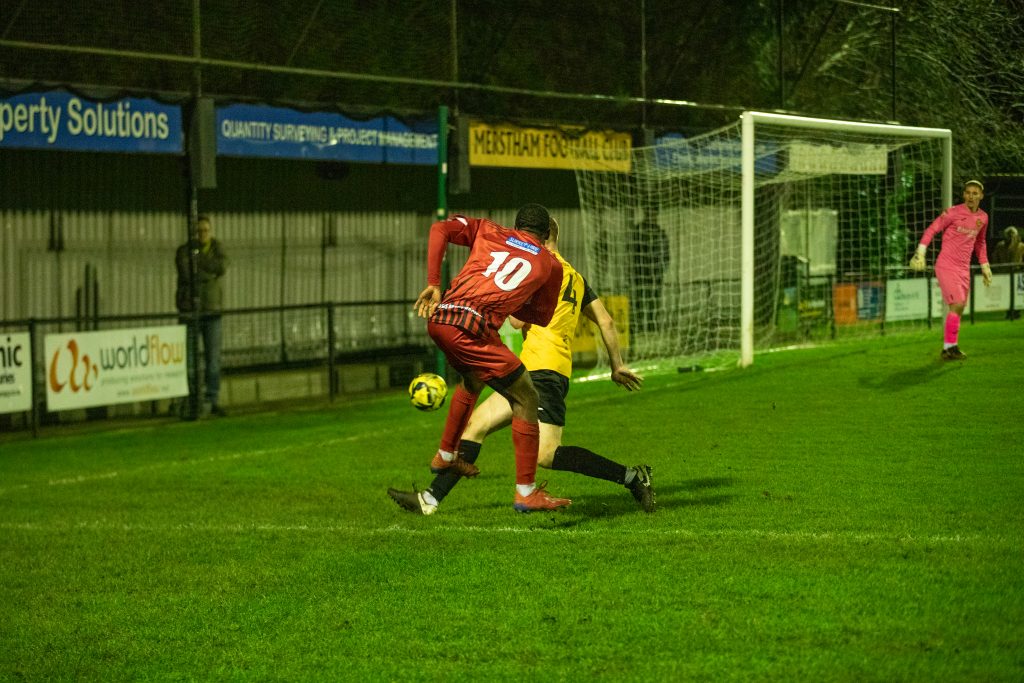 Rovers made it an unwanted nine straight league defeat when slumping to a 3-0 defeat away at fellow strugglers Merstham.

A much changed side from the Saturday defeat saw four changes with Markus Marku and Danny Divine making debuts, alongside a start for Tyrese Sutherland and the returning Daryl Cooper-Smith.

Goals in the last fifteen minutes of the half by former SCR men Adam Allen and Aaron Goode gave Merstham the lead, and although Rovers battled in the second half a strike by Adam Adam made it 3-0.