NEW YEAR STARTS WITH A LOSS 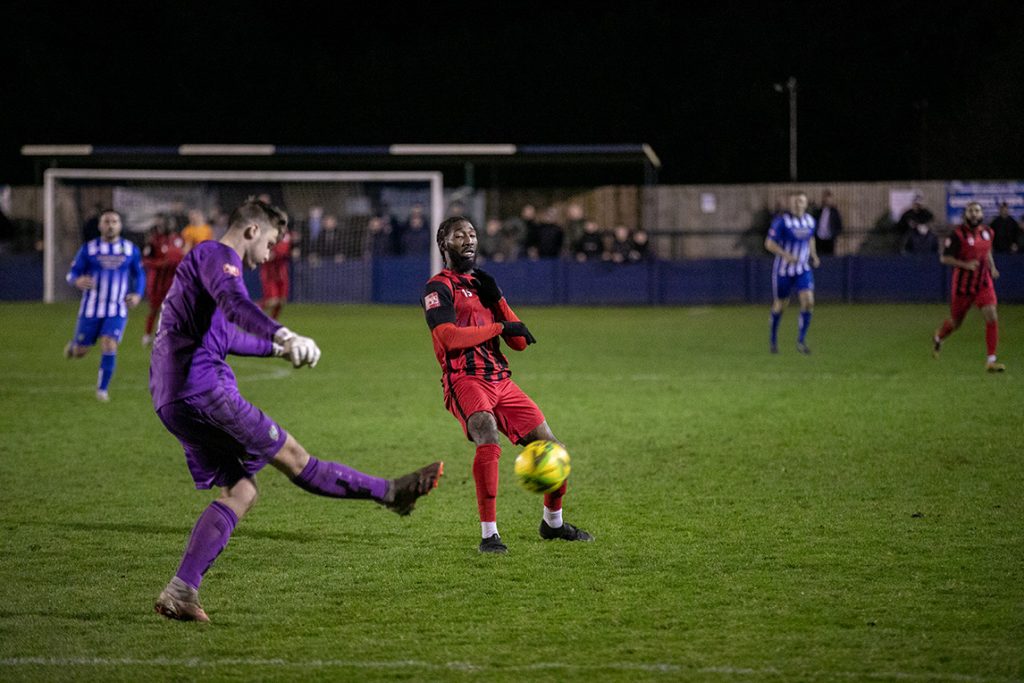 Despite a hard-working performance Rovers started 2022 with a defeat away at play-off chasing Chertsey Town on Monday. Darren Salmon made two changes from the side that defeated Chipstead the previous game, with skipper Ryan Dacres-Smith back in after his COVID break, and Aaron Goode replacing Jeffrey Cobblah, who dropped to the bench and the suspended Germaine Dua.

In front of a partisan 350+ crowd, the hosts were bright from the start and put Rovers under early pressure. Ashley Lodge saw a shot deflected wide for Chertsey early on and 6 headed over from the resultant corner. Our first attack of note came just shy of ten minutes and neat link up between Marlon Pinder and Matt Tanton saw a whipped cross from Tanton just ahead of Anh-War Tran-West.

Magnus Abisogun then saw his shot blocked after he had got beyond Tanton down the Chertsey right. Chertsey thought they had opened the scoring on eleven minutes when the veteran Mark Bitmead cut inside from the left and drilled a low shot into the bottom corner, fortunately for Rovers, the offside Jake Baxter was pulled up for interfering with Dillon’s view and the goal chalked off.

Midway through the half and Chertsey were awarded a penalty after Ryan Healy had caught Baxter in the area. The normally prolific Baxter struck a decent penalty only to see James Dillon pull off a brilliant save diving away to his right. Chertsey continued to dominate, Abisogun was causing us all sorts of problems and from one cross he set up Sam Murphy who volleyed over.

Lewis Jackson fired wide of the left hand post, and on 35 minutes the pressure paid, when Bitmead fired the ball wide to Abisogun, he beat Aaron Bogle before guiding the ball beyond Dillon for 1-0. Dillon then did well to turn a low driven effort by Jackson wide as Chertsey went for the kill.

Dacres-Smith hooked a 6 effort off the line, and it looked as though Rovers might get in to the break just a goal down and feeling they might pinch something out of the game. However, five minutes into first half stoppage time Abisogun left Aaron Goode in a heap, with the defender hauling him down. Up stepped Ashley Lodge to crash the spot kick home and leave Rovers with a mountain to climb.

Rovers had to make a better fist of things in the second half, and it was so it was to prove. The passing improved and we were more competitive even if we found it difficult to break down a solid Chertsey backline. Will Efambe fired an effort wide early in the half, having skipped passed Jackson. And he repeated the feat ten minutes into the half, this time seeing his effort deflected behind for a corner.

Efambe then did well again, setting up Tanton who saw his cross plucked out of the air by Lewis Gallifent. A quick release freed the lightning Abisogun and he eventually saw his effort deflected behind for a corner.

We made a triple change with 20 minutes to go with Efambe, Pinder and Tran-West making way for Malachi Robinson, Jeffrey Cobblah and Shawn Lyle.

Murphy saw an effort deflected over with ten minutes to go and that was pretty much the end of the action.

We need to pick ourselves up and go again next week against Marlow. 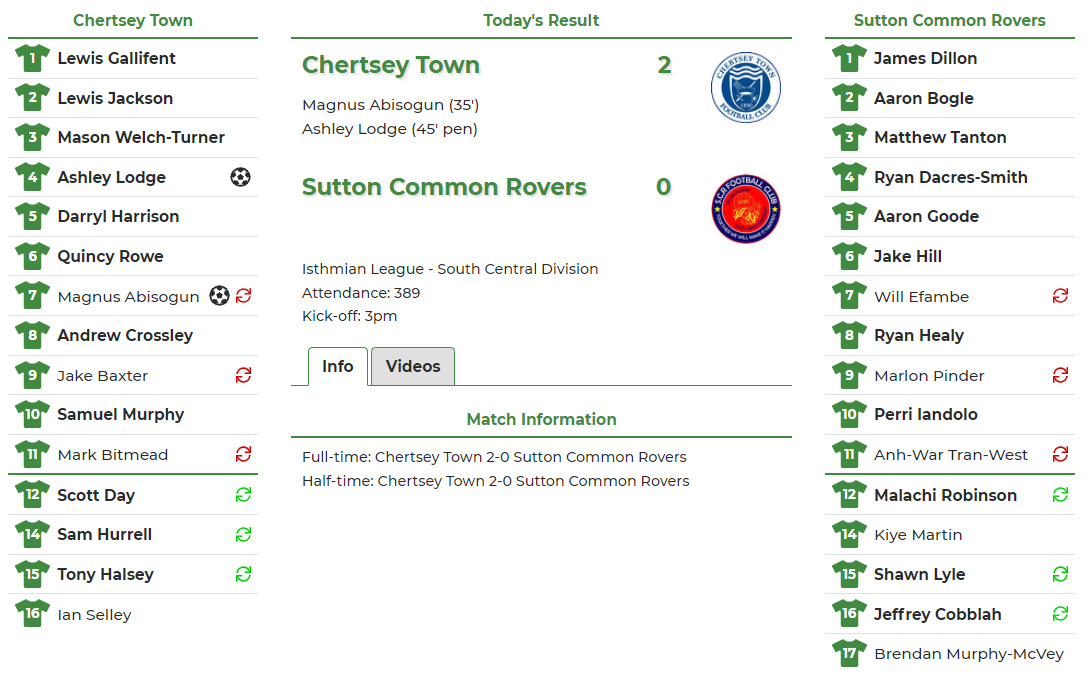