OPENING DAY DEFEAT FOR THE FIRSTS 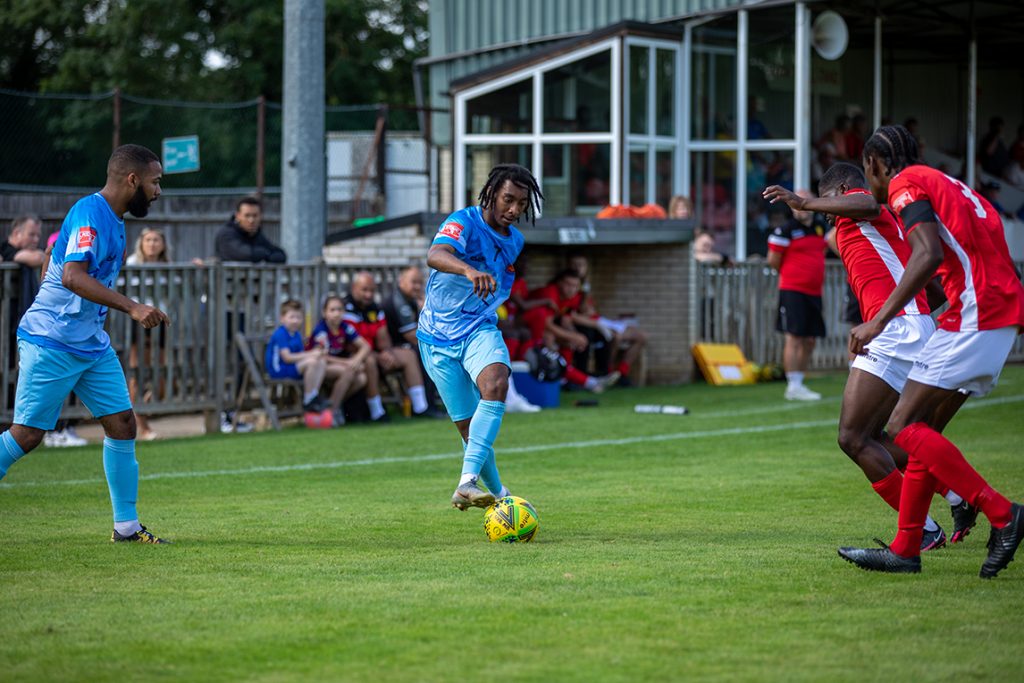 Rovers first sojourn into Step Four football ended in disappointing fashion when they slumped to a 2-0 defeat away at Uxbridge on a balmy August afternoon.

Rovers actually made quite a bright start with Kiyo Brown causing the Uxbridge backline some problems, but no chances were created.

The game changed on 13 minutes, when Uxbridge’s Alex Witham was fouled by Ryan Healy, but kicked out at the Rovers debutant, earning himself a straight red. From here though the hosts took control, keeping the ball well, and generally taking the sting out of anything Rovers could offer.

Alan Hedley fired an effort through a crowd which was a comfortable gather for Michael Eacott, but the battle was mainly in the middle of the park. Rovers did go close on 44 minutes, when a deep Jake Hill cross was only half cleared by the impressive Tyler Tobin in the Uxbridge goal, and with the net at his mercy, Brown could only hit the keeper, who was up quickly to gather the loose ball.

Rovers replaced Brown with Kyle Henry at the break, but it was Uxbridge started the second half brightly, but were guilty of wasting numerous good chances, and forcing Rovers keeper Eacott into a couple of tidy saves.

Numbers were evened up just after the hour when a high mistimed challenge by Healy saw him also given a straight red and shortly after the hosts took the lead. The tricky Mahlondo Martin turned Matt Tanton left and right before delivering a pinpoint cross to Tony Mendy who headed into an empty net.

Jake Hill and Brendan Murphy-McVey made way for Jay Dunstan-Digweed and Dejarhn Grant as Rovers looked to get back into the game, but despite some neat play on the edge of the area they were unable to trouble Tobin.

Uxbridge sealed the game just over five minutes from time, Martin drove at Tanton, cut inside the full back and drove a low shot beyond Eacott for 2-0.

Rovers woes were completed in stoppage time, Eacott saved bravely at the feet of David Sota, but was adjudged to have kicked out whilst on the floor, and saw red, whilst being stretchered off.

Plenty to learn from for Rovers, and they will need to adjust quickly to life at Step 4. 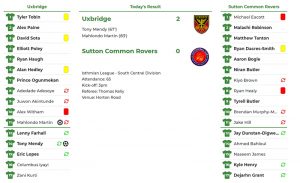