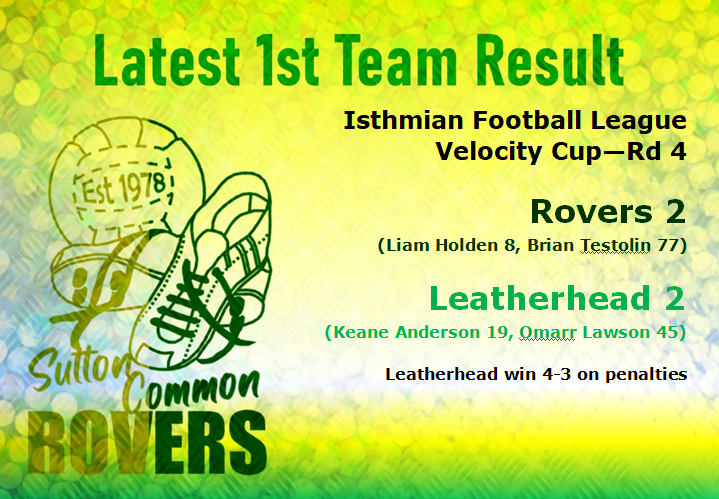 Despite a battling effort the first team bowed out of the Velocity Cup in the Fourth Round on Wednesday night.

Liam Holden gave us the lead early on before Keane Anderson levelled for Leatherhead midway through the first half. Omarr Lawson fired the visitor ahead on the stroke of half time, and it stayed that way until fifteen minutes from time when Brian Testolin levelled for us.

The game went to penalties, and as is his way, Leatherhead’s penalty saving expert Slavomir Huk pulled off two stops, with the visitors only missing once and they progressed to a Quarter Final against Aveley.